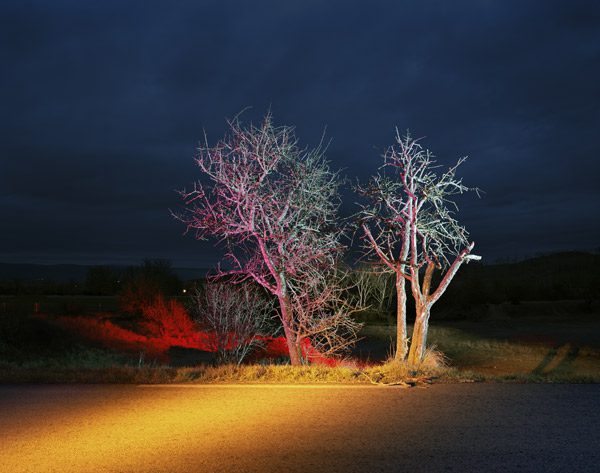 This year’s Armory Show marked 100 years since the original Armory Show of 1913 – one of the single most important events in contemporary art that had featured art by Duchamp, Picasso, and Brancusi and revealed the European avant-garde to the United States. The centennial of the fair’s namesake was celebrated by paying homage to the original with an inclusion of thematic programming and an abundance of Duchampian references throughout the show.

Andrew Ohanesian’s was perhaps the most apt: his Urinal, on view at Pierogi, was an interactive and functional version of Marcel Duchamp’s 1912 sculpture. Francis M. Nauman Fine Art’s memorable booth brought their exhibition, Nude Descending a Staircase: An Homage featuring works by 31 contemporary artists, such as Richard Prince, Ai Wei Wei, Yoko Ono, amongst other big names. Sherry Levine employed Duchampian appropriation by displaying a series of postcards of Duchamp’s painting, following Nauman’s request for the artists to create work that evokes Duchamp’s spirit.

While highlighting the impact of the European avant-garde artists, The Armory Show 2013’s focus was the emphasis of the artistic achievements of the USA. Under the curatorial vision of The Andy Warhol Museum’s director, 17 established and emerging galleries exhibited a shock of the new and the old, encompassing the 1913 fair’s excitement of introducing modernism to the United States. From Dave Cole’s extremely large American flag, Flags of the World, to the politically-charged red, white, and blue neons by Type A, and the Gagosian booth engulfed by Warhol wallpaper, the spirit of American Art was in full force. As Mayor Bloomberg emphasized that the Armory makes an economic contribution to the city, there is no denying that Andy Warhol would be pleased with the commerce that takes place at the show. Even after Hurricane Sandy, art collectors are back to business as usual.

Ready-mades and raw materials, such as the use of concrete, were rather common at this year’s fair, while the variety of media on show included less neons as expected and more light box photography and LCD screen video works. It can be said that painting is making a comeback, as the return to a more traditional display of paintings on canvas was seen at numerous galleries – on both contemporary and modern piers.

This show saw themes of subtlety, quietness, and monochromes, however, with the buzz of the Armory and a week full of arts events with 60,000 expected visitors, The Armory Show 2013 is far from quiet – and an indicator that art will survive the storm. 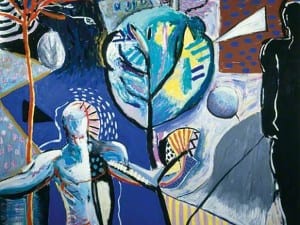 In 1989, the Scottish artist Caroline McNairn spent a year in Russia and Ukraine. Producing some of her most noted works and exchanging ideas with artists from the about-to-be former Soviet Union, the visit was one of the major influences on McNairn’s artistic output until her death in 2010. 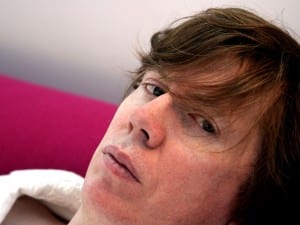 Thurston Moore is a very busy man. A founding member of Sonic Youth, one of the most engaging bands ever to grace the alternative rock scene.