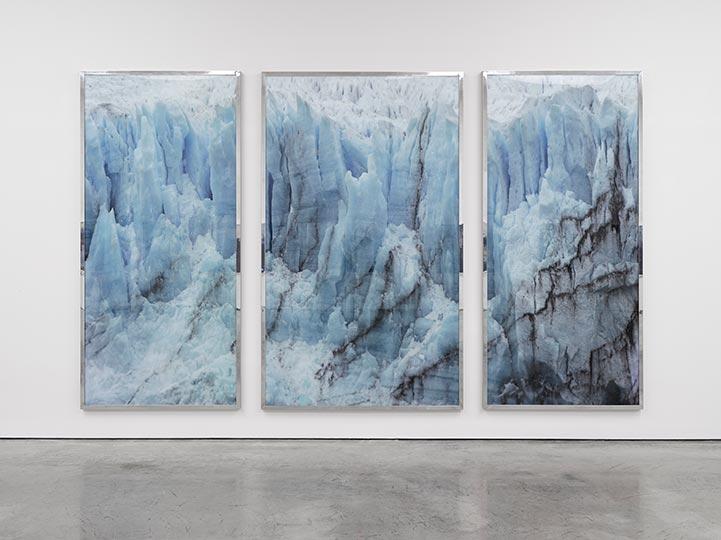 Concerns with time, space, history and landscape inform the practice of British artist Darren Almond (b. 1971). Exploring how these different dimensions intersect and how we inhabit them, his images capture an interest in subjective, liminal experiences that play on the foundations of our perception and knowledge. An exhibition, at Mudam Luxembourg, encompasses all aspects of his oeuvre – photography, video, paintings and sculptures – highlighting a continued investigation into the place of the individual within the world and wider universe. From the megalithic site of Callanish in Scotland and an ancient stepwell in Rajasthan, to polar glaciers, the solar system and the seasons, Almond’s work situates viewers into a complex relationship with the natural elements and phenomena that surround us.

Timescape presents itself it to the audience as a “temporal landscape”, each depicting unique locations in which different concerns resonate. For instance, in Present Form (2013), Almond takes inspiration from a mysterious series of standing stones situated on the Isle of Lewis, Scotland, that align with the moon at different points in its cycle. It is hypothesised that it is one of the first human constructions intended to quantify the passage of time. In the photographic series, the artist highlights the surrounding atmosphere, the variations in daylight and emphasises the surface of each rock as a reflection of the passage of time. Despite the imprint left by thousands of years – the epochs marked by erosion and lichen – the structures embody temporal reference points in human history.

Another highlight of the exhibition is the triptych Present Form Exposed (2013), a detailed view of an Argentinian glacier. The images reflect the monumentality and density of the ice through large-scale prints and close-up framing; the surface scarred from where vast blocks have fallen, revealing centuries-old materials beneath. The work is both a reminder of the linear nature of time and a reference to the natural structures of the world that date back long into human history. The exhibition takes its title from an earlier 2013 series depicting the vast spectrums of colour found in the Patagonian night sky; inspired by the views of deeper space, Almond consequently dedicated his practice to capturing the visible confines of the cosmos.

Find us @Aestheticamag for more contemporary art and culture. 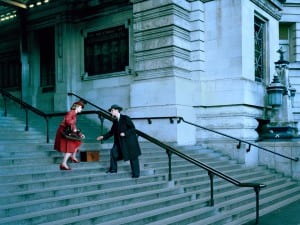 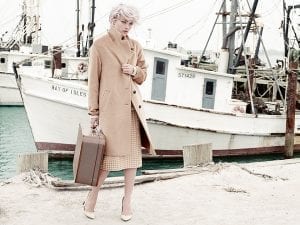