The artist Richard Mosse (b.1980) has won the Prix Pictet 2017. The accolade was awarded by Prix Pictet Honorary President, Kofi Annan, at a special ceremony at the Victoria and Albert Museum, London, earlier this month. Selected from a shortlist of work by 12 photographers, Mosse’s Heat Maps (2016-17) attracted the jury’s attention for its inventive documentation of a highly topical subject. The series captures imagery of refugee camps using a military grade thermal camera that can detect body heat from a distance of 30.3 km. In scanning a range of sites, Mosse has produced a densely detailed panoramic collection of works that reveal the inhabitants living within each camp’s perimeter.

Like many of the shortlist, Heat Maps comments on a pertinent issue within contemporary society. It illustrates the journey of migrants across Europe, the Middle East and north Africa, thus bringing the crisis of displacement into a new context, the gallery space, for an alternative consideration in the ‘first world’. Speaking at the ceremony, Annan said: “Whether they focus on our cities; on the oceans, borders and barricades; on outer space or on the humanitarian crises unfolding across Europe; each of the photographers shortlisted for this cycle of the awards address their subject with a brilliant singularity of vision.” Each photographer, responding to Prix Pictet’s theme of Space, presents the viewer with scenes of people striving against the odds.

Over the course of seven cycles, the prize, established by the Pictet Group in 2008, has reached an audience of over 400 million people through over 80 exhibitions in 54 different cities. The six Prix Pictet laureates are Benoit Aquin, Nadav Kander, Mitch Epstein, Luc Delahaye, Michael Schmidt and Valérie Belin, responding to the themes of Water, Earth, Growth, Power, Consumption and Disorder. For every edition, a book is published on each theme collating the work of the shortlisted photographers. The shortlist features Mandy Barker; Saskia Groneberg; Beate Guetschow; Rinko Kawauchi; Benny Lam; Sohei Nishino; Sergey Ponomarev; Thomas Ruff; Munem Wasif; Pavel Wolberg; and Michael Wolf. 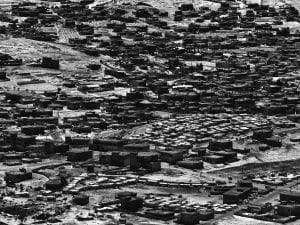 The Castle, a new body of work by Richard Mosse, reveals the ongoing refugee and migration crisis in the Middle East, North Africa and Europe. 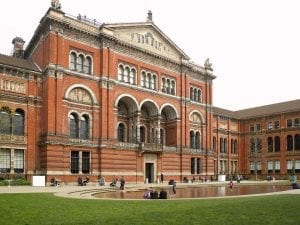 The Museum of the Year 2016 has been awarded to the V&A. Selected for its significant transformation in 2015, the art and design museum has welcomed nearly 3.9 million visitors to its sites. 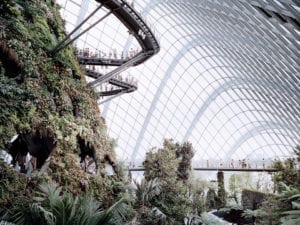 For its eighth cycle, the Prix Pictet award in photography and sustainability turns its lens on the theme of “hope.” 12 artists respond.