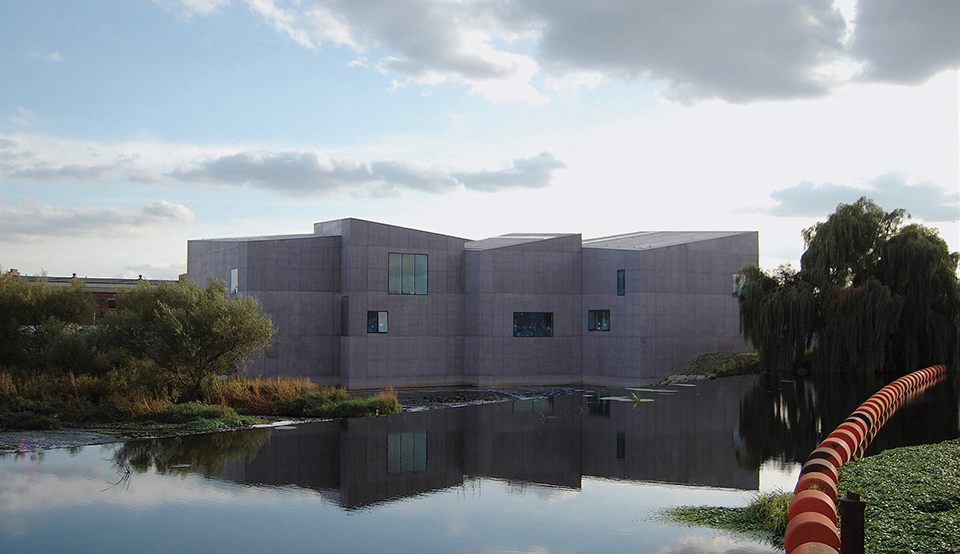 In July 2008, Simon Wallis was appointed Director of The Hepworth Wakefield. He was previously Director of Chisenhale Gallery in East London, Senior Exhibitions Organiser at the ICA, London, Curator at Tate Liverpool, and Curator at Kettle’s Yard, University of Cambridge. www.hepworthwakefield.org

What has the process of launching The Hepworth been like?
It has been a once in a lifetime opportunity to work with an architect whose attention to detail and concern to create the best possible conditions for viewing art are always paramount. It has been fascinating and challenging to see a building of this scale through to completion in the current economic climate and to create the organisation from scratch. It’s been a great pleasure to watch the team grow and develop the vision for the gallery.

Being the largest purpose-built gallery space outside of London, how do you feel the building responds to the landscape of the region?
The building takes great account of its dramatic and historic site on the River Calder. In designing The Hepworth Wakefield, David Chipperfield Architects have responded imaginatively to the waterfront setting that includes historic mills, a navigation warehouse, a chantry chapel, a weir and three bridges. The gallery complements the scale and form of the existing buildings, and like them appears to rise out of the Calder. The gallery’s façade, constructed of pigmented, in-situ concrete, gives the building a highly sculptural appearance, which echoes the clarity and power of form in Barbara Hepworth’s works and the industrial buildings that surround us.

Eva Rothschild’s Hot Touch is your first exhibition. How does her distinctly abstract work complement the existing collection?
Over the past decade, Eva Rothschild has attracted international attention for her sculptures that develop a distinct abstract aesthetic using a varied lexicon of forms. This exhibition will present the development of Rothschild’s work in the context of two particular concerns: the visual and intellectual affinities between her sculpture and its artistic precursors, in particular the work of Barbara Hepworth, and the relationship of sculpture to its architectural setting. While Rothschild’s sculptures often inhabit large amounts of space, they do so lightly and with an engaging mixture of precision and precariousness.

You have commissioned a new film by Luke Fowler. How will this new work explore the aims of the gallery?
Luke is an ambitious artist who, through his work, will explore the writings and rarely-seen archive materials of the radical socialists Edward Palmer Thompson, Raymond Williams and Richard Hoggart, whose teaching and writing was honed in working-class communities, particularly in Yorkshire. His research and eventual film work will explore how the influence of these intellectuals reverberated in the post-war cultural arena. Commissioning this new work for The Hepworth Wakefield collection is the perfect way to help it grow meaningfully again and continue the city’s progressive approach to collecting contemporary art, as it did in the past with Barbara Hepworth and Henry Moore.

Bernd Behr and Luke Fowler’s commissions are new film works; how will film play a part in your exhibition programme?
Moving image work is always going to be an important part of any contemporary programme. Our interest in Fowler’s work arose from his engagement with experimental filmmaking and documentary. Wakefield has a historical connection to avant-garde film through the work of Lindsay Anderson who directed several films locally including: Wakefield Express (1952) and This Sporting Life (1963). Anderson’s engagement with our immediate geographical environment and the blurring of boundaries between fact and fiction presented a synergy with Fowler, who has always expressed his indebtedness to Anderson’s Free Cinema movement. We wanted to work with Bernd Behr, as he engages with architectural histories in such unexpected ways and he found inspiration in both Chipperfield and Hepworth’s works.

Along with The Hepworth, Turner Contemporary has just opened, how do you feel these spaces represent progression of art in Britain today?
Both buildings are designed to provide world-class experiences of modern and contemporary art and it’s important that we don’t always have to go to London to have this opportunity. Many artists are deciding not to base themselves in London and we’ll play a part in keeping talented artists in the region and allowing opportunities for valuable international dialogues.

Finally, can you give me a glimpse of the year ahead?
We’ve got some great upcoming projects being developed with Clare Woods, Ben Rivers and David Thorpe, and we’ll be announcing the programme for 2012 – 2013 shortly. 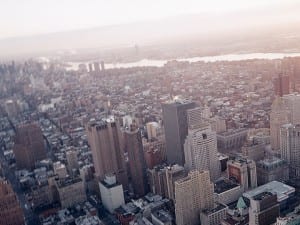 Skyscraper is a re-appraisal of the modernist structure and features over 50 artists whose work responds to ITS variety and complexity. 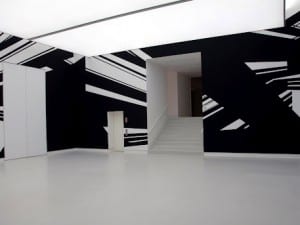 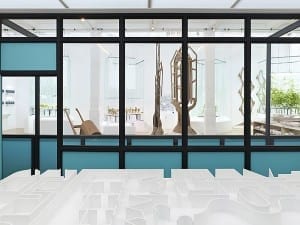