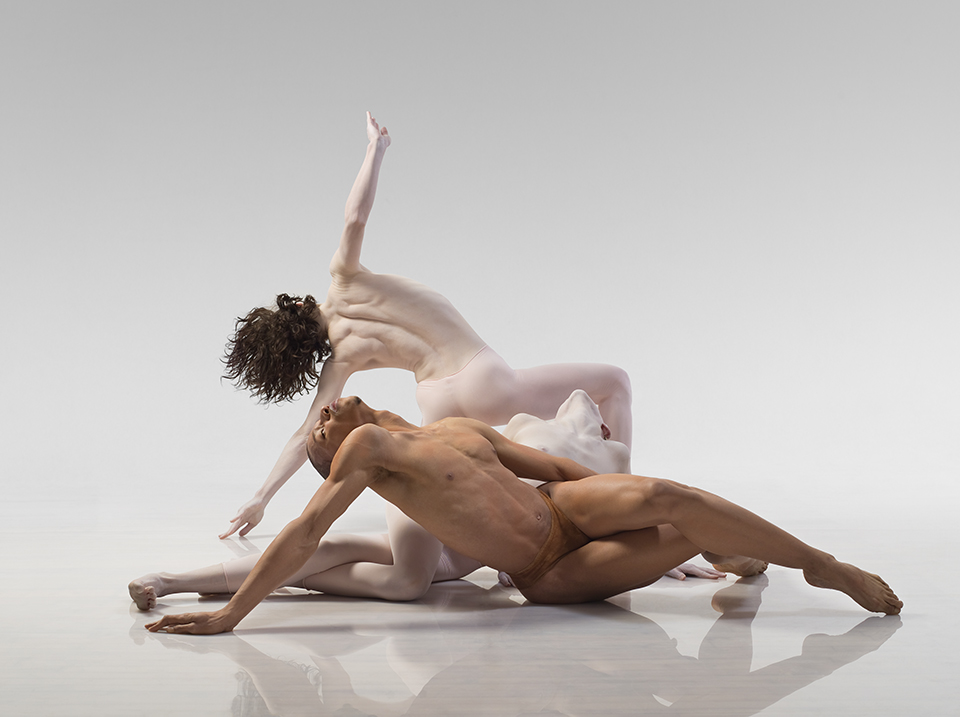 China is the world’s most heavily populated country, with a long and diverse history. An ancient civilisation that has brought much to the modern world, today China has the fastest-growing economy globally and in February 2011 formally overtook Japan to become the world’s second largest economy. Modern China is a varied blend of the traditional and the developed; an idiosyncrasy shared by many Asian cultures in the 21st century.

This year, the Edinburgh International Festival celebrates the vibrant nature of Asia and has invited numerous artists and companies from across the continent to partake in the festival including the acclaimed choreographer Shen Wei (b. 1968) and his New York-based dance company, Shen Wei Dance Arts (SWDA). In the 10 short years since its inception at the American Dance Festival, SWDA has performed in premier festivals on five continents and Shen Wei was the principal choreographer for the Beijing 2008 Olympic Games, recreating a version of his much-lauded Connect-Transfer (2004).

Shen Wei approaches choreography from a unique perspective: an artist who trained in Chinese Opera and traditional Chinese art as well as western visual art at a young age before moving to America to pursue a dance career, his background in the arts informs his work. Wei draws from both traditional and modern artistic vocabularies and incorporates a variety of art forms into his pieces. In addition to creating the movement, Shen Wei designs the sets and costumes for each of his works, aligning his holistic artistic vision and defying easy classification. He explains his process: “I want to develop all my senses at the same time and I approach my choreography in the same way. I consider how the design can support the movement and how the movement integrates into the whole stage. I make all the elements speak the same language.”

Wei’s training in traditional and modern techniques make him well-qualified to comment on Eastern society, which is often typified by its blending of ancient and contemporary cultures. This dialogue between past and future inspires much of Shen Wei’s work and his experience of living across two hemispheres offers a further layer to his art, providing a foundation of inter-cultural understanding. These themes permeate Shen Wei’s celebrated Re-Triptych series, which is the work showing at the 2011 Edinburgh International Festival. These three 30 minute pieces offer an insight into Shen Wei’s experiences and travels across Asia. The series begins with Re- Part I (2006), which delves into Tibetan culture. Though Wei does not consider his work to be focused on politics, the Tibetan political situation is difficult to avoid and inevitably bears an influence on the piece.

Many aspects of Chinese government remain controversial, particularly with regards to Tibet. China is criticised for its treatment of Tibet and accused by human rights groups of facilitating the destruction of Tibetan Buddhist culture. The set of Re- Part I is symbolic of this situation, with a large mandala created from sand (or a similar material), which is methodically destroyed throughout the dance. In Buddhism, the mandala is used as a meditation aid and in Tibetan Buddhism is often representative of the entire universe. The mandala is often brushed aside after meditation, exploring the idea of impermanence; whilst Wei’s choreography does operate on this spiritual level, there is another level of political import to the action. Despite Wei’s claim that the work is “primarily about the land, the altitude and the lifestyle” in Tibet, it is difficult not to liken the destruction of the mandala to the Chinese government’s systematic disabling of Tibetan culture and religion.

Re- Part II (2007) further explores the ideas of politics and spirituality that are introduced in Re- Part I, moving from Tibet to Angkor Wat in Cambodia. Here Wei uses music from the Moon Light Band, a local band of artists disabled by the Khmer Rouge atrocities, and combines this with his own recordings from the jungle around the historic site. The iconic image of the tree-strangled temple is visible in the background and Wei plays with the ideas of peace and power suggested by the site: “That picture immediately connects my senses. It’s about the power of humanity and of nature.” Nature is important to Wei and the piece begins with strong allusions to it: dancers make almost bird-like motions before morphing into more regimented, structured movements that spark associations of a more military character.

The reds and blacks of the dancers’ costumes, which earlier enticed comparisons with the plumage of tropical birds, in the later stages of the piece instead imply a connection with the Khmer Rouge and their flag. The movements portray desperation, with bodies rising and falling, collapsing and struggling before final assimilation into the ordered dance of the masses. Re- Part II ends with the image of the tree, strewn in front with white, naked bodies in poses of sculpted beauty, and the brief political and military reference in the midst of the piece feels like a rude intrusion into the tranquility of the area: a subtle comment on the ugly history of the country’s politics juxtaposed with the natural beauty and ancient glory.

Military history and nature are also incorporated into the third piece: the olive green costumes echo the communist uniforms of the Chinese Cultural Revolution and at the same time connote rurality and rice fields. This piece is laced with ambiguity and endless possibility; inspired by China, its many layers of meaning reflect the country’s rich and varied past, present and future. The dancers’ movements are repetitious, oscillating as they support and restrain one another. On occasion a dancer will express individuality, but only within the confines of the group rhythm and Shen Wei uses transference to great effect, passing a movement along his dancers with eloquence and subtlety.

Re- Part III (2009) takes inspiration from the Old Silk Road and China’s long association with trade and Wei’s use of transference mirrors the movements of trade; the transfer of goods from one person to another. The way dancers interact in Wei’s work is fascinating: they are at once supportive and bullying, individuals and a whole. This insight into social structure extends beyond Chinese culture and so, in contrast to the found and traditional music of the other works, Wei commissioned a new composition for his third piece in the series. “Re-III is a more abstract representation of the structures of human society; I didn’t want to use any music that existed or was specific to a culture.”

The nature of China changes throughout Re- Part III and the surfaces of the culture are altered. A lone green figure moves slowly on stage whilst the other dancers emerge transformed, replacing their khaki clothes with the steel-blues of industry. The new China is painfully modern, with sharp jutting movements and fast music. There is a metallic, mechanic urgency to the newcomers, who dance with the whirlwind of progress and absorb nature in the form of the green-clad dancer. Breathtaking, dynamic and bold, this final part to the triptych contemplates China’s position as a global player and arbiter of trade and ideas. But though the colours have changed, the fundamentals of society and humanity remain the same.

This is exhibited in the conclusion to Re– Part III : the dancers link themselves in chains and, to the sounds of trains, move together, precariously balanced and mutually supported, in progression into darkness. This final, vital image offers a transcendent suggestion of China’s future possibilities and the country’s movement forward, as individuals and a whole. However, it also comments more widely on the concept of the individual and the collective, consolidating and exploring the perpetual struggle and reconciliation between the two in society. 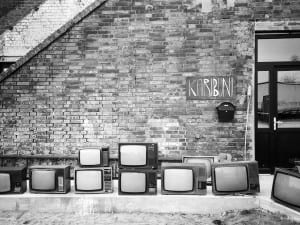 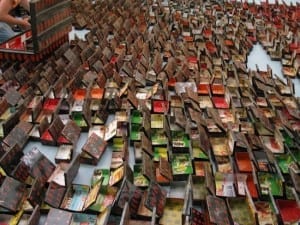 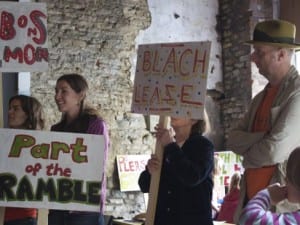