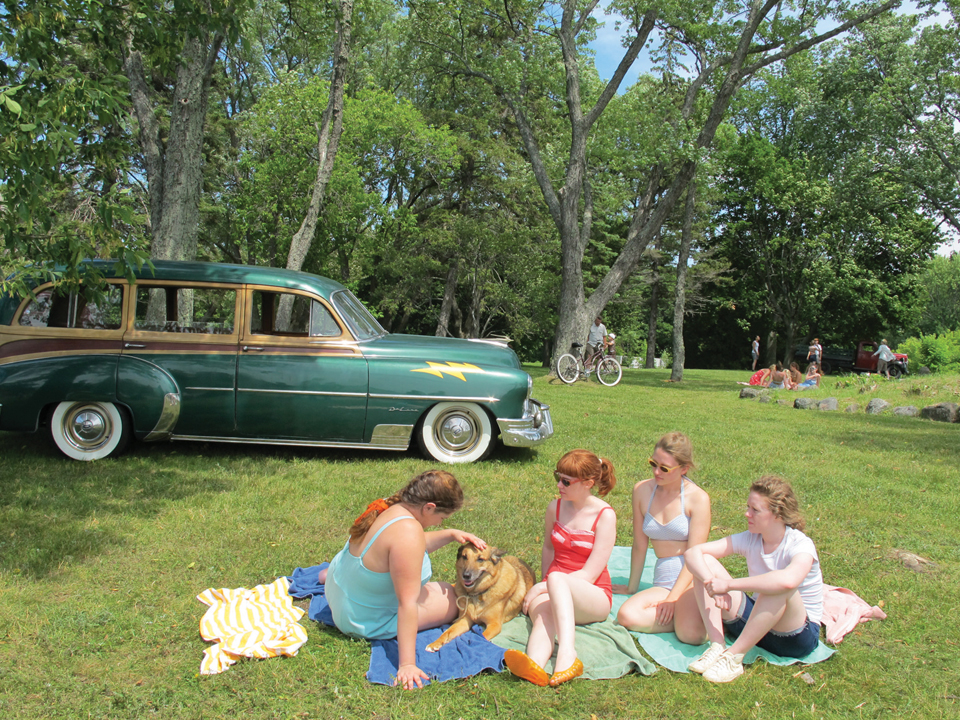 Joyce Carol Oates’ story of political disillusionment, feminine power and the naïvety of youth is brought to the screen once again by French director Laurent Cantet.

The title of Laurent Cantet’s latest film, Foxfire , is almost onomatopoeic, catching the essence of a group of young women, beautiful and formidable at once. Based upon Joyce Carol Oates’ 1993 book of the same name, it is set in 1955, a Golden Era in American history, and in Hammond, Upstate New York, five 15-year-old girls have decided to form a gang. Initially prompted by the sexual harassment of a schoolteacher, the gang instigates a fight against patriarchy, capitalism and the idea of the American Dream, from which they find themselves excluded. Crudely tattooed with the Foxfire emblem and taking a lifelong oath, the gang swears that its members will live as they choose and will set upon anyone who stands in their way. Both book and film are narrated by Maddy Wirtz, Foxfire’s “official biographer”, as she reads through her notebooks as an adult. As the story progresses, Maddy begins to understand the escalating severity of Foxfire’s actions, quickly moving from contesting personal grievances to designing a new political system and creating a unique utopian future – by any means necessary.

While Cantet recognises that the political slant of Foxfire  is certainly relevant today, he chose to work with Oates’ text for several other reasons, primarily “the energy of adolescence.” Although this is the third time that the director has worked from a novel, he is adamant that this is not a premeditated decision but merely happenstance, choosing to work with any text that leaves an impact upon him. Reading Foxfire  whilst editing his 2005 film Heading South, Cantet was “tempted to immerse (himself) in a story of adolescence,” and identified Foxfire  as this and more. It also provided an opportunity to study a fascinating theme: “How political discourse manifests itself in daily life, and how resistance can become a driving force. In this particular case, violence against sexism is transformed into a confidence, which motivates the girls to work for change – the feminism that is intuitive to them develops into a kind of political stance to fight all forms of oppression.”

Feminism is, of course, the key motif of the film, and this is feminism in the original sense – equality and freedom. The gang remains wholly female, and its primary prey, male. Although the girls eventually resort to using their sexuality to support themselves financially, the most desirable of the gang, Elizabeth “Rita” O’Hagan, is shunned and excluded from Foxfire, with the androgynous Margaret “Legs” Sadovsky leading throughout.

In many ways the lead character could be narrator Maddy, yet Legs is undoubtedly the most significant member. Raven Adamson takes on this extraordinary character, with a face so expressive that the director actually altered certain scenes to incorporate her outstanding emotional range. Cantet explains that he often works “back and forth between the script and the actors; they can be flexible and feed off one another.” This organic approach allows the cast to grow beyond scripted constraints and, although Cantet’s adaptation remains almost entirely true to Oates’ text, he enlivens the story with a cinematic twist whereby each character takes on a refreshed personality.

Foxfire’s  cast is largely amateur; Cantet spent six months selecting girls from schools for problem youths, holding open auditions and finally bringing groups of 10 together for workshops. This detailed approach to casting was necessary as the girls needed not only to act alone but also to work as a cohesive group – some submissive, others dominant – and he admits that this meant that some brilliant actors did not make it into the final cast.

When it came to Legs, Cantet had “created an image of the character when reading the book,” and admits that Adamson does not fit this mould, although he explains that “it is haphazard, but it often happens that you just stumble upon the right person.” He did, however, envisage Legs as “so energetic she was almost unstoppable” – and in Adamson’s crumpled brow, sharp tongue and limber figure this is certainly attained. It was essential that Legs be so compelling as she is essentially Foxfire personified: in a moment of clarity forming the gang which “came to her in a dream,” and allowing it to crumble as she declines – seduced by the prospect of power, her communist-style utopia dissolving into an autocracy. For Cantet the story follows the very real notion of an unrealistic “idealism which destroys itself through its excesses.”

This destruction that occurs in the final chapter of Foxfire  made it essential that the story remain a recollection, with the very last scene depicting Maddy and Rita, all grown up, looking back at “all those crazy things we did.” In leaving the girls looking back on what they had originally intended, recognising how the idea behind the group’s initial conception had collapsed, content transforms this story of naïve chaos into a serious reflection upon adolescent desperation; something far more poignant than simply a failed revolution.

Today, it might now seem improbable that a group of 15-year-olds would be so politically aware, but Foxfire emerges post-war, when political tension was palpable, and therefore it was necessary for Cantet to keep to the 1950s setting. While the film’s scenery places the characters in the original era, neutral locations are used, so visually it is not strictly a period film, and the use of handheld cameras and a varied score furthers this timeless impression. Combining the sickly sweet sounds of 1950s pop, the heady racket of rock ‘n’ roll and contemporary music from Canadian band Timbre Timbre, the sound of Foxfire  reflects the gang’s concealed enthusiasm for the conventions they refute as well as the growing rebelliousness of their generation.

Cantet never intended to link the film explicitly to current affairs, yet identifies similarities between those who were left behind by “the Golden Age of the 1950s, a mythology within American history,” and those who are overlooked today. “We began filming during the summer of the London riots. I knew that my characters would have been out in the streets fighting too, so there is certainly a connection.”

The political power struggles within Foxfire are clearly epitomised by two opposing forces: the wealthy Kellogg family, and communist ex-priest Father Theriault. The latter is a pivotal figure in Legs’ political radicalisation as he foresees a “proletariat revolution” which inspires the drastic Final Solution plan that marks the end of the film. Although it would have been easy to portray the Kelloggs as just passive punch bags for Foxfire to react against, Cantet is adamant that he “always gives every character a chance to live,” and therefore even the seemingly flawless Kelloggs emerge as complex and confused as any member of the Foxfire gang. This is most clearly exemplified by the conservative Mr Kellogg, who “could have been condemned from the first instance we see him, however his involvement in Legs’ final dilemma gives him the chance to become a real character.” The story of Foxfire  is, in fact, rather basic – it is a storm in a teacup; the rash actions of a group of young girls in a confusing climate. Therefore, it is up to the characters to enrich this story of a failed revolution, making it both thrilling and believable. Cantet’s profound investment in his actors – from a detailed casting process, to altering the script and writing in multi-dimensional personalities – carries this film. There is no right or wrong side between Foxfire and its enemies; both become predators and prey, cruel yet kind, and are just flawed human beings.

The bones of Oates’ story may seem pessimistic, introducing a group of promising young women and following as they fail, however in Cantet’s film the complexities of adolescence and young femininity become the primary focus. Although set in an era apparently very different from now, the grievances of society and of young women remain alike; for this reason Foxfire is both accessible and insightful. Rather than study the collapse of Foxfire, Cantet creates a gang of living, breathing characters whose fierce drive and determination cannot fail to inspire and, crucially, portrays their adversaries not as evil, but as just as amiss as Foxfire itself. Of course, the true enemies of Foxfire were never really a perverted schoolteacher or the affluent Mr Kellogg; instead these men were simply factors to catalyse and legitimise a vicious fight against a more general state of discontent: an attack that quickly spiralled into, as Cantet comments, “an eccentricity too big for these girls, and what happened because of this is something that will stay with them forever.”

Foxfire: Confessions of a Girl Gang  will be released in UK cinemas on 9 August. www.international.memento-films.com. 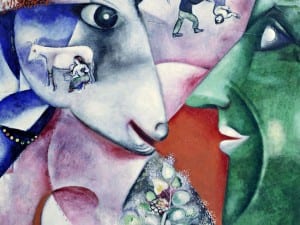 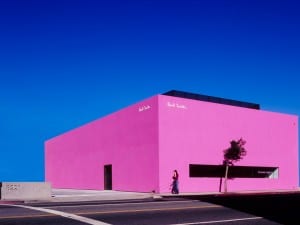 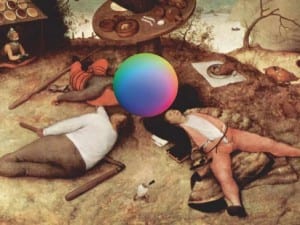