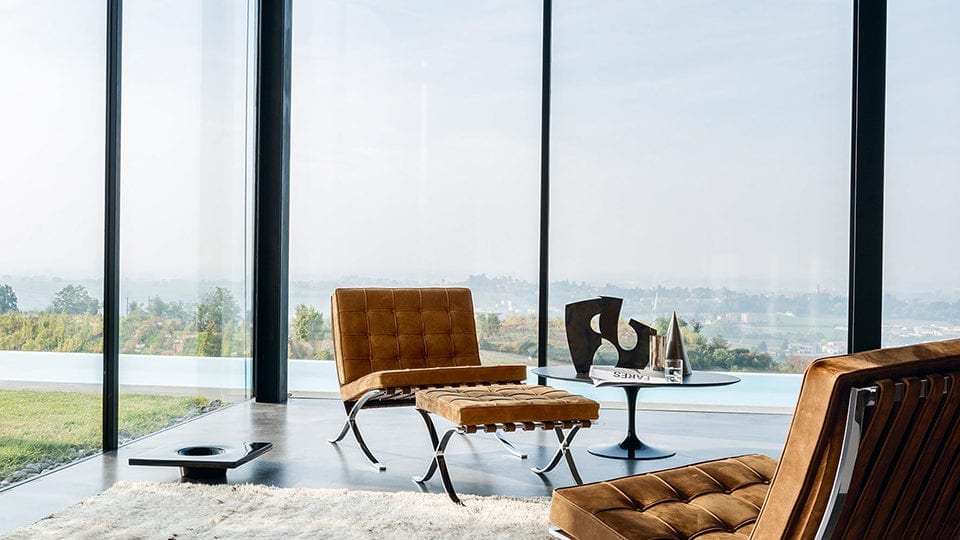 Bauhaus is celebrated this year; at its centenary, the school continues to assert its legacy with classic aesthetics and collaborative sensibilities.

“Together let us desire, conceive and create the new structure of the future, which will embrace architecture and sculpture and painting in one unity,” remarked Walter Gropius (1883-1969) in the 1919 Programme of the State Bauhaus in Weimar. This early declaration revealed the ethos of the internationally acclaimed school for decades to come. For Gropius, and the throngs of artists, architects and designers who flocked to the institute, cooperation and creativity worked hand in hand. Makers of all disciplines shared the notion that only by collaborating, sharing ideas and embracing the technological advancements of the day, would innovation be possible, and in extension, would they carve a place for visual arts in a world becoming increasingly defined by its technological achievements in manufacturing.

It goes without saying that the school’s legacy has had an indefinite impact on cultural production at large; its widespread influence can clearly be seen within the work of numerous modern-day practitioners, with notable names including Wolfgang Tillmans, Viviane Sassen and Thomas Ruff (all of whom can be seen in Bauhaus and the Photograph: New Visions of Contemporary Art at NRW-Forum, Düsseldorf, open until 10 March. Turn to page 23 to find out more.) Its aesthetics further extends to the household, with countless reinventions of the designs circulating around contemporary homes. The Barcelona Chair (1929) by Ludwig Mies van der Rohe (1886-1969) and Lilly Reich (1885-1947) is one such example – featured in the following pages – a piece internationally recognised for its “less is more” mentality.

Indeed, when one encounters sleek home furnishings, chic design objects or minimalist sculptures, the mind almost immediately draws a connection to inspirational Bauhaus alumni including Marcel Breuer (1902-1981), Wassily Kandinsky (1866-1944) and Gerhard Marcks (1889-1981). However, rather than focusing on the group’s thoroughly documented history, it is perhaps more apt to highlight at this time – just as the world begins its celebration of the centenary – Bauhaus’ contemporary relevance. This year is indeed an essential time to revisit the cutting-edge output of this timeless group, and it is important to discuss why it has come so far in our minds as a movement of great significance.

Amongst the writers turning their attention to the institute on the occasion of its 100th anniversary is Alan Powers, an authority on 20th century art and design and a Professor at New York University in London and the London School of Architecture. His soon-to-publish book, Bauhaus Goes West (28 February, Thames & Hudson), addresses just how far-reaching the ideas of the German school have spread through culture. In this comprehensive, weighty compendium, Powers traces the emigration of the minimalist ideology from Weimar to Britain in the 1920s, 1930s and onwards. Through these pages, he contends that everything from the group’s values to its design practices – and even its name – greatly  impacted the communities of the west. One excerpt reads: “‘The best thing Gropius did was to invent the name,’ said Mies van der Rohe. Even Gropius might not have understood in 1919 how accessible this unique brief neologism would be to non-German speakers, compared to the long-winded compound nouns that denoted the rival schools.”

The author continues to explain that, through exhibitions, publications and a number of visits to England from Gropius, Breuer and László Moholy-Nagy (1895-1946) – that took place shortly after the school had closed due to mounting pressure from the Nazis – that the UK was introduced to the sensibilities of the movement’s iconic design. In re-examining the relationship with Britain, Powers re-writes a chapter in the country’s history, asserting that the Bauhaus gave way to global innovation, beyond its prominence in Germany. This included the introduction of arts education for children by Marion Richardson (1892-1946) and the London County Council – challenging the pre-existing postulation that the 1920s were a period of creative stagnation in the UK.

It comes as no surprise that Powers’s book finds itself in good company this year. It’s Nice That’s A / W 2018 edition of Printed Pages, for example, dedicates three covers in red, yellow and blue text, displaying 42 of nearly 600 glyphs that German designer Sascha Lobe and his team have created for the Bauhaus Archiv. Further afield, and into the throes of institutions worldwide, the centenary is being marked with a deluge of exhibitions, performances and talks. V&A, London, for example, is hosting a 10-week course focusing on the diaspora that followed the school’s closure and the ways in which it is ingrained in society, down to the text screens on our smartphones (running until 27 March). These are accompanied as well by the production of limited-edition pieces, and even the release of a film from Opendox, directed by Alysa Nahmias. The New Bauhaus re-examines the colossal impact Moholy-Nagy had on Chicago – all aimed at further unravelling the narrative of the movement.

Multi-disciplinary, and connecting past, present and future, the centenary events know no bounds. Traversing film, photography, literature, sculpture, installation and design, the wide-ranging programme is a fitting representation of the institution through diversity. To borrow the words of the Constructivist sculptor, theorist and lecturer Naum Gabo (1890-1977): “I consider morals and aesthetics one and the same, for they cover only one impulse – to bring our life and all our actions into a satisfactory relationship with the events of the world as our consciousness wants it to be.”

In Germany alone, these varied celebrations include Original Bauhaus at Berlinische Galerie, running 6 September to 27 January 2020), Experiments in Light and Movement at LWL Museum of Art and Culture, Munster (until 3 March) and 100 Years of Bauhaus: One Million a series of performances in Berlin by Uli Aigner (b. 1965), which includes the tracking of one million porcelain vessels over the course of her lifetime, looking at their global reach as symbols of the everyday. The objective of this series is to connect people from all walks of life, located in all corners of the world through a humble material, that she explains, can be made from the earth by any one of its inhabitants. Also taking place this year is the next instalment of the Triennale der Moderne in the cities of Weimar, Dessau and Berlin. This insightful programme investigates the modern-day significance of UNESCO World Heritage sites that are affiliated with the school.

Other countries are, of course, joining in the commemorations. A solo exhibition highlighting the textiles of Anni Albers recently closed at Tate Modern in London, and a wide-ranging retrospective featuring objects by 60 Bauhaus practitioners opens this February at the Museum Boijmans van Beuningen in Rotterdam; netherlands ⇄ bauhaus: Pioneers of a new world runs 9 February – 26 May. Seminal exhibitions were also hosted earlier this year in New Delhi, Lagos and São Paulo, including three Bauhaus Imaginista shows. In Chicago, the Goethe Institut recently mounted the show  A Little Piece of Bauhaus which featured the disorienting and engrossing neon-light installations of Berlin-born sculptor Monika Wulfers, heavily inspired by Oscar Schlemmer (1888-1943) and his acclaimed Triadic Ballet (1922).

In addition to the galleries and publications unpacking the endeavours of the wider Bauhaus circle, it is also necessary to highlight the existence of a market that exists today for the designs, especially given that the globalised desire for minimal aesthetics – in many industries – is booming. With an eye toward the future and a thoroughly progressive outlook, the institute was also one of the first in art history to declare equality amongst genders, fostering the work of its pioneering female members such as Anni Albers (1899-1994) and Gunta Stölzl (1897-1983). The school was indeed ahead of its time. It is no wonder, then, that connoisseurs of this generation still look to the movement for inspiration – and it enters seamlessly into people’s homes to this day.

Home-furnishing purveyor Knoll is one such brand helping to do this. With the tagline “Modern Always,” the company has issued an entire line of legacy décor that truly reflects the intuitive projects from the era. Included in its many offerings is a re-issue of van der Rohe’s tantalisingly curvilinear Brno and MR chairs – his seemingly gravity-defying barstools that were originally produced in collaboration with Phillip Johnson (1906-2005) for the now-iconic Four Seasons Restaurant at the Seagram Building in New York. The American architect forecasted the timelessness of the project when he stated: “If there really is no new way to be found, we are not afraid to stick with the old one that we found.”

Knoll’s other best-selling pieces include Breuer’s beguiling Wassily chairs, which were influenced by the frame of a bicycle, and inspired in part by constructivist theories of the Netherlands-based De Stijl movement, popularised by painters Piet Mondrian (1872-1944) and Theo van Doesburg (1883-1931). Those seeking to add such classic, popular products to their home can also look to Tecnolumen, the world’s only authorised manufacturer of Wilhelm Wagenfeld’s (1900-1990) table lamp, and the Cooper-Hewitt, Smithsonian Design Museum in New York, which offers a chess set conceived by Josef Hartwig (1880-1955) [eschewing traditional pawns and bishops, the shape of each piece evokes the way it moves across the board].

The appetite of consumers, makers, readers and museum-goers for Bauhaus-inspired content and creations further supports the notion that there is still much to be learned from these 20th century trailblazers. The emulation of their collaborative and thoroughly modern spirit is both warranted and necessary, and 2019 is filled to the brim with inspiring events that bring the planet together in a celebration of classic forms, insightful structures and collective ideas. Here, again, Walter Gropius’ 1919 words serve as a poignant reminder that by accepting that makers in all fields – and perhaps even all of humankind – are more alike than they are different, real progress can be made. “In rare moments of inspiration, transcending the consciousness of his will, the grace of heaven may cause his work to blossom into art. But proficiency in a craft is essential to every artist. Therein lays the prime source of creative imagination.” 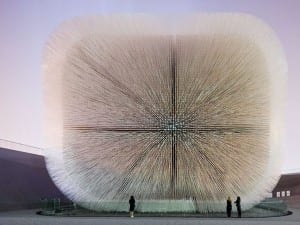 The British Council has announced that it will stage a new exhibition, entitled New British Inventors: Inside Heatherwick Studio, in Hong Kong this Autumn, showcasing key pieces from the last two decades of work by Heatherwick Studio.

The A’ Design Award was founded in 2010 in order to highlight, advertise and become an advocate for design that looks towards a better future. 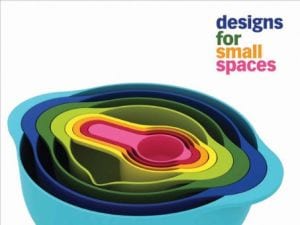 The modernist concentration on the design of an abstract yet integrated space has been replaced by the post-modern reaction, which pays closer attention to small scale design and its meaning.