In the 19th century, Samuel Birley Rowbotham published Earth Not a Globe – a text claiming that the Earth’s surface was flat, not round. The conspiracy theory has since brought together a large community of individuals known as “Flat Earthers”. Across the featured atmospheric landscapes and still lifes, Belgian photographer Philippe Braquenier (b. 1985) critiques Rowbotham’s influence in a post-truth era.

Braquenier’s new exhibition at The Ravestijn Gallery, Amsterdam, explores a variety of “Flat-Earth” theories. Continents float on an endless ocean. Our Earth is a disc under a glass dome. The Antarctic ocean is bordered by a 150-foot-tall ice-cliff. In this series, the artist stages and documents his own experiments into these claims – creating a kind of fake “forensic evidence” through photomanipulation and editing.

The results are crisp, clean and visually convincing. Dark clouds hover over an expansive – and startlingly straight – horizon line. Boiled eggs bob in glasses of water; they are part of an experiment into the existence of gravity. Every shot takes inspiration from Flat-Earther mythology, showing how it’s possible create “evidence” with clever staging. “Truth has become a suspicious notion,” Braquenier notes.

Why do these ideas continue to flourish? One argument points to the rapid development of communication technology. The internet and social media are platforms for conspiracies to grow; we’ve seen this in recent months with misinformation surrounding Covid-19. Braquenier’s series questions our relationship with images. In an era of algorithms and deepfakes, we can no longer believe everything we see online.

Earth not a globe runs until 10 April. Find out more and explore the show online here. 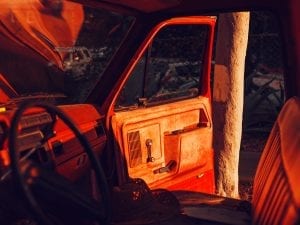 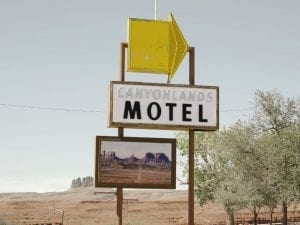 Anja Niemi’s collection questions notions of gender and conformity, forming part of an ongoing investigation into the self and its limits. 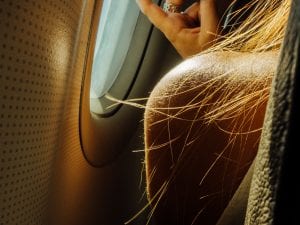