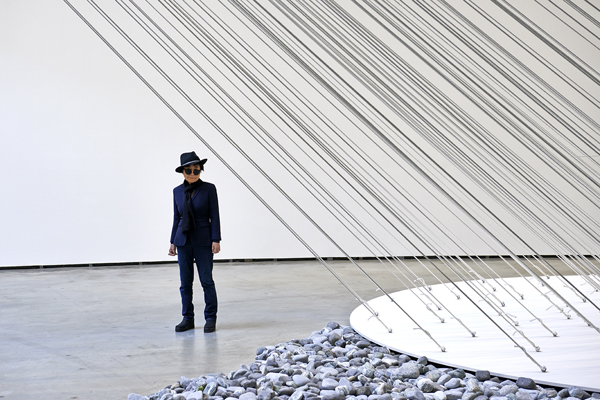 Described by John Lennon as the world’s most famous unknown artist, Yoko Ono has spent a lifetime living in the shadow of her famous marriage and her revered late husband. Half-A-Wind Show, an epic retrospective visiting the Guggenheim Bilbao, is the chance to allow her the recognition she deserves.

The sweeping metallic curves of Frank Gehry’s Guggenheim Bilbao provide an apt setting for this retrospective in celebration of Ono’s 80th year. And although Ono reveals an initial reticence about visiting Bilbao after all the hype of the city’s new museum, she contests it has less of “the ego of the architect” about it than Frank Lloyd Wright’s New York incarnation. To Ono, the museum is part of a quiet revolution of art that is changing the world, and herein lies the positivity and activism at the heart of all her work.

At the show’s opening press conference Ono tells gathered journalists of her beliefs that art can change the world, that art and activism are intertwined and that the beautiful world that we will all create is imminent. She’s also immensely positive about the role of women artists and the effects that they are having on the art establishment which, considering she’s endured more than thirty years of the label “John Lennon’s widow”, is a pretty impressive world view.

And while you have to be reticent about this opinion you can’t knock her positivity, it’s something that pervades her world and, in fact brought her and Lennon together when he viewed her infamous Yes painting in the late 1960s. The painting is reproduced here, a piece where the viewer must climb a white ladder to view the tiny word “yes” through a magnifying glass. It’s just one of many examples where Ono takes an established form and invites her visitors to interact, play and affect the artworks themselves.

While Ono is an exceptional artist in her own right, the influence of Lennon cannot be overstated and he pervades the exhibition, not so much the elephant in the room as its furnishing. You stumble across him (most explicitly in Ono’s short film piece, Film No.5 (Smile), the precursor to a wider project showing smiles of people around the world but it’s telling that Lennon’s smile is the one chosen to be shown here), and then realise that he’s actually all around (inevitably in the room dedicated to Ono’s music, where the album covers are a family album of peace, love and utter collaboration in true 1960s style).

But Ono’s collaboration with Lennon is just one of many. Throughout the exhibition the implicit nature of collaboration in her work is clear, and not only through her high profile collaborations with Lady Gaga and Karl Lagerfeld, but also in her collaboration with the audience. Her Instructions make explicit the role of the audience in art, because without them there is no work, while Painting Through Which to View the Evening Sky is one of a number of works where nature is her chief collaborator. Arguably her best-known work, Cut Piece, sees Ono surrender completely to audience members who gradual cut away her clothing and reveal the female body as a passive object. It’s one of her darkest works and while it aligns her firmly in the feminist art canon it is arguably not representative of Ono’s world view.

In contrast her works on film highlight the childlike wonder and continued cheeky disposition of this octogenarian. Bottoms is a mesmerizing contemplation of a naked behind moving in slow motion. While it’s quietly beautiful and certainly entrancing, it is also absurd and you check yourself at how easy it is to be enthralled by a stranger’s naked bottom. This meditation on the absurd continues with Bag Piece, one of Ono’s well-known Instructions but also a piece she performed herself where two people enter an opaque bag, take their clothes off, put the other person’s clothes on, and then swap around again. In addition to its continued interrogation of what and who makes the art into art, it speaks to a relationship of trust between artist and audience, and between fellow human beings. And this notion of trust is taken to its playful conclusion with one of the exhibition’s stand-out works, White Chess Set, a work that negates any competitive edge to a game where nobody can win (or as Ono would see it, where everybody wins).

Ono’s somewhat incongruous series of bronze casts, Family Album, is less well-known and highlights the artist grappling with traditional mediums. It’s a testament not only to Ono’s ever-inquisitive mind, but also highlights, in her struggle against tradition, how pioneering Ono was and is in re-defining our terms of art. It’s only on seeing the exhibition that you realise what a massive contribution Ono has made and that it’s no longer appropriate for her to be overshadowed by her personal life. She is a pioneer and her continued collaborations with the likes of Lady Gaga make this manifest to a new generation of visitors and performers. In spite of this being labelled a retrospective, and her eightieth year, Ono shows no sign of abating. 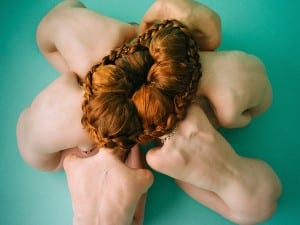 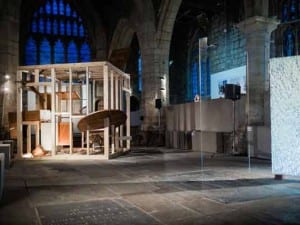 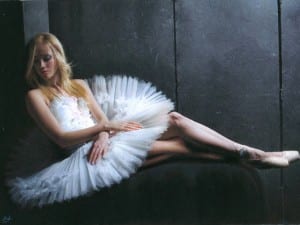