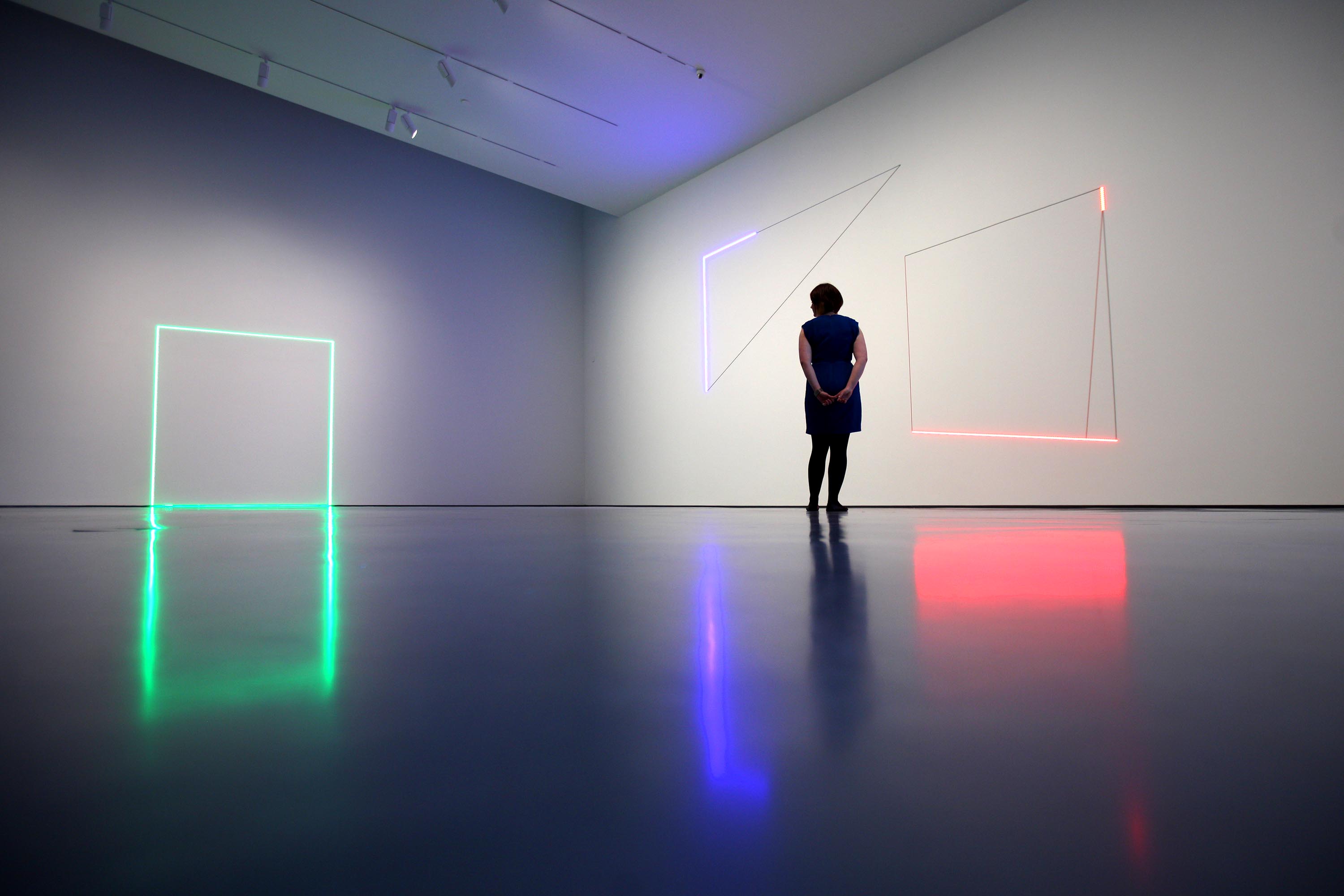 Renowned for his multi-media works, Haroon Mirza has taken over the adjacent Galleries 1 and 10 at The Hepworth Wakefield. He brings together and assembles works constructed of sound, image and objects. In 2010, he was winner of the Northern Art Prize and the Silver Lion Award at the 54th Venice Biennale for such assemblages. In the rooms the viewer finds a new body of previously unseen work. It addresses the conventional and cultural rules of gallery space. This is executed with no hint of irony in a way that is refreshing. Contextually, the work refers to the modern and ancient past. It refers to art employed as part of a religious ritual or ceremony where sound was also a fundamental component. However, it does so in general form only, with contemporary innovation in the content. The very body and contained space of The Hepworth, along with its immediate environment, is echoed, reflected and translated in and between the works exhibited.

The viewer is encouraged to wear headphones when encountering the work. Sound is issued both from within the headset and throughout the gallery spaces. The result is almost total, sensual immersion of the viewer in the work. The use of the headphones coupled with the ambient sound nullifies extraneous sound.

The employment of found objects, we are given to understand, is intended to draw on Duchamp’s idea of the ready-made. The works also address the value and uses of art, especially in the use of the empty plinths. The use of lights and diodes as outlines for the assemblages unifies them. However, the intention here is also to produce the effect of a halo or aura around the works. The production of these conceptual coronas addresses the notions of authenticity and uniqueness when applied to works of art in a gallery space. The halos set the works apart from the mundane, despite the use of found objects from the mundane. This only has impact, and it is considerable impact, because of the use of sound. It is a continuous and shifting, regulated but additive, combination of electrical buzzing sounds. It is oppressive and claustrophobic. However, it heightens the questions posed of the cultural and conventional value of works as set apart from the everyday. This is achieved with the sheer electrifying energy imparted in association.

In order to further address the cultural and conventional rules of gallery space, the sound of the electrical current generated by the lights is transmitted into Gallery 10. Here it is mingles and combines with the sound generated by the spectacular weir outside The Hepworth on the River Calder. An antenna receives the signal from the weir and transmits it into Gallery 10. Four light installations, made from strings of LED’s, accompany this sound. These Light Works (2013) address the evolution and development of an artistic idea. They also respond to the shape of the gallery space. Again, the impact of the works comes from the combination with the almost overwhelming, but complimentary and integral use of sound.

Haroon Mirza runs in conjunction with a William Scott exhibition at The Hepworth Wakefield until 29 September. 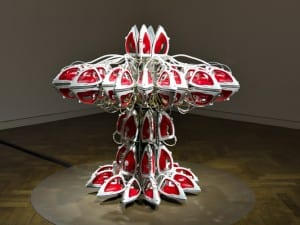 Joana Vasconcelos’s vibrant and tactile art will be on display at the Manchester Art Gallery. Joana Vasconcelos: Time Machine showcases 20 of the Portuguese artist’s most significant sculptures. 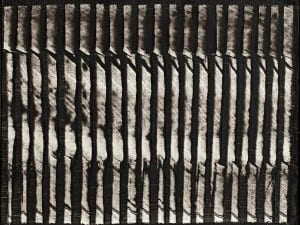 Formed by Heinz Mack and Otto Piene of the Kunstakademie Düsseldorf, the ZERO movement rejected the gestural language of abstract expressionism and instead sought for an artistic purity in the wake of the trauma of the Second World War. 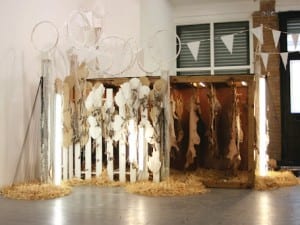