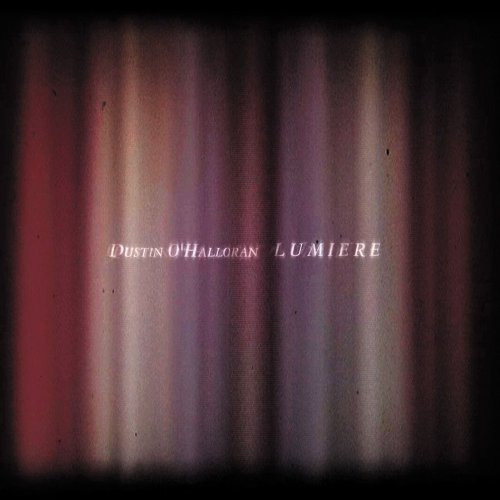 Dustin O’Halloran already enjoys a notable reputation as a pianist: self-taught from the age of seven he has performed at the Guggenheim (New York) as well as LA’s prestigious Getty Museum and has written music for Sofia Coppola’s film Marie Antoinette (2006) and William Olsen’s An American Affair  (2010).

Lumiere is a slight departure from his previous work, adding strings and subtle electronics to his piano work and using the larger ensembles to develop a deeper and richer texture. Gentle and quietly effervescent, the album is tinged with sadness, particularly the heart-breaking A Great Divide and in the trembling strings at the start of Quintette N. 1. Unrestrained by some of the more rigid elements of orchestral music and influenced by O’Halloran’s background in visual art, Lumiere offers a collection of shimmering tracks infused with tenderness and emotion. This is contemporary classical music at its most liberated.

The album is out now and O’Halloran was performing across Europe, the UK and the USA in support of Lumiere in 2011. www.dustinohalloran.com