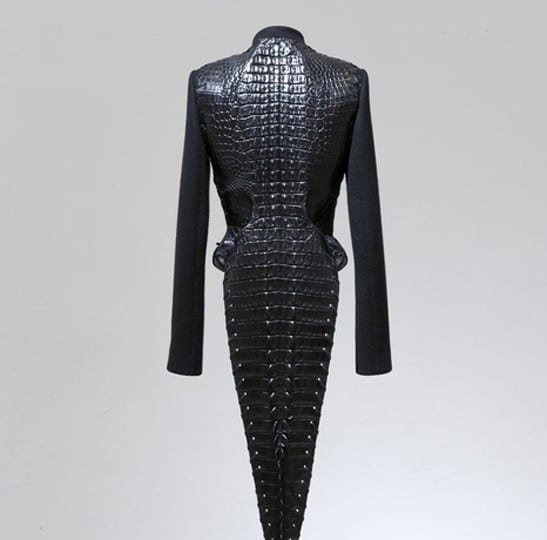 Exhibitions of fashion creations are no more astonishing to the audience as well as their connection with artistic practices. However, this particular show attempted to unveil the original, free of the burden of a commercial brand’s approach of the designer.

Azzedine Alaïa started to admire dresses in his adolescence, reviewing catalogues and copies of fashion magazines he managed to find. As a boy of 15 he dared to pass the entrance exam to École des Beaux-Arts in his native Tunis without his father’s knowledge and lied about his age to the jury. In order to pay for his school equipment, the young sculptor student, Alaïa, had to spend nights oversewing dresses for a local dressmaker: the fact that a boy sews was quite unusual for Tunis, where needlework was considered a feminine occupation. Nevertheless, chance brought him to Paris, where he started to do dressmaking for noble and rich women as well as attaining experience working for Guy Laroche.

The conduction of a retrospective in Paris makes sense as Azzedine Alaïas development as a couturier took place there, where he got his followers and acquaintances with further muses that marked his path, including writer Louise de Vilmorin, and actresses Greta Garbo and Arletty. He says that it is a woman, her body and personality that inspires the technical and creative experiments.

Actually, all the 74 creations of Alaïa displayed in Palais Galliera and Salle Matisse contain a multiplicity of cultural references. It’s both cinema, as in a Long dress (1983) repeating the motive of sparkles inside a crystal ball from Citizen Kane and Elsa Schiaparelli experiments that are quoted in Alaïa’s cage dresses and several with skeleton contours pattern. He cites classical bas-reliefs in pleats of white silk jersey dress and traditional African and oriental costumes in a series of totem dresses.

“I didn’t learn in any fashion school. I dressed women directly on their body, by intuition. This is how I gained experience” – asserts the designer. Nonetheless, his creations totally exude his approach, that of a sculptor. The silhouettes of various epochs and cultures seem to hover as phantoms in the exhibition space, they give an impression of being bodies themselves, not a dress put on mannequin for accurate presentation.

In the iconic Sale Matisse the dresses selected for display endeavor to articulate a refrain to the oeuvres of a museum’s collection. The creations of the last decade with perceptible shapes and ornaments are on display in front of La Danse (1931) by Henri Matisse’s, and face Mures de peintures (1995) by Daniel Buren. The theatrical procession of Azzedine Alaïa statues concludes by the bas-relief Nu de Dos (1916-1917) of Matisse reflecting in the orchestrator tailcoat-like jacket with a crocodile skin tail. 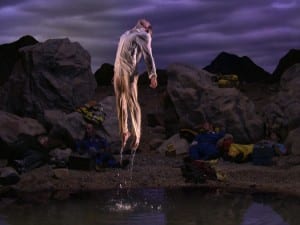 Recently opened at the Grand Palais until 21 July, this retrospective shows off 20 works and is the first video art exhibition at the National Galleries. The experience of going to the exhibition visit is conceived as a journey.