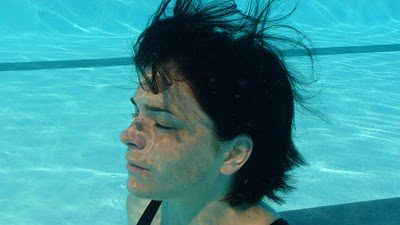 In a world saturated with images; with photographs, films, videos and video art; Marcel Dinahet’s work is a welcome reprieve. Now in his sixties, Dinahet has been working almost exclusively in video since he abandoned sculpture in the early 1980s. Exploiting the intimacy and transportability of the video camera, Dinahet’s work is characterised by a quiet ambiguity, which resists any straightforward narrative logic.

At first glance his work might seem a little presumptuous; at Domobaal he shows three looped video works and little by way of explanation. There are no titles in the gallery, and although the exhibition pamphlet is illuminating, it is general and does not make reference to specific works in the show. Because of this aspect, Marcel Dinahet, which is available to view by appointment throughout January, requires patience and the desire to find meaning.

For regular gallery-goers, this isn’t too much to ask; in fact it is rather refreshing. A respite from overwrought concepts and closed artistic narratives, Dinahet’s work is more about experience than epistemological gain. Exploring terrestrial and submarine landscapes, Dinahet works from a visual, and deliberately non-political, perspective. Borders, territories and frontiers are evoked, not explained, by an ethereal, liminal aesthetic.

In practical terms, his video works can be loosely distinguished by a few fundamental approaches. In many instances, Dinahet demonstrates a candid approach to documentary video. Shaped by an interest in the particularity of a place, he regularly carries his camera through towns, villages and coastal areas, recording at close range the faces of the people he meets. A fascination with ports, seaside communities and peripheral coastal areas permeates Dinahet’s work; a theme which is regularly attributed to his birthplace – Finistère in western-most Brittany (the name Finistère comes from the Latin ‘finis terrae’ meaning ‘the end of the earth’).

When it isn’t being traversed around remote geographical areas, Dinahet’s camera can often be found underwater. Dragged along sea beds, submerged in rivers or skimming the surface of a high tide; it is occasionally accompanied by a cameraman, but more often than not, it is literally thrown overboard. By relinquishing control, Dinahet allows nature and chance to replace the bodily presence of the artist. The resulting video works wilfully combine unplanned visual footage with images of everyday interfaces, such as the borders between countries, or the limits between air, water and sky.

This technique is seen to great effect in the piece The Sky from under the Sea – La Pointe du Grouin (2010). Projected onto the ceiling of Domobaal’s stairwell (an ornate Georgian stairwell, no less), this subtle, site specific work depicts the view from a seabed looking up to the sky. The liquid fluidity of the water merges ambiguously with a light coloured sky to create a dislocating sense of freedom and movement. Detached from any specific sense of place, The Sky from under the Sea has a beautiful, dream-like quality that infuses the gallery with ambient light and subtle, undulating reflections.

In most of his work, Dinahet chooses not to explore the epicentres of capital, trade and tourism, but the world’s cultural and geographical peripheries. A seeming obsession with the more marginal communities of Europe is typified by works such as Portraits (Pontoise – Pantin) (2010). The piece, a series of filmed close-ups, depicts a selection of randomly chosen Parisian suburbanites.

The area of Saint-Ouen-l’Aumône, famous for the historic Abbaye de Maubuisson, is an area charged with social and cultural friction. In its contemporary setting, the 13th century abbey’s architectural perimeter provides a hang-out for local gangs and idle youths – an aspect unseen in Dinahet’s video. Merely disclosing the faces of anonymous individuals, Portraits (Pontoise – Pantin) has no discernable context or topical urgency. As Celia Cretien explains, the artist has no intention to comment on a social situation.

Bearing in mind the proportions of a portable video camera, the claustrophobic proximity of these wordless human encounters is a physical and psychological test for artist, subject and viewer. By deliberately withholding contextual information, Dinahet detaches the visual from its point of political or geographical interest. In turn, he proffers a curiously neutral perspective; an act which reveals as much about video itself as it does about the people he portrays.

It is in this sense that Dinahet’s work is frequently compared to early Structuralist films where narrative was abandoned in favour of exploring the inherent qualities of the moving image. Here, the ‘face-to-face’ encounter, as theorised by writers such as Emmanuel Levinas, provides a visually and theoretically productive mise-en-scène, when mediated by a mechanical video camera.

The final piece in the show, a diptych featuring the works Figures (Maud LePladec) and Figures 2 (Maud LePladec) (both 2008), is equally rife with critical possibility. Split between two screens (a large central screen and a smaller screen to the right hand side of a viewing bench), an unseen cameraman circles the face of a young woman submerged in a turquoise coloured swimming pool. The floor of the pool is striped with lines of black paint, creating a strong visual contrast between its rigid, architectural structure and the supple movement of the chlorinated water.

The fact that Dinahet casts a ballet dancer in this piece – an aspect revealed only after subsequent research – allows her poise and relaxed self containment to exude a peaceful, unexplained eloquence. The effect, both calming and captivating, is an interesting contrast to the intensity of Portraits (Pontoise – Pantin). Stripped from conclusion, context and conventional narrative structure, Figures provides a rich visual arena from which to contemplate abstract notions such as time, space and being. More metaphorical, and perhaps philosophical, than the other works at Domobaal, it allows for period of peaceful suspension with no call for explanation.

The Marcel Dinahet show at Domobaal continues throughout January, by prior appointment only. Marcel Dinahet has a solo show until 17 January at Galerie Les filles du calvaire, Paris. 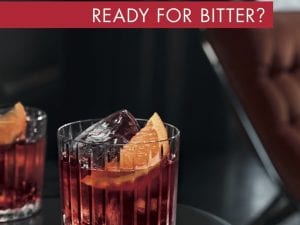 Since the 1800s, Campari has been responsible for some of the most innovative imagery created in Italy. They discuss their branding in light of a new show. 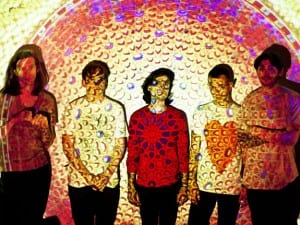