Review of The Koppel Project’s Pandiculate! The Joy Of Stretching 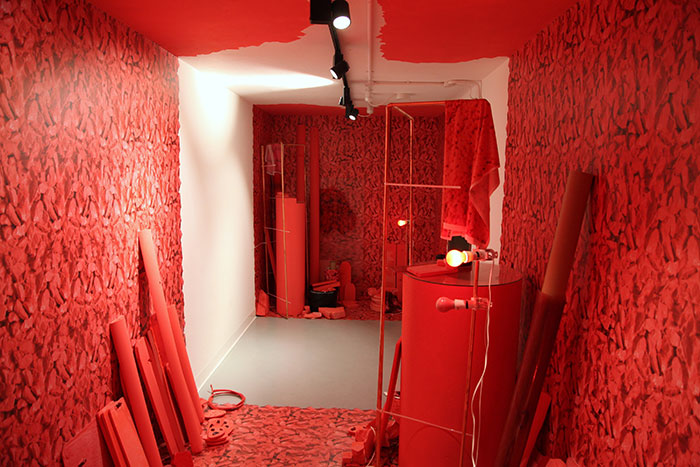 The Koppel Project, led by Gabriella Sonabend and Hannah Thorne is a creative hub bringing together a contemporary art gallery, project space, cafe and Phaidon pop-up bookshop. Located at 93 Baker Street, London, in a recently decommissioned Barclays Bank vault, the inaugural group exhibition currently on display – Pandiculate! The Joy of Stretching – sees the viewer delve deep into stage-set of unseen characters and absurd trophies amalgamated by tropes equally triggered by the viewer’s curiosity and physical demands of the architecture as commercial function of the bank is reallocated and adapts to becoming an exhibition space.

The space, made up of the once vault room, isolated and freestanding in the middle which is flanked by walk ways on either side leading to a larger storage area and foyer.  Upon entering a glimpse of fluttering plastic can be seen at the end of a far walkway. A series of fans whirl and hum hypnotically for a period of time before dying down to a calming silence only to re-start again. The sound reverberates throughout the vault and surrounding areas. It beckons the viewer incessantly, taking them past flickers of paint and pattern breaking through compelling vignettes. Attached to the fans is Katie Hayward’s These Ones (2015). The fluttering plastic revealed is revealed as inflatable hands and feet billowing and stretching as air is pushed through them. Constrained by the tightness of the space, the periodic turning on and off becomes like laboured breathing of this monstrous figure not seen as these extremities continually try to reach out to the viewer. As the viewer continues to watch them glide and writhe, the viewer begins to allocate further movements, by the hands in particular, to movements they recognize. At one point the legs are pushed to the side walls as the two hands cross over one another at the wrists in between as if caught in an amorous defence of modesty.

But as quickly as this is witnessed it vanishes and becomes a different interaction – perhaps grabbing the lemons seen to the left of the viewer in Harriet Pozansky painting; Vampire in the Lemon Grove (2015). The close proximity, but just out of grasping distance to Hayward’s These Ones and the narrowness of the walkway sees the upside down ghoulish blue vampire hanging in a luscious and vibrantly coloured lemon grove mesmerised by the failing limbs as it tries over and over to pick the lemons. Turning around and now looking at the main storage area, Pozansky’s Vita : Vita (2015) sees five large panels of varying degrees pattern all unified by expressive horizontal movement. Sweeping slashes extend from the left, where they are most violent to the right where they taper off to bigger areas of pattern. Again, the movement of Hayward’s hands is re-assigned – was it this person that caused the slashes in the dense darkness of the backgrounds of the paintings?

But it is within the isolated vault room whereby the narrative is truly flipped. Sarah Roberts’ Mouth of Olwyn (Pandiculate). The doorway in acts as a torn and ripped rupture. On either side pink lights flood the cramped room which is layered from floor to ceiling with a wallpaper of hot pink gooey gravel. The room is cluttered with a seemingly random assortment of materials – tubes, buckets with stones, wood, all pink and covered in glitter. A surreal sexuality or perversity resides but the viewer can never quite tell why. A soundtrack heard only on headphones adds the intensity of this Lynchian world -birds tweet and gunshots and peeling tape assault – leaving the viewer agasp at what it is they have found themselves in. The viewer is left with just a name – Olwyn meaning daughter of Yspaddaden in Authurian folklore. The sound of the fans is again heard turning on and off hypnotically and the viewer wonders what the hands are doing now and once again they are beckoned over a new narrative begins and the works compose a new world for the viewer to explore as the identity of the bank slowly diminishes and fades away entirely.

Credits
1. Sarah Roberts’ Installation view of Mouth of Olwyn. Courtesy of the artist and The Koppel Project. 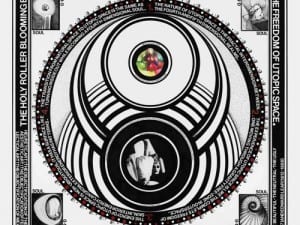 Crystal Fighters’ second album is so blissfully executed that its infectious rhythms are bound to induce partying in a cave, field, beach or just about anywhere. 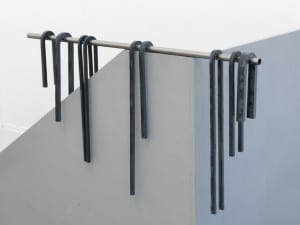 Florian Roithmayr: with, and, or, without

Florian Roithmayr presents a new body of sculptural works at London’s Camden Arts Centre which observe and reflect upon the material transformations that take place in any process of making. Roithmayr is interested in the unexpected gestures that occur in the interstice between mold and cast. 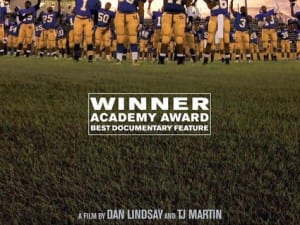 The rules and culture of American football itself might be an alien concept to most of the UK’s population, but raw passion and determination translates beyond sport.