Review of Grace Schwindt: Only a free individual can create a free society, Site Gallery, Sheffield 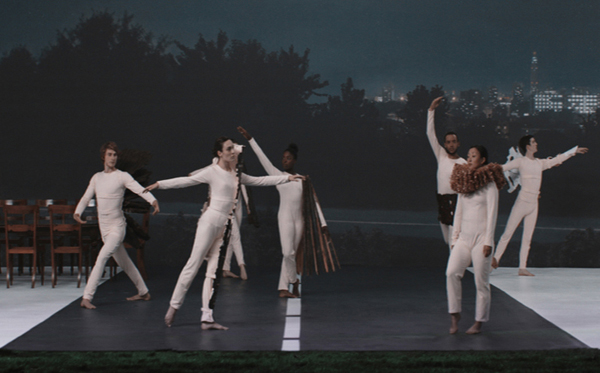 Grace Schwindt’s Only a free individual can create a free society is a captivating feature-length film installation currently in place at Site Gallery, Sheffield. Running until 28 February, the piece has been co-commissioned by the gallery and explores the radical left-wing politics of Germany in the 1960s-1970s. Within the gallery, the set was simplistic – a single road mapped out in black material, with white either side of it, set against the distinctive backdrop of a city skyline. The words of the feature were spoken in unison by no more than a handful of actors dressed in lavish and bizarre costume. At times, it seemed to channel a shared consciousness of society, yet, at others, a mere singular voice. The collective vs. the individual played throughout the show, which examined a foreign society to our own. The chant itself sounded magical, as though it were a séance, and now and then a new character would speak once again.

Schwindt’s objective was to unpick German politics of the past. The central voice of the film was that of an ex-activist cab driver, who, as you might imagine, was opinionated and generally disillusioned by the shift in power during the 1960s. Audiences unfamiliar with this period of history may find the finer references hard to define. However, the central themes of the piece could translate to almost any period.

At times, you could relate the opinions expressed in the film to the current political climate here in the UK. It was shocking, in fact, to draw comparisons between the two eras and political climates. In particular, the theme of freedom, and whether we can ever call ourselves free, translates and resonates in every culture around the globe throughout the history of democracy. The myriad of voices in the film, begged the audience to give them an answer. “Freedom doesn’t exist” they exclaimed in unison, as though it was a challenge. “Have you ever felt free?” they mocked, and then in a millisecond answered their own question with, “It is a pretty difficult subject. It leads to power, oppression and unfreedom.” The voice, because now it was one, sounded almost robotic – lacking emotion or personality. It had been stripped of all its human characteristics; forced into a mass of sounds. It sounded trapped.

While this voice continued on its never-ending rant, the action was minimal. At one point, a group of people sat around a dining table. For a while, they took on the voices as their own, occasionally breaking to lighten the mood, “I’m going to open the window now,” but swiftly sinking back into the depths of the discussion. While the diners talked, a man laden with white sticks walked around the set in slow, stiff movements. The poles restricted his every turn; prevented his from moving as he would like to. Yes, he could go to any location and arguably, do anything, but only under the rigid guidance of the sticks bound to him. Later, a woman lashed rope to her arms and slowly pulled several blocks behind her. The baggage trailed at a snail’s pace behind her on the floor. It was heavy, and she could barely manage its weight. She struggled under the severe burden, yet continued to fight her restrictions.

“I’m going to stop the car before we reach the city. We can enjoy the view from here.” As the piece flits back to the original narrator, there seems to be no answers offered to the multitude of questions the film proposes. Perhaps, that in itself is the point. To define freedom is to, in that very instant, lose it forever. Liberty is indefinable, and nobody can truly say that it exists with any level of certainty. Yet, somehow, if you never once need to consider it, you might just have it. 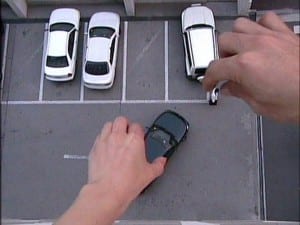 International video art is celebrated in an exhibition at Birmingham Hippodrome and across the city this November. About Town is presented in partnership with Ikon and showcases a variety of free night-screenings by international artists. 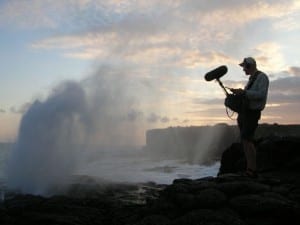 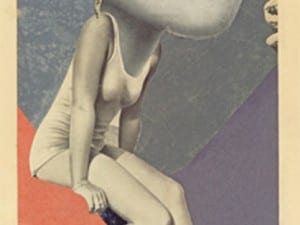 Hannah Höch was a driving force in the development of 20th century collage. Splicing together images taken from fashion magazines and journals, she created a humorous and moving commentary on society.