This year Art Paris Art Fair showcased Asian art, once again demonstrating how inventive and abundant the art scene in Asia still is. Of all the artists represented, Korean artists were the most eye-catching. Galerie Géraldine Banier hosted artists like the Korean Jung Min Choi whose wire sculptures added a delicate note of poetry. With its wire spider hanging above orange-tipped wire flowers, his Hommage à Louise is intended as a miniature, non-macabre nod to Louise Bourgeois.

Galerie Géraldine Banier specialises in art that represents contemporary objects in a neo-Pop Art style made of alternative materials, courting the hybrid. There was a whole arsenal of Francesca Gagliardi’s lipstick bullets, and Lawrence Le Constant’s exotic feather-covered skulls appeared next to Xavier Somers’s exquisite sculpture made of clockwork parts and bird bones.

One of the most compelling artists showcased by Kalman Maklary Fine Arts was Korean artist Kyung-Ae Hur. From a distance, her paint sculptures are more than arresting. You are simply compelled to look closer to find out how they are made. The overall effect is like watching a dense curtain of coloured rain splintering off the edge of oblivion. The art works have that delightfully flaky, crumbling trompe l’oeil mobility that keeps you staring for ages. Hur achieves this sensation by covering her canvases in up to 50 layers of paint which are then partially gouged at various depths. The removed splinters are then glued back on in strategic places.

Patrick Hughes was another tantalising and hypnotising artist championed by Flowers Gallery. His carefully executed painted sculptures evoke buildings confected in such a way that they genuinely give the impression of moving as you move. I have never encountered op art that pleasantly perturbed me to such an extent. Captivating Japanese artists this year included Kimiko Yoshida and her hybrid busts of famous historical figures with a fluorescent patina. Her self-portrait as Bernini’s Louis XIV was a memorable presence at Galerie Patrice Trigano.

Galerie A. Benamou-V. Maxé contained an intriguing selection of Chinese artists. Li Hongbo’s paper sculptures were a stand-out moment. Inspired by ancient Chinese paper gourds used for weddings, Hongbo applied the concept of expandable glued paper to representational sculpture, allowing busts and vases to stretch out to several times their stationary length. Choi Xooang’s partially blurred sculptures are hauntingly beautiful. Although Wolfgang Stiller is a German artist, he lived in China and his art captures the spirit of tormented late 20th century Chinese art. His Matchstick Men have become a memorable trademark. 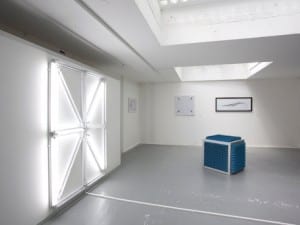 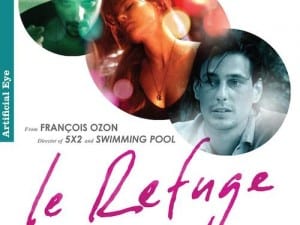 Ozon’s latest offering, Le Refuge, refutes his categorisation as an enfant terrible of French cinema and is distinctly more art-house than the shocking Sitcom. 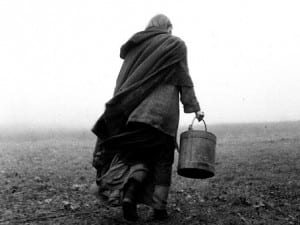