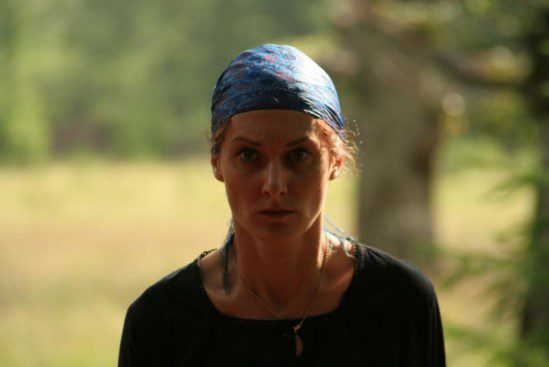 The theme of revenge and familial bonds are explored in two brutally honest new releases, Katalin Varga (Peter Strickland) and The Horseman (Steven Kastrissios). Katalin Varga was released on DVD and Blu-Ray yesterday, and tells the story of the title character, banished by her husband and her village with brutal ease and left with no other choice than to set out on a quest to find the real father of her son, Orbán. Taking Orbán with her under another pretence, Katalin travels through the Carpathians where she decides to reopen a sinister chapter from her past and take revenge. The hunt leads her to a place, she prayed eleven years prior, she would never set foot in again.

Filmed in Transylvania, the disturbing story of the past catching up with her attackers all-too-closely mimicks old-testament mentality of an eye-for-an-eye. As Katalin vows to seek retribution, the cycle continues as others follow her lead along the way. There are points in the film where the revelations of her disturbing past seem to draw the viewer to her side in agreement; but I felt there were a similar number of scenes that questioned Katalin’s extreme methods, and willed her to get herself and her son out of the situation she had put them in.

Perhaps the most impressive point of this film is the soundtrack. The intensity of the storyline is calmed almost to a similar point of tension, as the sparse song sung by Katalin and Orbán is a disturbing lament in the chaos. The beautiful shots of the countryside along their journey, coupled with lingering, almost still shots of their surroundings, counteract the brutality of the protagonist’s actions but adding an eerie atmosphere of strange, natural exquisiteness.

The Horseman, due to be released on DVD and Blu-Ray on Monday (1 March), follows Christian, a father who is sent a horrifying pornographic video – featuring his recently-deceased daughter. Like Katalin and full of revenge, he soon spirals into a world of violence and recklessness as he follows the links through the industry with his unique methods of brutal questioning.

Driving through north Queensland to locate the final suspect, he reluctantly picks up Alice (Caroline Marohasy), an awkward young runaway and an unlikely bond develops. But as the crime is pieced together, an ugly truth is revealed that leads everyone down a dangerous path. The causes of Christian’s daughter’s murder make for a vicious and extreme set of characters, emphasizing the brutality of human vice. The Horseman is immersive, disturbing and brings out the very worst in those characters hidden behind the edges of a shady industry. At times the methods of questioning, carried out with such quiet, pent up fury by Christian and his trusty toolbox, make you wonder how could possibly have thought them up.

The Horseman is more of a revenge horror than Katalin Varga, due to its brutal, and graphic portrayal (think fishhooks and pliers), the latter is almost a meditation on what a violent past can do to a person, and the consequences, both living and dead, that come from that past. Also the opposite outcomes of the two titles seem to on-one-hand reward revenge, and on the other, illustrate the futility of such vendettas.

At the end of each of these films, I’m not sure whether we ever feel a sense of justice or whether there’s just a hell of a lot of mess that has been left behind, but the unsettling depictions of these characters throw up a lot of questions about humanity in the process.

The Horseman is released on 1 March on DVD and Blu-Ray on Kaleidoscope Entertainment. For more information, please see www.thehorsemanfilm.com 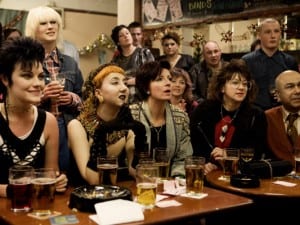 This is England ’86 and ’88 Marathon Screening, BFI

It is the day before the death of Baroness Thatcher and about five-dozen people (give or take) are being transported, for a solid few hours, back in time to the height of Thatcher’s reign as prime minister. 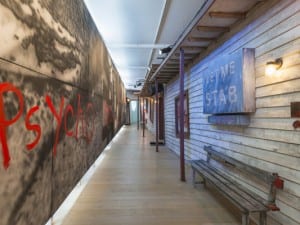