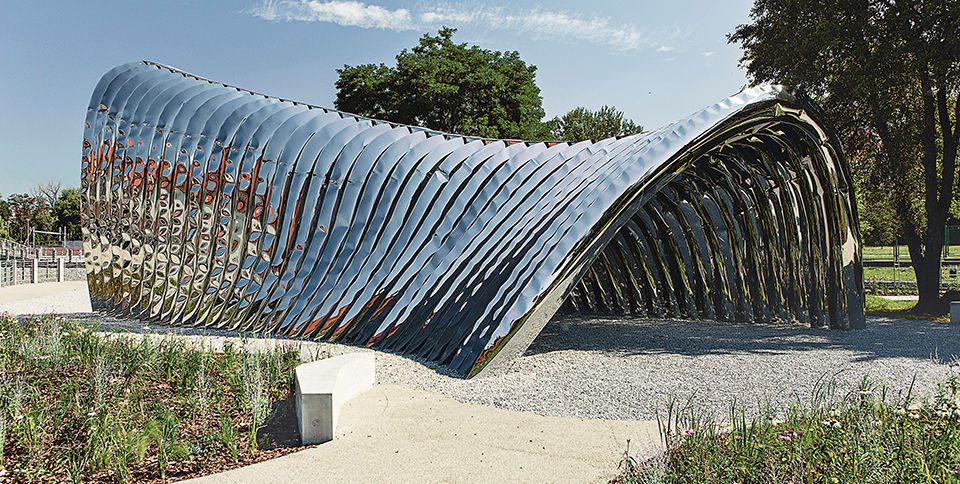 The bubble is officially back in fashion with an effervescent new publication by Phaidon and New York-based architect Sharon Francis. Foaming with over 200 projects from the 1960s to the present-day, this intriguing new book explores the often playful yet functional uses of pneumatic structures, and, contrary to popular belief, it’s not just bouncy castles and swelling animals. Synonymous with the low stakes joy of children’s parties and fun-splash swimming pools, the deceptively simple appeal of inflatable objects has long been seen across the cultural spectrum, from the candy-coloured blow-up chairs of 1960s pop furniture to the more recent “Baby Trump” hot-air balloon that flew over London’s Palace of Westminster to protest the arrival of the US president.

The collection begins with a whistle-stop tour of the history of balloon-made design, beginning with the “golden age” of air transport, steered by the iconic cigar-shaped Zeppelin in 1893. Later instances demonstrate uses in warfare, most amusingly between 1944 and 1945 when American troops enlisted a phantom fleet of inflatable tanks and aeroplanes across Europe to impersonate other allied units and scare enemy troops into retreating. “Innovative, revolutionary and often avant-garde, the featured structures are imbued with political, cultural or social significance,” Francis explains.

One example is a movement in the 1960s that aimed to redefine the built environment by offering a low-cost, massproduced model of living. With Frank Lloyd Wright and the 1956 prototype for an inflatable village made of vinyl-coated nylon fabric at its (unlikely) helm, the movement – known as the second wave of utopian architecture – gave birth to a new generation of young, radical designers who wanted to burst the bubble of conventionality surrounding mid-century construction. With plastic becoming widely available, it was the perfect medium from which to build a fresh perspective for the future. Buildings like Haus-Rucker-Co’s Gelbes Herz (1968), a brightly-coloured space capsule centred around a small chamber with a double mattress, offered a refreshing alternative to Le Corbusier’s concrete vision. “It was intended as a critique of static architecture,” Francis tells us.

But the publication also shows us how transient projects can spark joy – in the words of one anonymous commentator, “there’s no angry way to say ‘bubbles.’” This is perhaps best embodied by Quasar Khanh and the Apollo and Satellite No. 13 chairs. Made of retro-futuristic shapes and translucent, PVC bodies, Khanh’s playful items are products of their epoch, exuding both youthfulness and fun. The items are made for mass production: they are cheap, cheerful and accessible. Perhaps what is most important when reading Phaidon’s collection, though, is to recognise the power of inflatables to incite change in people’s perceptions, bursting through existing frameworks or simply making readers smile. 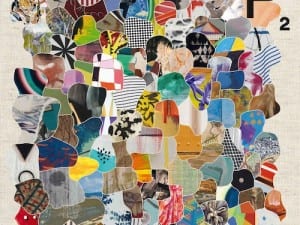 Vitamin P2 is a compendium for new international painting, acting as a guide to the styles, themes and subjects in today’s most recognisable works. 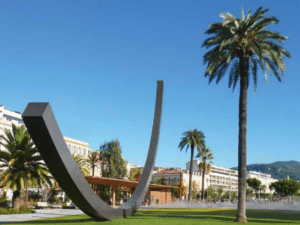 Control, chance and chaos are all qualities that characterise Bernar Venet’s work. The sculptor crosses lines between art and engineering. 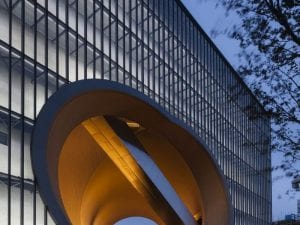