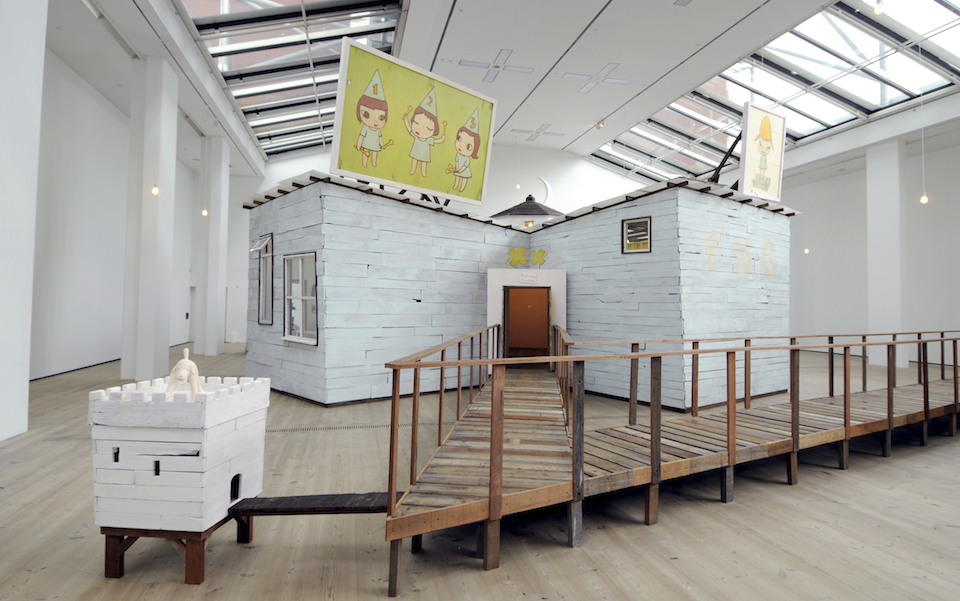 ‘A’ to ‘Z’Project, at BALTIC, is the latest exhibition from Japanese artist, Yoshitomo Nara, and creative design team, graf. It invites viewers to interact with the works to enter new worlds and return to old ones.

Nostalgia is a sentiment associated with the past and more specifically, childhood — a time of innocence, a period of curiosity and play. Only so often can we get transported back to that magical era when time was abundant, imagination plentiful, and restriction non-existent.

Japanese artist, Yoshitomo Nara, has produced a body of work that evokes a mass array of human emotions, including: fear, anxiety, joy, playfulness, hope, insecurity and confidence. His figures such as Sprout and Cosmic Girl exist in a dream-like state where reality becomes what you make of it. They are ferociously independent and full of defiance.

Throughout Nara’s practice (installation, painting, drawing and sculpture), he has provoked a deep sense of memory and the allure of youth while simultaneously leaving a constant reminder of the problems and concerns of adulthood. Nara’s work embodies a defiant spirit that comes with youthful optimism and belief that we can change the world. He is best known for his deceptively simple drawings, paintings and sculptures of children or animals with apparently innocent, kawaii or cute expressions. Influenced by popular culture from punk music, rock ‘n’ roll and Manga, to the American cartoons of his childhood such as Walt Disney’s animation. Nara explores the tensions of a hyper-consumer culture.

Nara started exhibiting in Japan in 1984, and in 1989 began to exhibit internationally. He has had nearly 40 solo exhibitions since 1984 and is represented by galleries in London, Tokyo, Berlin, New York and Los Angeles. Having received his B.F.A. (1985) and an M.F.A. (1987) from the Aichi Prefectural University of Fine Arts and Music, Nara studied at the Kunstakademie Düsseldorf, in Dusseldorf, Germany from 1988 to 1993. He currently lives and works in Japan, and exhibits worldwide.

For the first time in a UK public gallery, Nara and creative design team, graf, present the latest installation in the ongoing ‘A to Z’ Project at BALTIC Centre for Contemporary Art. The ‘A to Z’ Project began in 2003 when Nara met Hideki Toyoshima, an artist and one of the founders of graf. To date they have collaborated on projects in Japan, Spain, UK, Holland and Korea. Nara comments: “I met Hideki in 2003 through a group of friends. I hadn’t worked in collaboration before, but we had the idea of three types of work — small, medium and large. Then Hideki thought it would be a great idea to give the works roofs and to make them into self-contained houses. Then we thought, what about an ‘S’ or a ‘T’, and then the idea of ‘A’ to ‘Z’ was born.”

For each phase of the project, the team creates a new wooden structure or “house” that responds to the particular environment of the exhibition space. Ultimately the project will accumulate more than 26 houses over the course of 26 exhibitions. Together the houses create an imaginary town with each street named after a letter ‘A’ to ‘Z’. For this stage of their project, Nara and graf constructed three cross-shaped “houses” at BALTIC. Two of these are reconstructions from earlier stages; the third house is specially designed for the exhibition and built using local reclaimed materials. The BALTIC “house” was designed using Newcastle as its inspiration. It takes the shape of a castle with a disco ball hanging from the balcony. Hideki explains, “The idea for the BALTIC developed when we arrived in late April (2008). We never expected that the BALTIC house would be so tall. The idea for the castle grew from my view out of my hotel window every day.”

The exhibition is large in scale and captivates the viewers’ emotions. There is something otherworldly, surreal and enchanting about entering the “houses”. There is a sense of entering Nara’s personal space, but somehow it is public, and open to interpretation. This paradox creates interplay between innocence and experience, and evolves into one thought: in some respects we are all still children.

The ‘A’ to ‘Z’ Project brings together the delights of a large-scale installation, and Nara’s figures, through an experiential journey within physical spaces. There is a distinct aura of rebellion against social conventions. In his work, children play alone, but at times they are holding objects such as knives or saws. The blending of these two distinct worlds captures the essence of Nara’s work. There is always a certain sense of solitude, but not loneliness.

The ‘A’ to ‘Z’ Project encapsulates the true meaning of collaboration with Nara’s imagination and iconic characters along with graf’s skill and meticulous construction, a sensational body of work has been developed. As this project tours throughout the world, there will be further additions from gallery spaces and urban environments, which will eventually complete a new community with fragments of different cultures that somehow create one new cultural whole. 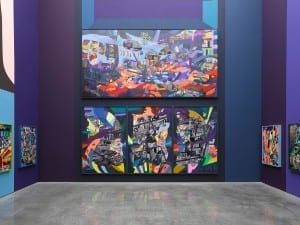 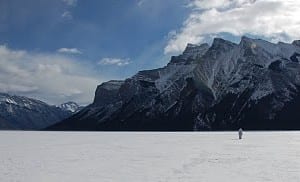 Visual and Performance Art for All 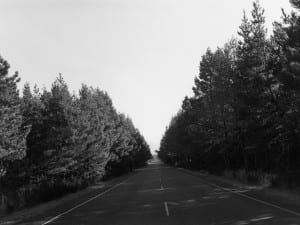 A Road Through Shore Pine focuses on a new body of work by Robert Adams, a series of 18 never-before-seen photographs made in Nehalem Bay State Park, Oregon, in the autumn of 2013.