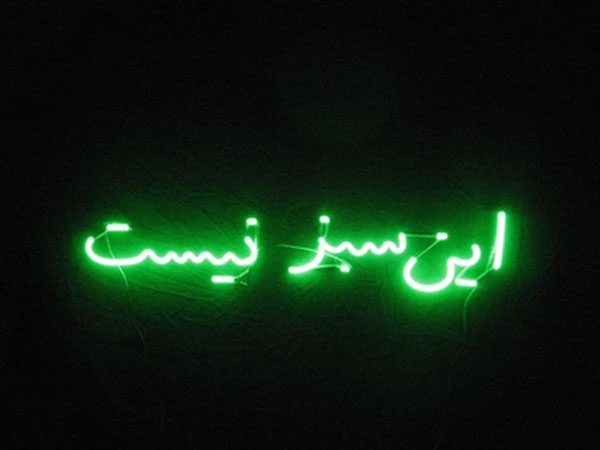 The London Art Fair at the Business Design Centre in Islington ran for five days from 16 January until 20 January. Among this year’s participating galleries were The Fine Art Society, Charlie Smith London, Union Gallery, and Nick Hackworth curated A Cyclical Poem, which was part of the Photo50 section. The venue was overwhelmed by a multitude of passages and routes on which to navigate the enormous collections of work. The works themselves ranged from painting to sculpture to photography and everything in between. Dissecting a large spectrum of styles and schools of thought, the pieces offered something for everyone – not just to simply admire, but to buy.

Located on the second floor Stefan Hoenerloh’s Preliminary Stage Of American Main Course (2012) stood like a window to another world – able to transfix the viewer on the furthest point from the rushing fair. It’s a painting that depicts the inside of a gothic ruin where the floor has eroded away almost forming an optical illusion. To the left of the painting in the opposing gallery stall was a graphite drawing that compels so much charisma and power one cannot help but be drawn into it. The Second Of Rum From Iona (2012) by Jason Hicklin is another visually distorting piece, made up of vivid strokes providing a sense of speed and movement.

Away from the mainstay of booths located in the centre of the building, the upper levels opened up a gateway for prospective buyers and curious onlookers, and offered the chance to view up and coming galleries. One of these galleries was Reach Gallery, who were displaying Manolo Chretien’s Golden Edge (2012) – a close up photograph of an American bomber in all its reflective aluminium glory. The way the aluminium reflected the colours of the space around it suggested a similar painterly aesthetic to that of Dali’s work. The aluminium frame helped to enhance the photograph’s material quality and surface texture. Another outstanding work was Terry Pope’s Perspex Construction (1978). This piece of evocative work blurs the line between two-dimensional and three-dimensional art, as it uses ever decreasing sheets of perspex to throw up questions as to its creation.

With art fairs becoming more and more popular within the UK, London has played host to the very best of them. The London Art Fair offered a relaxed atmosphere and exposed viewers to those emerging in the commercial art world. 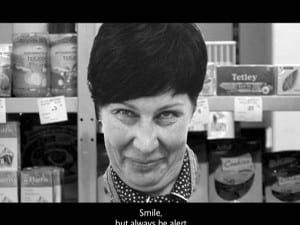 Moving Image will be returning to the Bargehouse in London’s South Bank this October. The art fair, this year partnering with Aesthetica, will be showcasing 35 single-channel videos and installations. 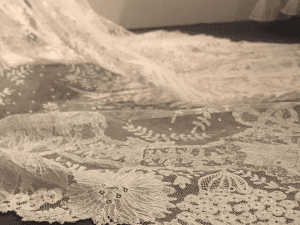 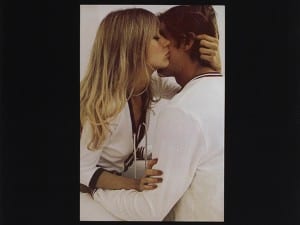 Text and image meet, clash and play off each other in this new exhibition of the work of pioneering conceptual artist Victor Burgin at the Richard Saltoun Gallery, London.