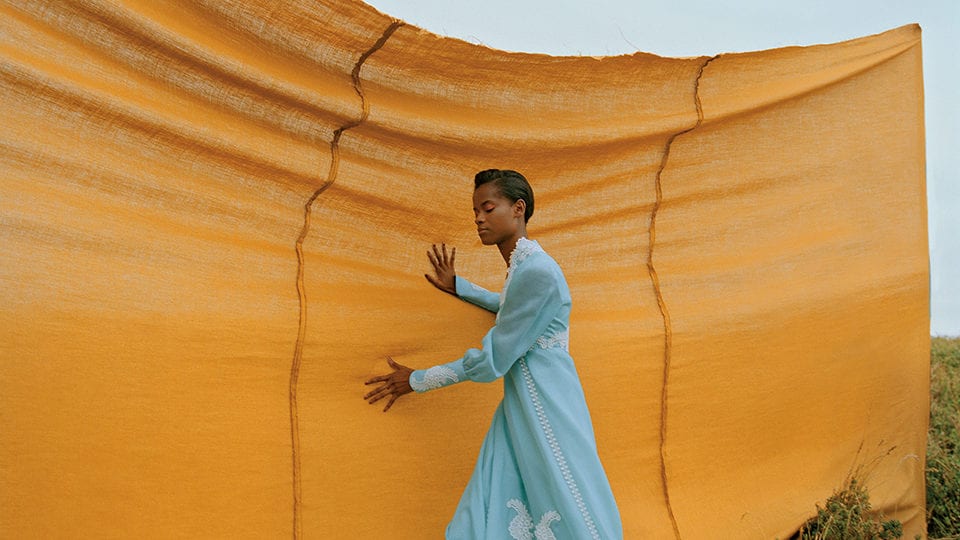 In September 2018, American Vogue published an issue with two ground-breaking covers. Both featured the singer, songwriter and all-round superstar Beyoncé Knowles-Carter. What was remarkable wasn’t the cover star, but the person who had shot the photographs. At just 23 years of age, Tyler Mitchell became the first black photographer to shoot a cover for the influential fashion magazine.

It seems remarkable that this was such a feat, and that it took so long to be accomplished, but for art critic and writer Antwaun Sargent (a regular contributor to the likes of The New York Times, The New Yorker, VICE and many museum publications) what’s most interesting is the groundswell of activity that finally made this key event happen. How did it come into being? He’s just created a book with Aperture titled The New Black Vanguard, tracing the work of 15 young and innovative image-makers who have burst onto the international scene – with Tyler Mitchell amongst them. Featuring fast-emerging names from the African diaspora such as Micaiah Carter, Arielle Bobb-Willis, Nadine Ijewere and Namsa Leuba, it also includes non-western image-makers including South African artist Jamal Nxedlana and Nigerian creatives Daniel Obasi and Stephen Tayo.

As Sargent points out, these practitioners have all had different experiences, and they all offer distinctive, individual work built on a rich tapestry of ideas and expressions. What they share is the desire to “take back images and ideas around the representation of black bodies,” he notes. “What’s profound is the way they are taking ownership of what beauty, gender or power looks like through the eyes of a black photographer. In the media, what we’ve seen are images of black bodies laced with stereotypes or layers of someone else’s ideas about sensuality or gender or race,” he adds. “If you think about the ‘black issue’ of Italian Vogue in 2008, it sold out. It included amazing shots – but not one of the photographers involved was black, though all the models were. In this day and age, that would be unconscionable. You can also pick up so many photobooks or magazines and not see a single black or Asian person – someone who is outside the traditional norms of beauty,” he continues. “I thought it was really important to show this concept published – what it means to be a young black photographer, creating right now, thinking about blackness.”

Sargent’s book starts with a fascinating contextualising essay, which he’s opened with a quote from Thelma Golden, Director and Chief Curator of The Studio Museum in Harlem: “There is no question that representation is central to power. The real struggle is over the power to control images.” Pointing out that black portraiture has existed since the start of photography, Sargent traces an under-represented history of black image-making that includes figures such as James Van Der Zee and Cornelius M. Battey, and continues through the work of Malick Sidibé, Samuel Fosso and Seydou Keïta during the African independence movements of the late 1950s to 1970s. It goes on via names such as Kwame Brathwaite in the “Black Power” and “Black is Beautiful” movements of the 1960s and 1970s, and on up to the hip-hop-inspired street style of the 1980s and 1990s.

As Sargent points out, there has been no shortage of talented black image-makers, and yet the opportunities for them to – for example – shoot the front cover of American Vogue have not been there. Anthony Barboza, the first practitioner to shoot the American-Somali supermodel Iman (otherwise known as Zara Mohamed Abdulmajid) in the 1970s, published an Instagram post just a few days before Mitchell’s Vogue cover, including an image of a 10-page spread titled A Black Woman’s Beauty – taken from Vogue’s title Beauty Book in the 1980s plus a text reading “As a #BlackPhotographer with a history of photographing black people in fashion, I was never considered for shooting a cover of #Vogue magazine then or even now, apparently.”

The New Black Vanguard is now managing to break through that harsh glass ceiling and yet, argues Sargent, it’s only doing so because the practitioners involved have insisted on it – they have pursued it creatively, professionally, independently and unendingly. He points to the influence and potential of the internet and social media – the ways in which they have allowed young black creatives to take hold of their own careers, publishing their perspectives on beauty and identity, and building audiences that became so huge the mainstream press couldn’t ignore them.

Sargent cites Awol Erizku’s images, which celebrated and publicised the then-pregnant Beyoncé. The posts were uploaded swiftly and directly to the singer’s website page and Instagram feed, “cutting out traditional gatekeepers.” He notes: “Social media has allowed these artists to have their voices heard and to control their own narrative, building their own audiences. Mainstream media has had to catch up. These artists have the technology to propose their own ideas and show photography and fashion and art.”

And, he continues, the internet has also allowed some of this new wave of talent to get started in the first place because, whilst some of the artists he identifies in The New Black Vanguard have studied photography and art, others have not. “There are so many stories in and out of the book,” he says. “I say: ‘how did you learn about how to shoot on film or control aperture?’ and they say, ‘Oh I looked it up on YouTube’ or ‘I started to shoot with an iPhone’ or ‘I begged my mom to buy me a camera and started to figure it out.’”

This unfolding process of cultural progression and changing representation is still playing out, and has a long way to go, says Sargent, but he was keen to capture its spirit now, rather than waiting to publish a retrospective. “Because we are right in the middle of it, it’s time to write a book like this. So often black artists have had to wait a long time for their contribution to art and culture to be recognised.”

However, despite the massive shift brought on by the digital mass-communication age, he believes the mainstream press remains key to global shifts; publications still have such enormous influence – and such huge audiences. He notes how fascinated he was by i-D magazine when he was growing up in Chicago, taking a bus for 45 minutes to get to the one bookstore that sold it; by the same token, some of the photographers he’s picked out – and many of the people they hope to reach with their work – will be much more familiar with fashion and portrait images than fine art.

“I think the younger generation, are very savvy – they make images which will be seen not just in an art context, not just in museums, because that way they can reach a wider audience,” he says. “They are very interested in fashion photography because it is the biggest platform – these types of audiences are larger than any others in terms of how far those images travel. There’s a sophistication, in terms of presentation, in saying ‘We don’t care about the established relationships in art versus fashion, we’re thinking about how we can use elements of each to make the kind of photographs we want to see in the world around us.’”

“Art has appealed to a very limited audience for a very long time,” he continues. “That is changing, but I think there are still some real issues to explore. People may feel they are talked down to whilst visiting museums, or don’t feel comfortable in them because of the way they are curated, or the prevailing ideas behind them. Against that, it’s very smart to appeal to the widest public possible and say, ‘I want people to see my images.’ It’s the responsibility of the artist to try to engage with their audience in general.”

The publication is a demonstration of responsibility. The artists sense that they’re making an important intervention – not just pretty pictures. Sargent mentions a comment made by Stephen Tayo, that he wanted to make images because he never had photographs of himself as a child – and therefore felt the need to make sure other young Nigerians had visuals that reflected them and their lives. In his introductory essay, he picks out a comment by Nadine Ijewere, in which she states: “As a girl, I never identified with anyone in the pages of magazines. Now, we’re sending a message that everyone is welcome in fashion. There are so many different types of beauty in the world. Let’s celebrate them all!”

Sargent also points out that the photographers he’s selected for The New Black Vanguard have many other concerns – very contemporary associations with gender, sexuality, power and identity. Jamal Nxedlana’s practice, for example, engages with LGTBQ+ communities, whilst Quil Lemons’ Glitterboy reflects concerns with gender via models who identify as straight, queer and everything in between. Renell Medrano, meanwhile, shows women who “take up space,” instead of conforming to tropes of gentle, self-effacing femininity more familiar from fashion and society’s mainstream.

Micaiah Carter is quoted in the book as saying, “Blackness can get pigeon-holed into a one-dimensional viewpoint, but in reality, it is as diverse as the galaxies.” Whilst Sargent has drawn together The New Black Vanguard as a group – a kind of collective showcase – he also hopes to emphasise the artists’ individual concerns, giving each name an individual introduction and an extensive portfolio of images in their own right. “Take someone like Jamal Nxedlana in South Africa or Tyler Mitchell in the USA – Tyler is interested in southern black youth often not represented in images of America; Jamal is talking in the context of magazines which, under Apartheid, under-represented images of blackness in a majority black country. If you put their images next to each other, one of the things that emerges is that they are totally different people. It’s important to acknowledge race, but it’s also important to address other concerns.”

And in doing so, he adds, The New Black Vanguard is “recording and imagining and revealing new ideas around power, gender, identity and fashion” – ideas which are relevant to all human beings regardless of their background or skin tone. “In that sense I’d say this work also invites other people to view or see the universality of blackness,” he concludes. “So, if you look in these images and see them only in terms of colour, you’re missing a fundamental shift, and a fundamental generosity from these photographers.”

The New Black Vanguard is published by Aperture. 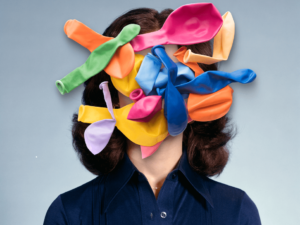 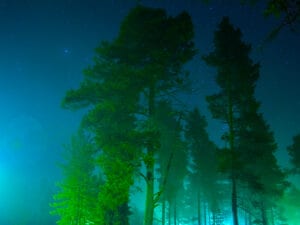 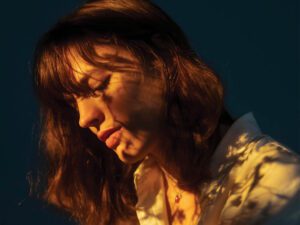