For four decades, with his ground-breaking label, Manfred Eicher has changed how jazz and other experimental genres are thought about, recorded and visually represented.

When, in December 2014, in the chapel of King’s College, Cambridge, Jan Garbarek and the Hilliard Ensemble came to the end of their final concert together as Officium, they invited their producer, Manfred Eicher, to take a bow with them to mark the end of a 20-year collaboration. Though Eicher thoroughly deserved the acknowledgment – it had, after all, been his idea to bring the Norwegian saxophonist and the British singers together – producers seldom receive such public recognition. But then Eicher is no ordinary producer, and his Munich-based ECM is not a traditional music label.

When Eicher founded Edition of Contemporary Music in 1969, it soon became clear that its approach to recording and promoting jazz had little to do with convention. First, there was the music. In recording Europeans such as Garbarek, Terje Rypdal and Eberhard Weber, and North Americans such as Paul Bley, Gary Burton, Chick Corea, Keith Jarrett and Ralph Towner, he was offering a radical alternative not only to the hard-blowing blues-based tradition but to the wilder, unstructured extremes of much of what then passed for free jazz. Then there were the recordings: crystal-clear and meticulously balanced. Then, too, there was the packaging. No mug-shots; rather, the covers featured abstract designs, intriguing photographs of landscapes, seascapes and objects, and imaginative typography. In short, ECM had a sound and a look. Combined, they were a breath of fresh air.

Since then, the ECM aesthetic has been much imitated, though seldom successfully. The original, meanwhile, has gone from strength to strength, having fielded improbable but game-changing hits like Jarrett’s The Köln Concert, the first Officium album, and Tabula Rasa, which effectively introduced the world to the music of the then-unknown Estonian composer Arvo Pärt. Though Eicher had already released music by the likes of Steve Reich and Meredith Monk, the Pärt album served to launch the ECM New Series, now established as a supporter of contemporary composers and as a source of top-notch new interpretations of renaissance, baroque and classical music. Steadily, the label increased its reach, and terms like “jazz”, “folk”, “classical” or “world music” felt irrelevant to what was on offer. Argentinian bandoneon player Dino Saluzzi might play with American bassist Charlie Haden, Polish trumpeter Tomasz Stańko or German cellist Anja Lechner, but no one’s creative integrity was ever compromised; this was equally so with Tunisian oud maestro Anouar Brahem in his collaborations with musicians from Britain, France, Norway, Germany, Switzerland or Turkey. It’s not genre or nationality that matters, but musical compatibility.

What makes such diversity coherent is the fact that both ECM’s music and its packaging are shaped by the personal tastes of Eicher himself. That also explains a few more experimental releases: Bruno Ganz reading Hölderlin’s poetry, or several film soundtracks, most notably that of Jean-Luc Godard’s epic video-essay Histoire(s) du cinéma (1988). The relationship between Eicher (a serious film fan, and co-director of Holozän (1992), a feature based on a novella by Max Frisch) and Godard is mutually fruitful: while Godard lets ECM use images from his films for cover art, he in turn uses music from the ECM catalogue in his films, Eicher often serving as musical advisor.

Classically trained, Eicher played double bass in classical and jazz outfits in the 1960s, but didn’t feel an orchestra suited him in terms of focus and discipline. “In Munich I used to frequent a record shop where the owner liked jazz, and he gave me some money to make some recordings. It was all quite accidental, and I’d no idea about business or money. I’d worked as a production assistant with Deutsche Grammophon, and I’d already met, in New York, musicians like Chick Corea and Paul Bley, so I started calling them.”

He wanted to do something different from American companies like Blue Note or Impulse. “I wanted to record more as if it were chamber music, with more detail, more focus on the overtones. To give an impression of air in the music, like you get in a concert hall or church. As a beginner I had to experiment a lot, but people started to notice our sound.”

ECM’s first release was Free At Last, a trio album led by Mal Waldron, an American jazz pianist then living in Munich; recordings by Bley, Corea and Jarrett followed, establishing the label’s still well-deserved reputation for discovering and promoting the finest music for that instrument. Also conspicuous in the early years were pioneering Scandinavians such as Garbarek, guitarist Rypdal, percussionist Edward Vesala and bassist Arild Andersen, furnishing irrefutable proof that “jazz” needn’t be American to make waves. Eicher had long been wary of musical boundaries, having previously travelled and researched in Eastern Europe, Africa and China.

His open-minded attitude eventually gave rise to the New Series. “One moonless night I was driving from Stuttgart to Zurich, and listening to Radio Yerevan. They were playing some extremely beautiful music; I came off the autobahn to listen to it properly, but it took me almost a year to find out what it was. It was Arvo Pärt’s Tabula Rasa, recorded with Gidon Kremer in 1977. I then learned Arvo had emigrated to Vienna, so I met him and we later released the Tabula Rasa disc to launch the New Series.” The move kick-started a search for other contemporary composers to record: Kancheli, Kurtág, Silvestrov, Mansurian and others followed Pärt, as did recordings of renaissance, baroque and classical music by top-grade musicians like the Hilliard Ensemble, András Schiff, Kim Kashkashian and Thomas Zehetmair. The New Series steadily expanded to become a major part of ECM’s offering.

“I learned to listen to music differently by working on recordings with Arvo, György Kurtág or Valentin Silvestrov. The experience is parallel to working with jazz musicians, where you have to get to know both the musicians and the sound sculptures they can create together. It’s a very rewarding journey of exploration – a dialogue where you discover the music in the moment, and then you take it further, bestowing upon it form through ideas, juxtaposition and recording.” It’s unsurprising that many composers and musicians he’s worked with have paid tribute to Eicher’s own creativity; Pärt has lauded his “rich and sensitive complex of hearing, thinking, feeling, taste, and artistic skill: a whole philosophy.” Eicher explains: “Producing is also about being a patient, exact listener, a partner to musicians who are playing to only a few people at that time. Seeing how things develop – or not, sometimes – is very intimate; you’re the first listener, and give the first comments to the artist.” The airy clarity and contemplative mood of much ECM music is reflected in the packaging and cover art. Again, Eicher himself is at the helm. From the very start of ECM, he worked with two close friends, Barbara and Burkhart Wojirsch, designers and graphic artists; many of the early covers were influenced by their shared enthusiasm for artists like Twombly and Tàpies. Eicher continues: “At the beginning we never had photographs of musicians on the front cover – apart from one of Jarrett in profile. The music had to speak for itself, so the design would provide a kind of atmospheric complement to the music through counterpoint or even dissonance.”

Though an independent company, ECM has released around 1,500 albums over the past 45 years. Eicher remains committed to his original ideals; he’s still seeking out musicians and composers to record (the British-Bulgarian Dobrinka Tabakova and the Netherlands-based Australian Kate Moore are the latest discoveries in the latter field), and still enjoying his work. “Our bestsellers were always a surprise. They’ve allowed me to continue working on recordings I want to do. “I’ve turned down offers from major companies seeking to buy us up, because independence is very important to us at ECM. Money is important only in that it allows us to make recordings we feel need to be done for artistic reasons. All I want is to be in the centre, at the heart of music. Why would I give that up?” For further information on ECM’s latest artists and new releases, please visit www.ecmrecords.com. 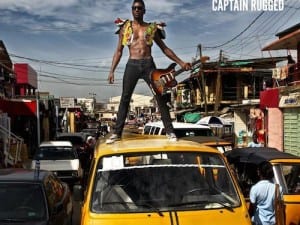 We rather like the genre name Jones has cooked up to define his music: blufunk. It combines punk, funk and Yoruba rhythms to form a reasonably enticing mix. 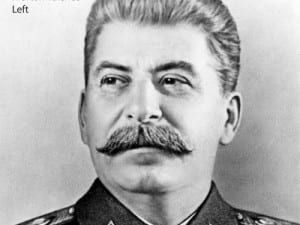 Soft riffs and pain you can sing along to is the order of the day, as Left ambles through 15 songs of gentle storytelling. 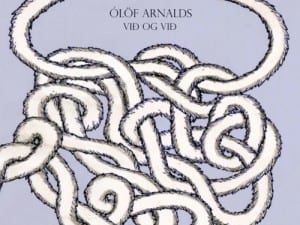 Although us English-speakers are not accustomed to listening to words we can’t understand, Arnalds transcends that barrier through captivating lullabies.