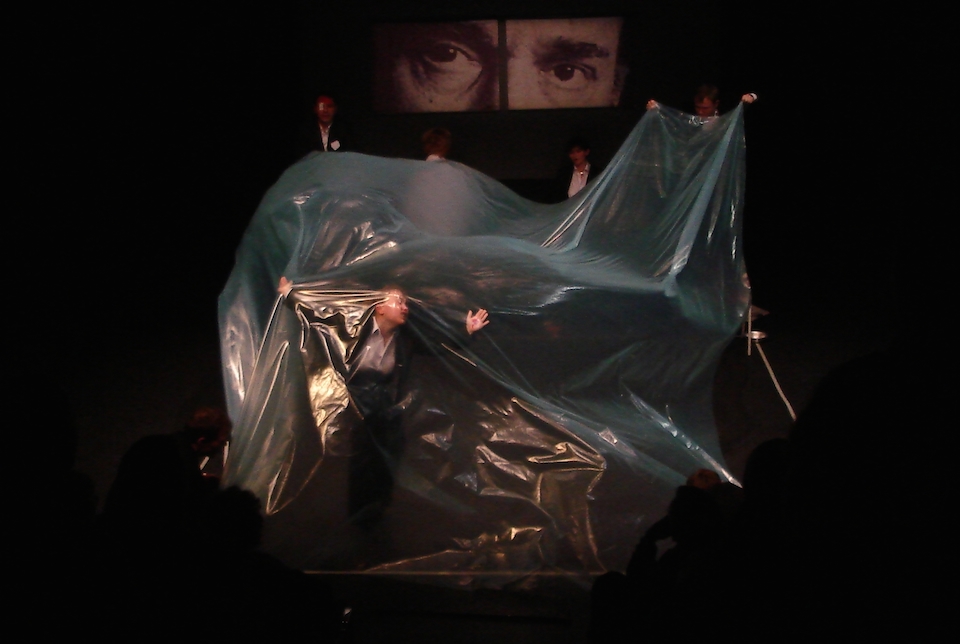 “We only have state controlled media; we saw the theater as a way to express what we think, because we do not need a TV station, or a radio station. We just need space for rehearsals, actors and text.”

When an actor takes the stage, regardless of nationality or gender, the adrenalin will always be pumping. Imagine if your latest performance could be your last? Imagine if this landed you in prison, or subjected you to violence and oppression from the state? This seems absurd, barbaric and unjust, but this is the reality for all involved with the Belarus Free Theatre.

Belarus declared independence from the Soviet Union in 1990 before its transformation to a dictatorial regime in 1994 following the election of President Alexander Lukashenko, under whom every aspect of the citizens’ lives are controlled. Political opponents have disappeared and the security forces are used to silence dissenting voices. Out of the crushing repressive regime the Belarus Free Theatre emerged in 2005 as a beacon of hope and expression for people who wish to challenge the totalitarianism of the regime. The Free Theatre was founded by Natalia Koliada, a journalist and dramatist and her husband Nikolai Khalezin, a playwright and journalist, along with director Vladimir Scherban.

The Free Theatre will only cease to exist when the political situation in Belarus is changed from dictatorship to democracy. Since its inception, the Free Theatre has attracted worldwide support from dramatist and former president of the Czech Republic, Vaclav Havel and playwrights Tom Stoppard and Harold Pinter. Pinter allows the Free Theatre to perform his work anywhere in the world without paying royalties.

In February 2008 the Free Theatre performed two of their productions, Being Harold Pinter and Generation Jeans at the Soho Theatre in London and the West Yorkshire Playhouse in Leeds. The performances replicated the subterfuge in which the Free Theatre has to operate in order to stage performances in Belarus where they are banned. In Belarus, the Free Theatre has several venues, including houses and apartments in secret locations in Minsk. Throughout the summertime the secret venues include forests to accommodate larger audiences. The prospective audience members are required to phone special phone numbers and are then kept on a waiting list and alerted shortly before a performance by email or text message in order to safeguard the actors and audiences alike from the threat of state interference. The performances in Leeds and London were no exception.

Being Harold Pinter is a collage of extracts of Pinter’s plays, including New World Order and Ashes to Ashes, interwoven with his Nobel Prize acceptance speech and letters from Belarusian political prisoners. Pinter’s words, under the direction of Vladimir Scherban, are transformed into acts of extreme physicality and brutality by the actors; they even risk suffocation at one point under a blue plastic sheet. Natalia explains how the idea came about, “When our patron, Tom Stoppard, visited Minsk we asked him what he thought we should produce, and he said Harold Pinter’s plays.” Violence is omnipresent in Being Harold Pinter and includes political and domestic violence and explores the subtext of Pinter’s plays of the abuse of power resonating with the current oppressive regime in Belarus.

Generation Jeans is a monologue performed by Nikolai Khalezin and focuses on symbols of freedom in Belarus with the accompaniment of pop music by a DJ. Nikolai asks the audience to join him in a chant of “I am free.” “It is about the transition from being part of the Soviet Union to present day Belarus. When Belarus was part of the Soviet Union it was prohibited to wear jeans or listen to rock music. You would be arrested by the KGB if you bought or sold jeans, or rock music.” The monologue continues describing his arrest and imprisonment at the hands of the Belarusian police in 1998 and shows how denim acts as a symbol of freedom under the dictatorship.

The Free Theatre utilises the arts as a form of political expression to undermine the Belarusian regime. Natalia explains, “We only have state controlled media; we saw the theatre as a way to express what we think, because we do not need a TV station, or a radio station. We just need space for rehearsals, actors and text.”

The Free Theatre’s first production was of Sarah Kane’s 4.48 Psychosis, a sharp departure from the productions put on by the Belarusian state, owned and controlled theatres that will not stage plays about, or critical of, the current situation in Belarus. “We discovered 21 taboo zones during our very first master class, ranging from suicide, sexual minorities, religion, World War Two, politics, enforced disappearances, and political prisoners. Just think of a topic and that will be a taboo zone in Belarus. We started to produce performances that would explore these taboo zones, like 4.48 Psychosis.”

The Free Theatre now has a repertoire, which consists of European, American and perhaps most importantly, Belarusian plays discussing the current situation. The Free Theatre has produced a triology: Zone of Silence. The three parts are called, Childhood Legends, Others and Numbers. “Numbers is about the role of numbers in Belarus. For example for the fourteen years Lukashenko has been in power there have been up to 20,000 political prisoners.” Natalia continues, “We want to educate and change people’s mentality in Belarus about the rest of the world and to change the rest of the world’s perception of Belarus. We want the Belarusian people to see plays from outside Belarus and for the rest of the world to see Belarusian plays and to understand the situation.” The risks to actors involved with the Free Theatre are ever-present with the prohibited status of the Free Theatre. In order to be able to perform with the Free Theatre, actors have to leave, or are expelled from their jobs in the state theatres and are only supported by their spouses.

The Free Theatre and all those involved with it come under intense scrutiny, harassment and even imprisonment by the authorities. In August 2007, the Free Theatre were about to perform Eleven Vests by Edward Bond at a house in a Minsk suburb when armed officers from the Omon unit entered the house and detained everybody present. “They even arrested young children — aged between five and eight. Each time we perform it is very complicated emotionally; we don’t know if we will get arrested, and so we all carry our passports with us. This means if we are arrested we will spend less time being detained as they can readily identify who we are. We never know what will happen.” The determination of the Free Theatre to subvert the status quo comes from an inherent desire for change in Belarus. “Aside from the political aspect, we do this because we want to create real theatre; a real piece of art. There are also musicians, artists, photographers and writers who are involved in a real movement to try to help inspire people to move forward and to try to change the situation. I hope that we will not need fourteen more years to change the situation, but of course this can be done only jointly, by the people of Belarus and through solidarity with the rest of the world.”

The Belarus Free Theatre is brimming with inspirational ideas and a boundless energy to persist in its fight to educate and help bring democracy to Belarus even when faced with constant state oppression. The Free Theatre are performing at the European Theatre Prize ceremony in April in Thessaloniki, Greece. “We are producing a new play called Discover Love about the love story of our friends, one of whom was kidnapped and killed in 1999. We are incorporating stories of disappearances from Kashmir, Burma and Latin America.” The Free Theatre gives a voice to the oppressed people of Belarus and even in the face of such great adversity, they are campaigning to be truly free. 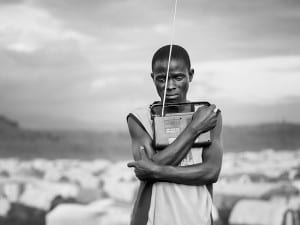