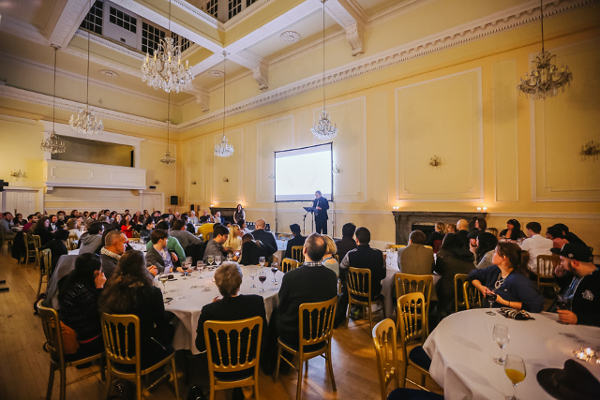 The last night of the BAFTA Qualifying Aesthetica Short Film Festival saw filmmakers and filmgoers alike gathered in the beautiful ballroom of the De Grey Rooms on Sunday evening to celebrate the past four days of international short film screenings and industry events. Originally an officer’s mess for the Yorkshire Hussars and a Grade II listed building, it was a fitting finale for a festival that continues to open the doors of York’s most iconic and beautiful buildings and invite visitors to explore the city’s hidden treasures whilst indulging in some of the world’s best short filmmaking.

It was a fantastic night and emotions ran high as the top films in each genre were recognised with an award. BAFTA-nominated director Michael Pearce took home the prize for Best Thriller with his sensational film, Keeping Up with the Joneses starring Maxine Peake (Silk, Shameless) and Adeel Akhtar (Four Lions, The Dictator) while Alan Holly won Best Animation for his beautiful hand-drawn film, Coda. Holly’s film was also awarded Festival Winner, chosen for its sophisticated composition combining fluid animation and an accomplished score to create a piece of work that touches upon the collective understanding of existence and is both hopeful and wistful. The characterful The Wolf, the Ship and the Little Green Bag by Kathryn MacCorgarry Gray stole the heart of the viewers to win the People’s Choice Award and York Youth Vote, a new initiative in collaboration with Film Hub North, went to Phil Drinkwater and Tim Woodall for their resonant and sympathetic How to Disappear Completely (Creative England).

Two new strands for this year’s festival – advertising and fashion – attracted a startling number of high quality entries and the competition was fierce with films by top brands such as Vivienne Westwood, Swarovski, Louis Vuitton, Trager Delaney, River Island and Topshop. Alex Turvey received the Best Fashion prize for his observations on the model collective Justanorm with designs by Joseph Turvey for River Island produced by White Lodge, while Ben Marshall took home the Best Advertising award for The Directors Project, an exploration of photography with Jigsaw. The winner of Best Experimental was Léthé, an invitation by director Harald Hutter to go astray and embark with a vagrant protagonist to forget one’s self.

Best Artists’ Film was awarded to Danilo Godoy for his compelling work Forgotten Memories from the End of the World that interrogates narrative structures and Robert Hackett won the Best Music Video for the song Night Mail by Public Service Broadcasting. With its stunning landscapes and wry charm, Herd in Iceland took the award for Best Documentary, while the elegant Eine Gute Geschichte (A Good Story) by Martin-Christopher Bode won Best Drama. The Best Comedy was awarded to Benjamin Bee for his dark look at the underworld of the publishing industry in Girl Power.

As a prominent international festival, ASFF is a great ambassador for film culture in the North of England and across the UK. The new Meet the Film Festivals event took place in the stunning surrounds of Middletons Hotel and brought together programmers from Raindance, Sheffield Doc/Fest, London Short Film Festival, Castellinaria, Short Shorts Film Festival & Asia and more leading to new collaborations and providing an opportunity for filmmakers to meet those behind some of the most acclaimed film festivals.

With special programmes from the Yorkshire Film Archive, Creative England iShorts, Japan, Lebanon and Iraq this year the festival brought together different cultures and experiences whilst promoting and celebrating the art of short filmmaking. The fourth edition of ASFF welcomed a fantastic number of visitors to the city including a diverse mix of industry professionals, young families, film fans, students, tourists and more, some travelling from as far afield as Brazil, USA, Australia and Japan.

For more information on ASFF and to read the interview with Festival Winner Alan Holly (C0da), visit www.asff.co.uk. 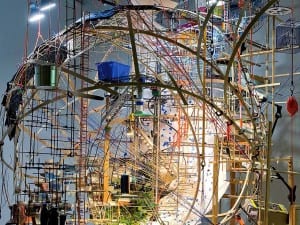 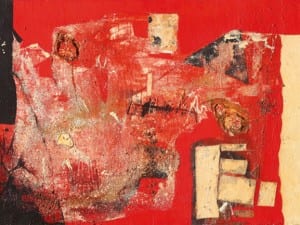