The Next Generation: Olga Kravets 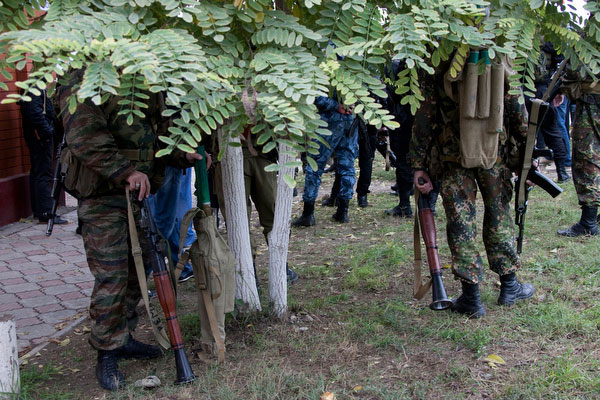 In the Special 60th Edition of Aesthetica we celebrate the emerging photographers that are shaping the future of the image-based practice in The Next Generation. We have partnered with the London College of Communication to survey some of photography’s rising stars and showcase their fresh ideas and new concepts. Russian born documentary photographer Olga Kravets began her career as as a journalist in 2002 and became a freelance photojournalist in 2007. Her striking images are often captured within conflict zones and she discusses the dangers of capturing these shots and the impact it has on her.

A: In Aesthetica Issue 60 your image of Russian soldiers appears in The Next Generation feature. Can you explain the story behind this photograph?
OK: The image was taken shortly after four suicide bombers detonated their explosives, killing three other people on October 19, 2010, next to the parliament building in Grozny, Chechnya. The soldiers stood guard for hours, but there was nobody to fight. Then, very quickly, cleaning ladies came and washed away the blood from the stairs of the building and Chechnya’s leader Ramzan Kadyrov proudly led the Russian Interior Minister, “who happened to be around”, in, to give a speech about the fight against terrorism.

A: The image was taken in an area of conflict, is this something you are interested in, in your practice?
OK: I wouldn’t say I am interested in conflict, I hate every notion of conflict, but unfortunately, as long as violence exists it needs to be reported. If it was up to me, I would like to see all unrest undone. My Chechnya image is an example of a forgotten story and I would say I specialise on the stories nobody wants to cover, that’s why normally you don’t find me in the press crowds.

A: This work is a documentary shot, do you work in any other type of photography?
OK: I am about to do my first ever commercial job later this year, but it will carry elements of documentary because I was selected for my pure attachment to one genre. But, I also want to do a big studio project about torture, to recreate something I was told about, but would never be able to photograph in real life – I still need funding for it.

A: Areas of conflict are obviously very dangerous places for photographers to work, does this concern you? What draws you to these places?
OK: What really concerns me is the lack of responsibility the media is willing to carry for their photographers and reporters in those places. When Syria was just starting, I was in the office of one of the big editors and I told him I would go if there is an assignment, which means travel and fixer expenses, insurance and flack jacket. He said I should call him if “I find myself” in Syria. That’s the issue – the reason there is such a massive mortality rate among young journalists is because they are encouraged to “find themselves” in war zones and just hope that somebody buys the pictures. The more people do it, the more normal it will become and more people will die on their first trips. For my first trip I was drawn by curiosity but once you meet a mother, whose son was taken from the house in the night by some masked men and will never come back, or see a man who survived torture collapse of a stroke, you can’t ignore the injustice in the world. It takes a great deal of self-control not to feel guilty, for instance, while enjoying my vacations.

A: What do you have planned for next?
OK: I am working on a full length documentary film, nothing to do with still photography this time. Working a lot with multimedia actually made me wanna try the real cinema and I’ve been lucky enough to have meet a great producer who believed in me – we are starting to film in September.

See Olga Kravets’ photography in The Next Generation in the Special 60th Edition of Aesthetica. Pick up a copy at www.aestheticamagazine.com

To find out more about Olga Kravets, visit www.olgakravets.com

Credits
All images courtesy of Olga Kravets
1. Russian soldiers with RPGs outside of the Parliament building in Grozny during a terrorist attack on it in October 2010.
2. The election banners of Vladimir Putin outside of the infamous Knankala military base, which is now the main facility for the Russian forces.
3. A cemetery in Tsotsan-Yurt, eastern Chechnya. The village was famous because of its strong resistance during the first Chechen war. 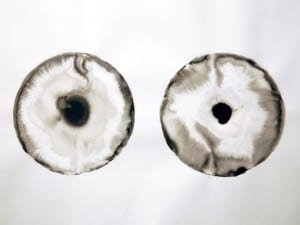 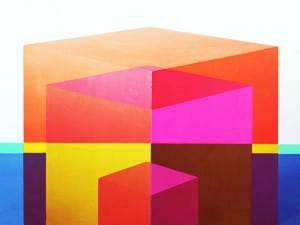 Neon colour and geometric shapes light up the work of photographer Jessica Eaton (b.1977) in her debut London exhibition, Ad Infinitum, on display at The Hospital Club Gallery in collaboration with Print Sales at The Photographers’ Gallery.