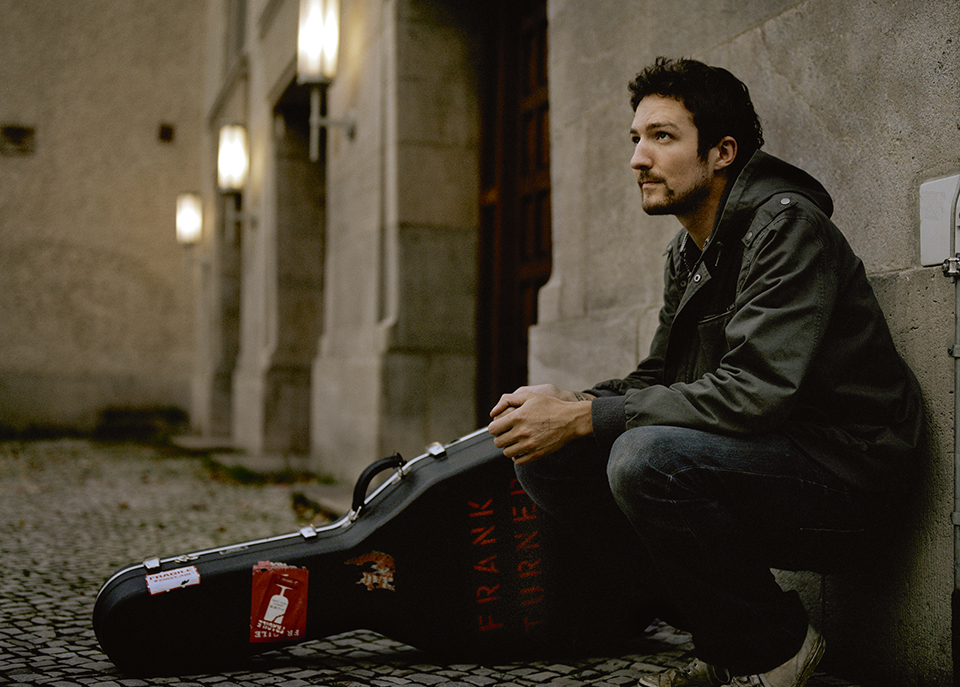 Want to represent your country in song? You’re on thin ice. We look at national identity in popular music.

If you’re an English musician, what’s the one thing you really, really don’t want to do? The one thing that could torpedo your career? Publicly insulting your label, appearing on Celebrity Big Brother, having sex with a television in your hotel room? Please. This is the music industry. That won’t even get you two column inches in Heat magazine.

No, the one thing you really don’t ever want to do is put St George’s Cross on your album cover. That would be bad. That could come back to bite you so hard that you’ll wish you’d emigrated after the riots in London last summer. The associations between the English flag and racist movements like the British National Party and the English Defence League have become so ingrained that if you use the flag as an image you risk being lumped in with them. It all seems crushingly unfair – especially if, like most musicians in the UK, being associated with such organisations would cause the hair on the back of your neck to stand up.

This is something Frank Turner has dealt with before. A few years ago, the singer-songwriter, a man who bleeds England, who loves its heritage, its history and its culture, wanted to put the flag on the cover of his new album. “There was a moment when I was thinking about how in the 1990s the Union Jack was reclaimed from far right groups by people like the Spice Girls or whoever, and made into an image not automatically associated with racism” he says, on the phone from Reno, Nevada, where he’s on tour.

“And I sat around thinking about this, thinking about whether to use it in my album artwork, and in the end I decided – and I’ll be honest about it – that it was a battle I wasn’t really bothered enough about to sit down and fight. If I put that on the front cover of my record, I’d be inundated with people suggesting that I had ties to the English Defence League or football hooligans. It’s not true, and I would have fought my corner, but I couldn’t be bothered to do it.”

He’s right – both about not being even remotely associated with nationalist movements, and about the quagmire he would have become stuck in had he used the flag. National identity in music is a hugely complex subject, and one which musicians tangle with at their peril. Where you come from doesn’t just shape the kind of music you make; it shapes how people perceive both it and you. Mishandle it, and all sorts of nastiness can come creeping out the woodwork.

Frustratingly for many musicians, it never used to be like this: back when Bruce Springsteen was doing his thing, Turner says, he could use the concrete and metal landscape of New Jersey to root his music, and people loved him for it. You could extend this to any point in music you like, from Grandmaster Flash and the Furious Five dropping The Message to Hendrix firing up The Star Spangled Banner on his axe.

So what changed? Well, this is what’s really strange about it: the nastiness is almost entirely a Western problem. It’s a situation brought about by the massive sameness of chart music and the colossal amounts of money thrown around by the big record labels and media companies. Simply put, when all music created for the charts sounds the same, when Jason Derulo and LMFAO and Adele and David Guetta are thrown into a room together, there’s no point in having national identity. When you’re making chart music designed to be heard by as many people as possible, it’s nothing but a restriction.

This is partly why it’s so hard to find artists who are willing to discuss their identity as Americans, or Brits, although there are a few exceptions like Billy Bragg and PJ Harvey, the latter particularly with reference to her highly acclaimed 2011 album being titled Let England Shake. But here’s the real irony: patriotic music can be fantastic.

Turner is a very obvious example: with his crystal-clear voice, slick lyrics and ability to craft listenable songs from complex historical topics, he’s a living, walking embodiment of solid English music. “I would call myself English rather than British” he explains. “My Scottish friends call themselves Scottish and my Welsh friends call themselves Welsh. I’m not a Scotsman or an Irishman. My own personal sense of national identity is centred on England.” And it’s an approach that, contrary to all opinion in the music industry, is paying major dividends. Says Frank: “There was a part of me that was nervous when I first started touring the United States a few years ago, about whether an Englishman singing songs about London or whatever was going to translate. But it played to my advantage – and people look on it with great interest. That’s how it should be – most English speaking cultures are dominated by American culture. I appreciate rock and roll and American TV shows and films. But, having experienced it, it’s not that surprising that Americans are OK with dealing with an Englishmen.”

Of course, step outside the circle of white, Western musicians, and national identity stops being a problem. It’s like someone has taken a marker pen, drawn a line on the floor and written: “No preconceptions past this point”. Here, national identity isn’t just usable: it’s accepted, welcomed, even championed.

Take someone like Blitz The Ambassador. The rapper (born Samuel Bazawule) is Ghanaian, but moved to the USA after university. From there, he has managed to blend an American identity as a high-octane MC with an African one as someone who draws heavily from Ghanaian music genres like highlife. Last year, he released the astounding album Native Sun, which was a master-class in how to use your heritage to make great music.

Blitz and Native Sun hold the key to another facet of the problem of national identity: it’s all about control. Western musicians have had it taken away from them by the music industry; musicians who operate outside it can come from wherever they want to, both musically and geographically. It’s a rare thing for independent African, Asian and South American musicians to enter mainstream markets, which results in a certain position within the music industry. When those musicians get a handle on this position, and when they master the preconceptions and use them to their advantage in their music, some incredibly successful songs can come bouncing out.

“I have an international identity” says Blitz. “National to me is a geographic location. I can’t subscribe to it. I do recognise the fact that I was born in Ghana and, of course, a lot of my personality and my overall experiences are shaped from when I was growing up there, but my experiences outside have been just as important. I wouldn’t say that I don’t embrace that – I embrace it all, and that was what tipped the scale for me going into Native Sun. I’m trying to make a record here, but how much of this do I show? I’m all these things at the end of the day … We have a sense of global citizenship and we have owned that.”

Blitz is the sharp end of the wedge in this case. Musicians – and Turner is among them, as are acts like Tumi and the Volume, K’Naan and PJ Harvey – are coming round to the idea that they don’t have to hide or take on the problems of where they’re from. Blitz argues that instead of serving an already established audience, he has created his own, and by using the twin strands of his national identities, he has grabbed an entirely new set of listeners: “I’m very proud to be Ghanain. It seeps through my pores. I love it. If you know my music, then you know it. But I don’t think I have to be [anything else] – I’m Ghanain, but I don’t have to be on a special stage for world artists. We’re beginning to break that paradigm of ‘he raps in another language, so he can’t be playing [music festival] Bonaroo.’ It’s impossible. But music is music, and as long as the rhythm is there and it’s great music, I think it all has to be able to compete.”

“I don’t think that Americans, Brits or anybody else have to categorise their music as American or British, because it’s the most consumed music. Almost from a superiority aspect, they don’t have to call their music anything, but [I do]. But my hope is that in time, all music just gets to be music.”

For more on Frank Turner visit www.frank-turner.com and for further information on Blitz The Ambassador check out www.blitz.mvmt.com. 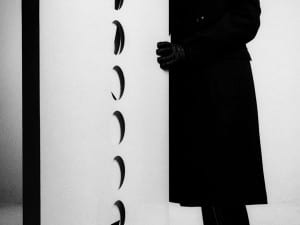 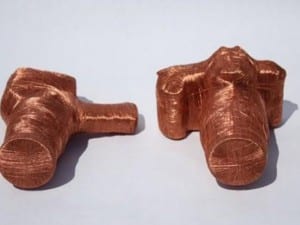 Alice Anderson returns to Riflemaker after two years for a special Frieze show: From Dance to Sculpture, a geometric room installation that will transform the entire space into a labyrinth of metal rods. 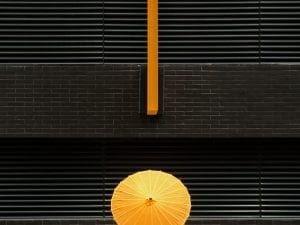