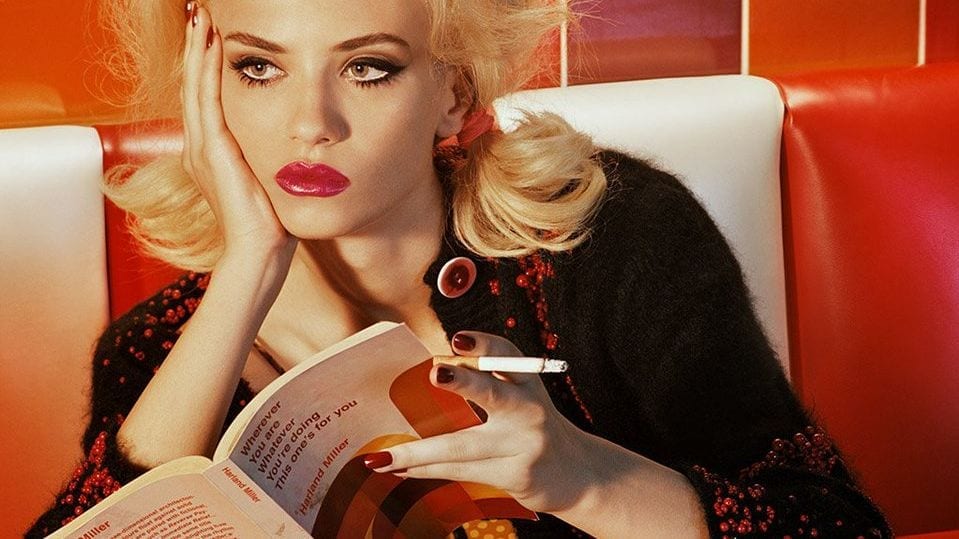 “These are women who hold all the cards.” Miles Aldridge’s (b. 1964) highly stylised compositions engage with notions of domesticity, creating meticulous photographs which place archetypal female characters in the spotlight. An interest in narrative defines his practice; the artist takes inspiration from historical figures, popular culture and literature, collaborating with other creatives to build cinematic stories that engage with image-making from all angles.

A new exhibition at Reflex Amsterdam brings together a selection of recent pieces, offering viewers the opportunity to engage with Aldridge’s unique visual language. Redefining notions of authenticity, the collection comprises work influenced by an array of past practitioners. For example, a new series inspired by Northern Renaissance artist Lucas Cranach (b. 1472) places models in the role of the legendary Roman heroines, whilst a body of work featuring Game of Thrones star Maisie Williams references Albrecht Dürer (b. 1471) and Hans Holbein (b. 1497). Still Life #1 departs from portraiture, paying homage to the memento mori tradition whilst looking forward to the expressionism of Otto Dix (b. 1891) and palette of Andy Warhol (b. 1928).

A collaboration with iconic duo Gilbert & George (b. 1943, b. 1942) is Aldridge’s first foray into the photogravure process. Featuring the two artists in and around their home in East London, the collection is “a conscious departure back to analogue”, engaging with pre-digital forms of image-making whilst possessing a contemporary finish. Uncanny responses to Maurizio Cattelan’s (b. 1960) Paris retrospective are also on display. The striking compositions, captured at night, present nude models engaging with the hyper realistic installations.

Other partnerships include a project with Harland Miller (b. 1964), who is known for an engagement with text and images. The series, an example of which is featured above, transforms the practitioner’s celebrated Penguin Classics paintings into glossy visuals. Exemplifying an interest in mainstream culture, the high production screen-prints present women reading the publications in extremely curated colourful spaces. As Aldridge notes: “I wanted these to have an association with cheaply manufactured imagery – pin-ups, Sunday supplements. I remember these in my parents’ house. The printing was coarse and the colours amped up.”

Credits:
1. Miles Aldridge, Wherever You Are Whatever You’re Doing This One’s For You (after Miller). 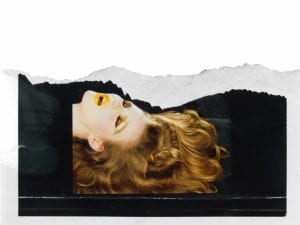