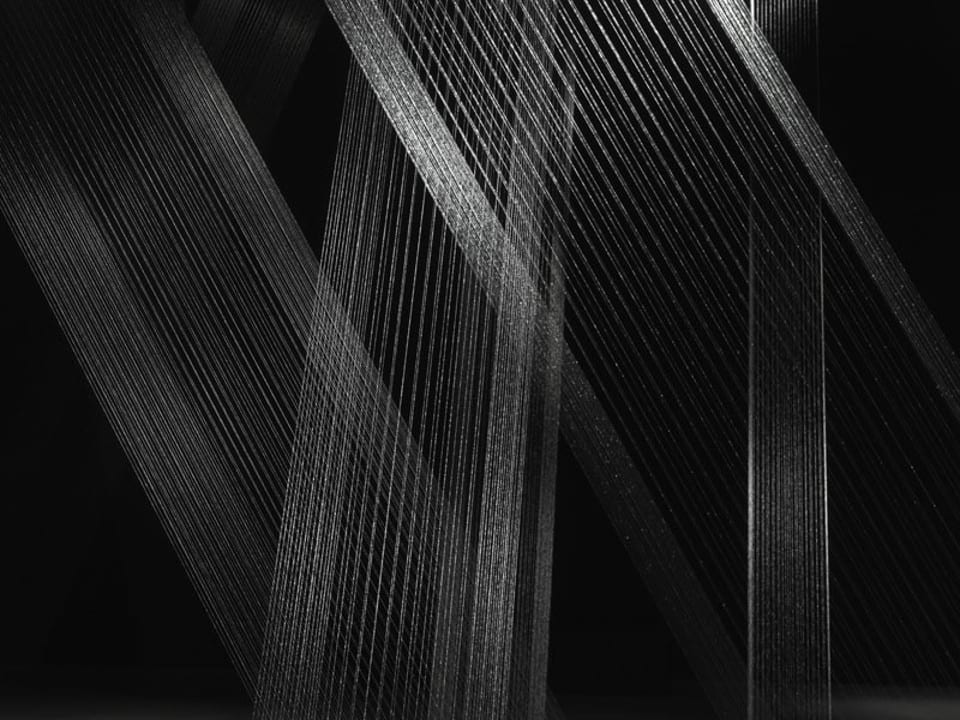 Known for her unique approach to abstraction, the celebrated Brazilian artist Lygia Pape is a pioneering figure in the Neo-Concrete movement. This autumn, Hauser & Wirth highlights the practitioner’s early Desenhos, Tecelares and later, iconic Ttéia installations in a new exhibition that also marks the gallery’s first presentation of the artist since beginning work with Projeto Lygia Pape earlier this year.

Inspired by the formal geometric abstraction of Concrete art, which emerged in Brazil in the early 1950s, Pape started out by making geometric constructions. Her later works moved beyond the constraints of this prescriptive art form and into a new realm of creativity poised between art and the everyday. An influential and founding member of the Neo-Concrete movement, Pape sought to inject new expressive formulae into abstract art.

Featured work in the show spans across 30 years; each piece tracing the artist’s stylistic transition from geometric shapes into three-dimensional objects intended to appeal to the senses. Commencing with the Desenhos, a body of work that boasts geometric black shapes reminiscent of musical staves, the presentation guides us through her career into her early experimentations with printmaking in Tecelares (created between 1955 – 1959), and onto Pape’s Ttéias from the late 1970s – which are now considered amongst her most celebrated works, and seen as most emblematic of her wider artistic practice. Ttéias are constructed by the installation of silver or gold threads in a space, either from the floor to the ceiling or across the corner of a room. 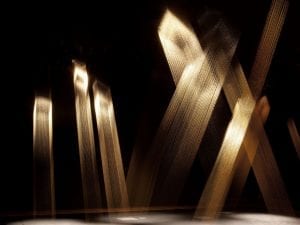 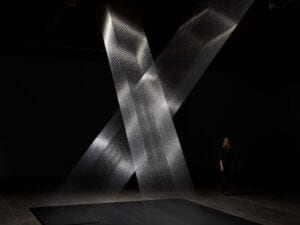 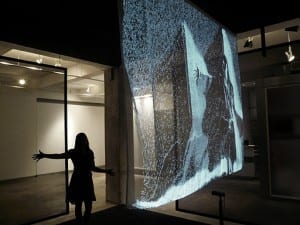 It is by the ghostly light of Daniel Rozin’s Snow Mirror that visitors enters Dark Matters at the Whitworth Gallery in Manchester. This haunting new exhibition is an amalgamation of a variety of media.