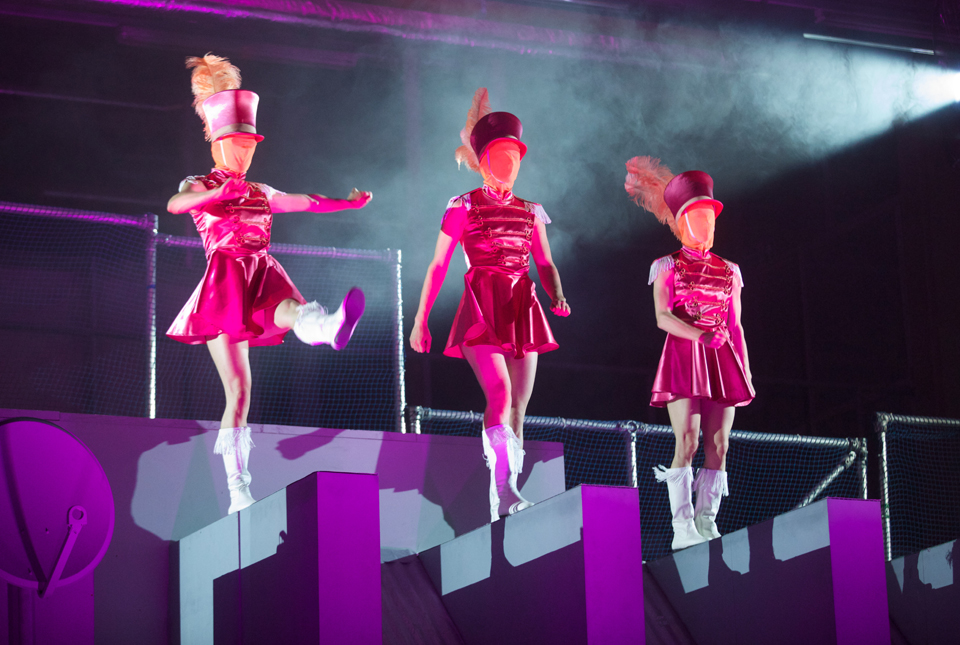 Requardt & Rosenberg’s new production The Roof places audiences in a unique rooftop setting on the Southbank, London, within the suspended reality of a brutal and unforgiving game.

It is unavoidable that places and buildings are coloured by their history. This is especially true in Britain, where blue plaques on walls mark the passage of noteworthy figures through the vicinity. Often this is a positive thing: upon watching a Shakespeare play at The Globe, the audience is aware that significance of the past imbues the present with a greater meaning. It would be impossible to stage a play at this unique theatre without an awareness of its history. That’s not to say a new play by, say, an Australian playwright couldn’t be staged there, simply that the audience’s appreciation of it would definitely be affected in some way by the nature of their surroundings.

This explains a growing interest in new spaces in the British theatre scene. In 2013 the National Theatre constructed The Shed; created by architects Haworth Tompkins, it has acted as a temporary venue while the Cottesloe Theatre was being renovated. Their ambition was to alter perceptions of both the building, the National Theatre, and the organisation. Their success in doing so is evidenced by the popularity of the intimate performance area: the theatre has just had its planning permission extended until 2017. There are benefits from creating work in a space where history has made its mark, but many artists are demonstrating a desire to work in new, untested arenas.

Over the course of the last few years theatre companies and organisations have been expanding to create pop-up venues, cinemas under motorways, travelling theatres and theatres built out of hay bales. These new, custom-made environments offer potential and possibility, a blank page. It’s something that Frauke Requardt and David Rosenberg are interested in: the two have worked independently on site-specific projects and have joined forces to create outdoor productions. This June they present a new work, The Roof, within a unique, new venue outside the National on London’s Southbank. Rosenberg believes that the space is always integral to the nuances of any performance, suggesting that “rather than building art centres as preconceived spaces, if you consider building especially for a particular piece of art or show, it is possible to create something that matches the assembled nature of live performance much more closely.” In the same fashion as previous works, Motorshow (2012) and Electric Hotel (2010), The Roof engages with its location in new and exciting ways.

There is freedom in building made from scratch: not only can you design the area exactly as you want but you can also disassociate it from expectation. For Requardt & Rosenberg, the priority was creating something that allowed the audience the opportunity to have a certain experience. Designed by Jon Bausor, set designer of the 2012 Summer Paralympics opening ceremony, the venue requires audiences to stand while the performers race around them in a 360-degree show under the night sky and alongside the River Thames.

There is a lot of movement and dance in The Roof and for the company to stage this outside of an auditorium meant opening this type of performance up to people who might not consider entering an opera house or dance space, for whatever reason: “Frauke and I are interested in creating the kind of events that have an appeal beyond dance. I don’t think we are unique in that desire but the way we are able to achieve it is by taking work to places which do not have such a strong association with a particular art form.”

Another element of the space created for The Roof is that it is outdoors and although the venue may be transitory, of course the location is not. For Rosenberg: “The incredibly exciting thing about outdoor performance is that you situate your production within an environment that remains.” It means that when the show goes on tour the audience will get something different in every place, a phenomenon he has experienced with previous touring performances: “We found that the show itself becomes very specific to where you perform because of the backdrop that you have: it adds other layers. I also enjoy the public nature of it, the fact that a lot of people pass by this thing and it gives a further curiosity to their life.” The Shed is now almost iconic: a huge red box that adds to the general makeshift creativity of the area.

National Theatre Wales has also been creating outdoor performances for a while now, with works reaching across Wales and into the lives and homes of residents. One such production was De Gabay (The Poem) in March 2013, which explored Cardiff’s Somali population through site-specific performances and parades from the Bay into the centre of the capital. Pilot Theatre also staged a city-wide performance across York in 2013: the large-scale Blood + Chocolate drew from the city’s chocolate-making heritage, utilising landmark buildings to explore the lives of the residents during wartime. Audience members engaged with these stories through immersion in the area and the environments in which these histories have happened.

The Roof is entirely outdoors and the audience stands throughout, rain or shine. The performers are free-running and use a lot of movement so naturally the weather is a challenge for them, but Rosenberg insists it is worth it: “The conditions can be quite rough. There are so many things you can’t control, but then there may be some beautiful moments when the moon rises throughout your show, or a load of seagulls fly by, for instance.”

One of the main challenges is ensuring the intimacy of a production when competing against the weather and the environment. The solution that Requardt & Rosenberg have used in their productions has been binaural sound technology. Or put more simply, headphones. It’s what Pilot Theatre used for Blood + Chocolate as well, and a number of other theatre companies work with the technique. For Rosenberg the interest stemmed from his father, who experimented with binaural sound in the 1970s. He used it for the first time in Contains Violence, which premiered at The Lyric Hammersmith in 2008 to “try and find ways to bring the audience closer to the work, to bring them inside it”, and he hasn’t looked back. Audiences for The Roof will listen to music and sound created by Dave Price and broadcast via headphones.

The use of headphones simultaneously isolates and connects the audience. There’s undoubtedly an intimacy if you share headphones with somebody; it can bring about a closeness. This highlights the changing nature of the spectator in our society. Today much entertainment is experienced separately but mutually. Two people may watch the same film or read the same book: the act of reading or watching is done alone but you are together. This means that you are likely to analyse and discuss your experiences afterwards rather than reacting together and feeding off one another’s reactions. It is arguably less social but perhaps more personal.

Rosenberg says: “Increasingly more people’s experience of their lives is mediated by headphones. When you walk around in the city they are all occupying their own sound world.” In terms of understanding a particular character, Rosenberg believes this engenders greater empathy: “The audience, through the sound, inhabits a character and they hear everything from the perspective of that character.”

Freeing up the notion of “venue” has allowed Requardt & Rosenberg, among others, to explore imaginative solutions to staging difficulties and to offer a connection between the performance and the wider community and location, while relieving them of an obligation to the expectations of any particular building. As the summer approaches, it’s an exciting time to enjoy outdoor theatre and The Roof seems like the perfect place to start. 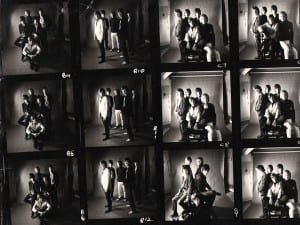 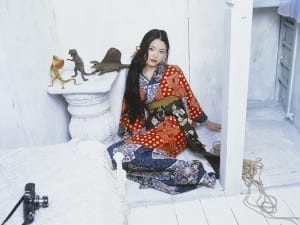 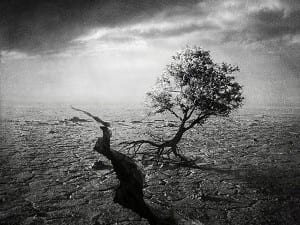 New Wave Photography returns to The Crypt Gallery. Organised by United Creativity, the event recognises the evolving talent of new artists from the CEE region. From 19 – 27 April.