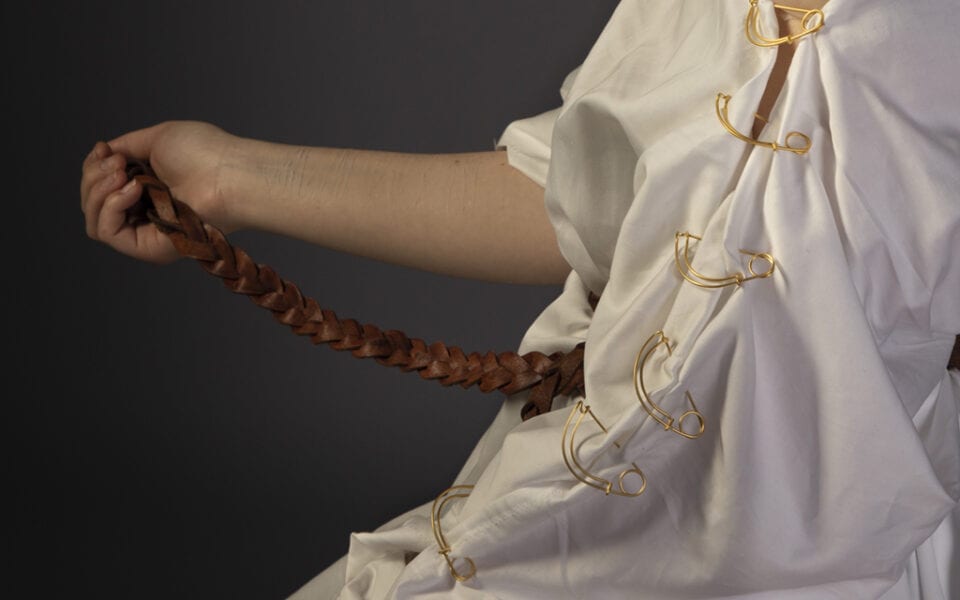 Laura Jane Sessions’ portfolio is built around archetypal representations of women, using prosthetics and sculpture to see how these depictions feed into today’s culture of violence and assault. Sessions is interested, particularly, in the figure of Medusa, and her origin story, before becoming a widely accepted villain. She notes: “In Ovid’s telling of Medusa, a priestess is raped by Poseidon in Athena’s temple. Rather than challenge Poseidon (a powerful male rival), Athena blames Medusa and curses her with a head of snakes. In my representation, parallels are drawn with contemporary rape victims, who continue to be blamed for the sexual violence perpetrated on them. Medusa wears plain priestess robes with snakes close in colour to her hair. She has subtle scars from the assault and evidence of self-harming to her right arm. Her back story is just as relevant today as it was in the times of classical antiquity.” 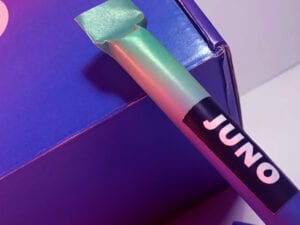 Rhiannon Campbell’s thorough and focused research underpins her empowering work. She is passionate about human rights and equality. 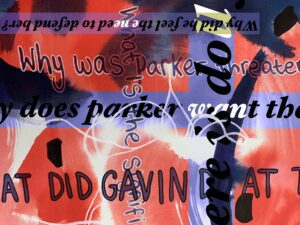 Abigail Hawkes’ final project produces a form of advertising for a young adult crime fiction novel, This Lie Will Kill You (Chelsea Pritcher, 2018). 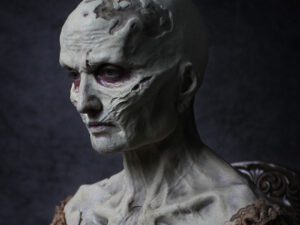 Melanie Ayres’ prosthetics achieve suspension of disbelief, which is needed for the characters to feel realistic and effectively capture imaginations.