Launch Pad: It Was a Dark and Stormy Night at Castlefield Gallery, Manchester 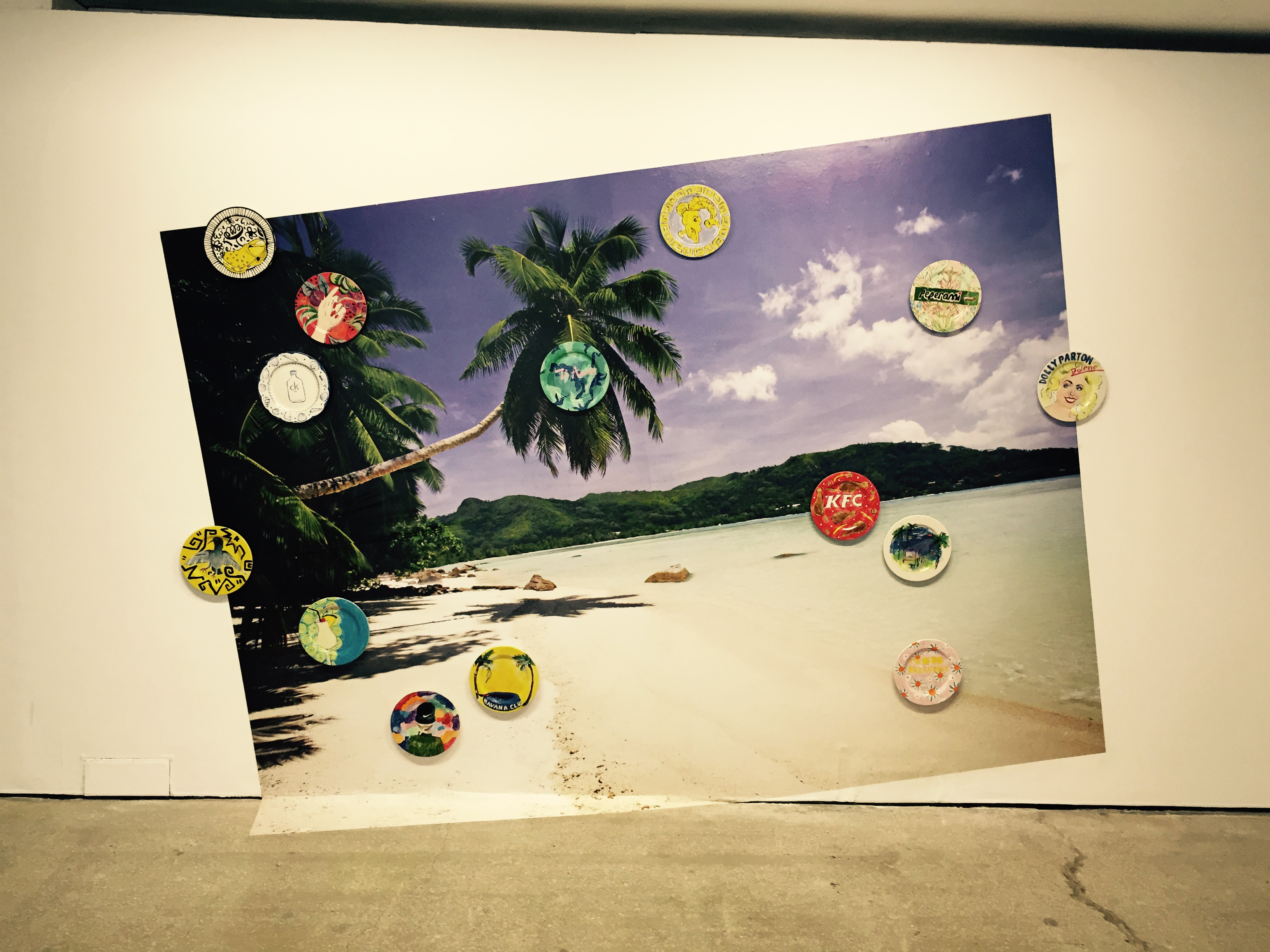 Manchester’s Castlefield Gallery showcased Launch Pad: It Was a Dark and Stormy Night, a group project initiated by six artists based around the UK, France and the Netherlands. The title is taken from the often-parodied opening line of Edward Bulwer-Lytton’s 1830 novel Paul Clifford. The introductory sentence has since been used to prompt creativity in schools in a free associational game where children take turns in adding the next line of the story until they have created their own narrative.

Lindsey Mendick, an artist based in Sheffield, proposed to five other artists that they produce their own story, which would then become the basis of the Castlefield Gallery’s latest instalment of its Launch Pad series – a programme that provides artists, writers and independent curators with the opportunity to use the gallery as a test pad for their work. Suzanne Posthumus, who lives and works in London and the Netherlands, said: “We recognised we were quite similar as artists and discussed doing a project together. Normally, it’s best to look for differences as you do not want each other’s work to be too similar. This idea acted like a ‘shared departure’ for us.”

Although Bulwer-Lytton’s famous phrase has become associated with melodramatic fiction, the six artists’ story is elusive, rambling and dreamlike as its first-person narrator ruminates about an incident involving himself, crocs, a pot of KFC Chicken Gravy and Iraq. The story is read aloud by Mendick and the mysterious ‘Snake Man’ in an audio recording played in the Gallery, which unites its eclectic displays into one harmonious presentation. Jemma Egan, who is based in London, is responsible for one of the highlights, a looped video called Soft Hand (2015). This footage of a large, synthetic hand reaching toward the viewer was made using a model hand used in nail salons. It was inspired by a line in the story which said: “You muster a pleasant goodbye and reach out a red manicured hand that I take too quickly.” In Egan’s words, “I kept thinking back to this hand, and I wanted it to be hovering between real and fake.”

As well as narrating the story, Mendick is responsible for Our Earthly Paradise (2015), a tropical photo mural with kitschy ceramic plates attached. The images on the plates include commercial icons Dolly Parton, the KFC logo and a packet of Peperami, which seems to add a satirical undertone to the work’s title. Mendick elaborated on this: “If that’s what someone can get from it, that’s great. But I really like logos, aesthetically, and I want people to think about the past and nostalgia. When I think about Peperami, I think about my childhood. There are inherent traces in my work, but for me they are not always an intentional choice. In the same way someone gravitates towards their favourite colours, I explore the things I am attracted to.”

An incident involving a pair of croc shoes is the inspiration for Grame Durant’s Consequence of Love (2015), in which the Newcastle artist has a set of fake skeleton legs placed inside a pair of Vans shoes, while a reference to a flag bearing the phrase ‘Ti Amo’ is depicted in Josh Whitaker’s handmade ceremonial flagpole. Hazy, psychedelic digital prints by Florent Dubois, from Toulouse,  were also on display. 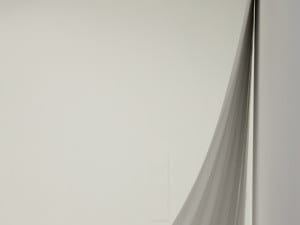 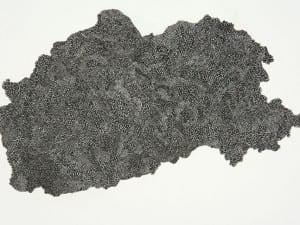 Review of Inside Out, Castlefield Gallery, Manchester

Castlefield Gallery is showcasing Inside Out, a look at Outsider Artists and their followers. The term ‘outsider art’ was originally used to describe works created outside mainstream artistic boundaries. 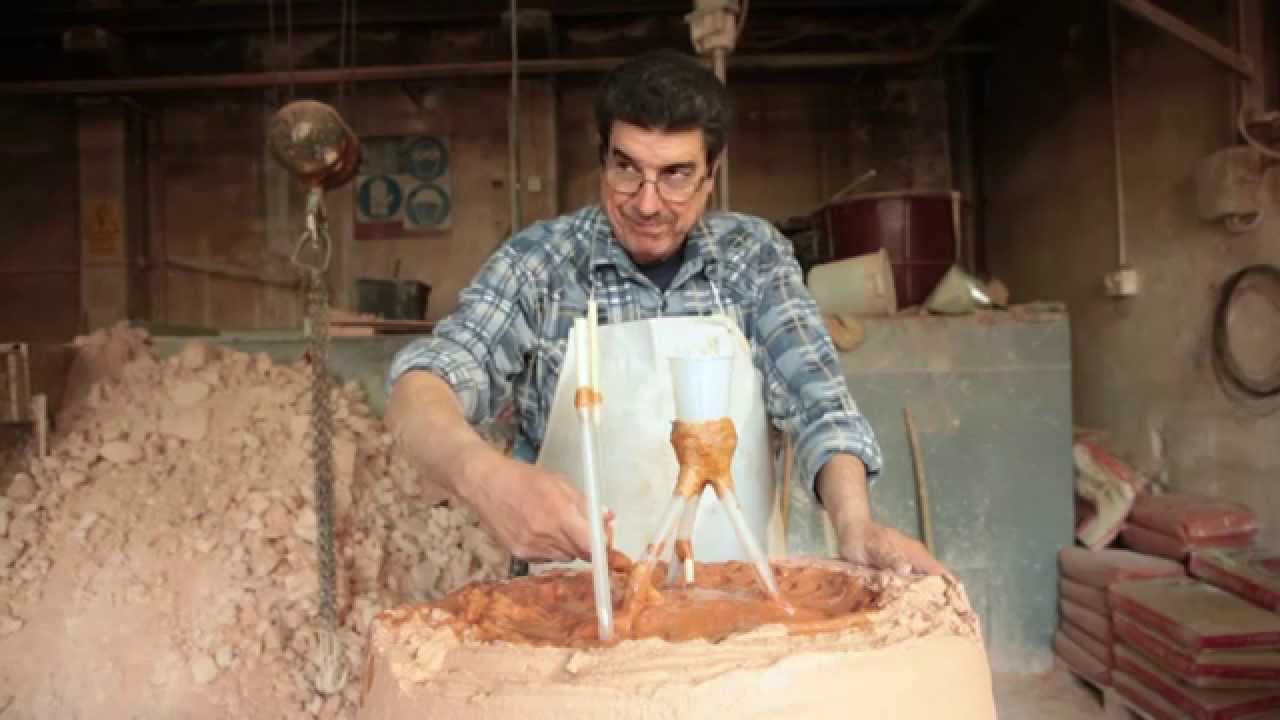