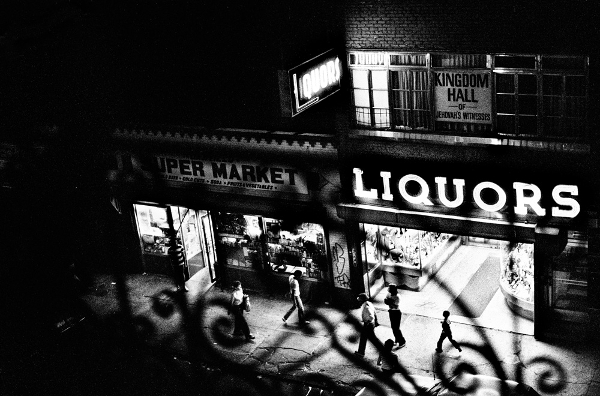 Ken Schles, born in Brooklyn in 1960, has been making photographic books for over a quarter of a century. Now, his portrayal of his own home shows in 40 black and white photographs a gritty and penetrating view of 1980s New York’s Lower East Side.

Schles moved into an apartment on Avenue B in the East Village in 1983; here his windows were boarded up as his landlord said that junkies could steal the gates with a crowbar. This worked to Schles’ advantage as he set up a darkroom. In his block life was tumultuous – downstairs, a woman with three kids was a heroin addict and dealers used her apartment as a shooting gallery; the city shut down the building’s boiler as it was spewing carbon monoxide – with scenes like this playing out daily, Schles found gripping subject matter in and around the neighbourhood. The resulting works provide a provocative narrative of lost youth and a private view of an irretrievable downtown New York as Schles experienced it.

Characteristic of Schles’ two series is Drowned in Sorrow, 1984, which depicts a shabbily glamorous woman in a short dress, torn stockings and heels, lying across a couch while talking on a corded telephone. The headline of the local newspaper, the Village Voice, on her wooden floor reads “Drowned in Sorrow.” Also archetypal is Limelight,1983, a lonely image in which Schles captures a woman in white sitting on a ledge, vacant and alone with a drink in her hand, while three club-goers in the foreground chat jovially. In Burning Building with Moonrise, 1984, neighbours stand and watch as a tenement goes up in flames with the full moon rising above the urban landscape. 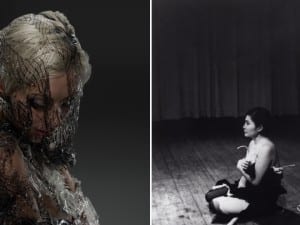 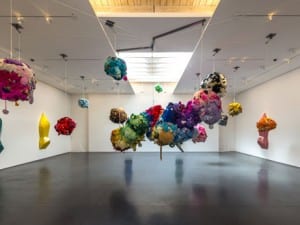 Mike Kelley made a name for himself as an artist of international influence. The exhibition at MoMA is the largest of the artist’s work to-date and the first comprehensive survey since 1993.