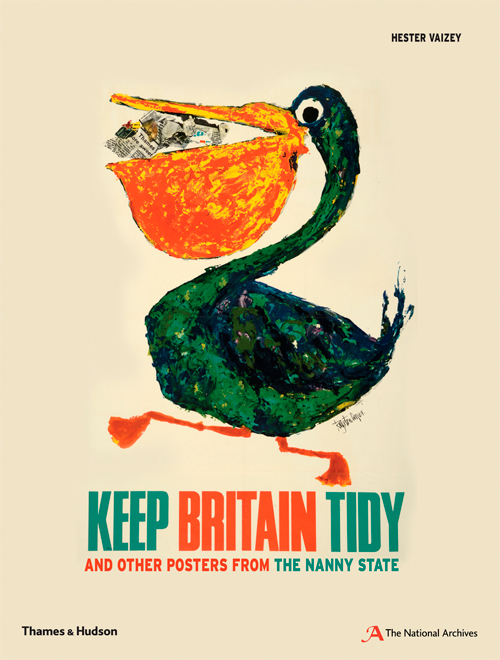 Hester Vaizey has produced a compelling volume of post-war posters from the National Archive and together they paint an interesting portrait of the changing concerns of British government from 1945 to 1975. After World War II the government continued to utilise this form of propaganda to guide public behaviour.

Designed to alleviate pressure on areas of the growing welfare state, the posters were created with distinct motives in mind. Information and rules on dental care, nutrition, and road safety were all intended to improve the general health of the public, and posters promoting certain jobs and ways of saving and spending aimed to regenerate the British economy.

It’s a fascinating insight into attitudes of the time and the collective and social goals deemed necessary to contribute to modern Britain. The successes of individual posters vary: some had limited impact but the campaign about diptheria reduced deaths from the disease from 3,286 in 1940 to just six in 1957. It includes poster designs by artists such as Royston Cooper.