Katie Paterson: The Poetry of Scale

Glasgow-born visual artist Katie Paterson has created over 20 major projects which carve a new poetic language based upon distance, scale, geology and technology. Locus+ and Kerber Verlag have published the first monograph dedicated to her work, with critical texts from Nicolas Bourriaud, Lisa Le Feuvre, Mary Jane Jacob and Lars Bang Larsen, amongst illustrations of her oeuvre thus far. We catch up with the artist to discuss the concept of critical interpretation, chronological order and dialogues between her artworks.

A: How do you think that this monograph encapsulates the context of your work thus far, i.e. within the shifting landscape of geology and digitisation?
KP: I tried to approach the monograph in the same way as I do with my artworks in space: creating an experience, a journey, a transportation of some kind. It’s been a process of both practically bringing together information, images, sources, from everything I’ve ever worked on – quite an intense process – and thinking on a more meta scale of how all of this information and these ideas come together in the experience of the book, and how this in turn reflects the experiences of the works themselves. This lead to the concept of a “time telescope”, where each work flows through time: a journey in the space of the book in earthly and cosmic time and space. You could say that the book’s structure mimics strata in the landscape, as it delves further and further back in time, layer by layer.

My work contrasts between the very ancient – billion year old fossils, extremely distant darkness, the antique moon and so on – with modern technology such as radios and record players, mobile phones and digital pianos, Apps, advanced telescopes looking back through the universe, and radio messages decoded via the moon. The book embraces the digital too, in terms of the experience of navigating a web, less of a progression page by page in a traditional chronology, but a veering around and about, through stretches of time, in order of magnitude.

A: Could you describe how the layout of this text works in terms of chronological order and duration?
KP: Rather than order the works chronologically in terms of the years they were created, I decided to work with the time element inherent in each artwork. So page-by-page the reader journeys through time. I extracted a numerical figure from each artwork, which describes its time element, in seconds, minutes, hours, years, light years. The book begins with a fraction of a second, which describes the time it took for the lightning to hit the lamps in Streetlight Storm; and progresses through to infinity, which refers to the limitless darkness in the universe I collect for History of Darkness. The last work in the book is a black page from this series. 100 years for Future Library, 12 hours for the space-scented candles, 1 year for Second Moon, 1 minute for the darkness projection on TV, and so on. Page-by-page the book moves through time like a time-telescope, moving further and further away into the distance. The cover displays this ordering of time.

A: How do you think dialogues have been drawn up between your works by presenting them together with new perspectives and critical texts? Have you found new thematic connections between them that you had not previously seen?
KP: It’s the first time I’ve confronted all my artwork in its entirety. I really enjoyed being inside this micro-universe of ideas, connecting the constellated dots. Making the book amplified the “voice” of the artworks and their system as a web of ideas. I found that the ecology within this web became more palpable, the interconnection of every work and their relationship to one another. The time telescope was the most natural way for me to approach this, as every work is seeped in some element of time, human, geologic or cosmic. So the artworks skip from lightning storms to maps of invisible phenomena, stellar deaths, hidden darkness, future forests, extinct bones, lost meteorites, Jupiter scented candles. They bounce off each other, and create their own path through time and space.

At the same time as making the book I was working on a show of all my work to date, in Centre PasquArt in Biel, Switzerland. A tie between my works is the human being, and how we relate and interconnect with the wider planet and cosmos, collapsing time and distance, the near and the far, here and the future. Considering our place on earth amidst the flow of time and the movement of the earth, the growth of the forests. Many of my artworks refer to cosmic phenomena, and of course I’ve always been aware of that, but I’ve never really understood that they mimic a cosmic system themselves, or a biology.

Second moons rotate around blue-moon globes which can then be heard as music that has been bounced through space. Ancient fossils and nano-grains of sand talk to one another. Fallen meteorites and clocks ticking on Saturn communicate. I can imagine the works having their own conversations, though perhaps in a language humans can’t understand. This can be seen both in the exhibition and book, which are journeys.

A: Do you think that some of these texts have enlightened you about your own work and brought a sense of collaboration in their ideas and engagement with your career?
KP: I’m overjoyed with the essays by Nicolas Bourriaud, Mary Jane Jacob, Lisa Le Feuvre and Lars Bang Larsen. They are revelatory, and expansive, and enormously inspiring for me. When deep in the process of having and making ideas, I can only go so far in my mind: like the limits of the observable universe, I can only observe so far with my mind’s limited telescope. It needs the expansive approach of others to see that bit further. Each author has a really distinctive approach and tone and together it’s symphonic.

I spent several incredibly special days with Mary Jane in Berlin. I emerged in a kind of dreamy haze of ideas. I can get very locked in production, but also my works aren’t always easy to discuss, to find the words for. I’m lucky that with all authors, they could, and the process of working with them catalysed new ways of thinking for me.

Discovering the sense of inter-connectivity between works has definitely been enlightening too. My tendency over the years has been to approach each work singly. I work on several projects in tandem, but they don’t tend to overlap. Nine years have passed and where works felt to be slowly peculating away now all of a sudden have become a “body” of work. The term “body” is apt, as it really is like a biology; an organism where cells and systems flow, co-join and evolve.

A: How do you think that title will help audiences to understand the processes of your work and its impact on the landscape as it is now?
KP: The book doesn’t actually have a title, though the front page is pressed with the listed “time-telescope.” So every work inside is visible on the cover, a bit like a contents page but more mysterious. It later it becomes more descriptive and each work’s time value is explained.

A: Do you think that the publication aptly represents the marriage between poetry and research-based processes? How do you think it has perhaps brought a third dimension to the works?
KP: I worked really closely with the co-publishers and producers Locus+ throughout the book making process. Having this closeness with those who are really in tune with my work and who also granted me the distance needed, was key to getting this book right, and to bringing forth this other dimension. There were many directions we could take – the research approach, the scientific approach. Ultimately I wanted the book to be a kind of essence, as stripped back as it could be. It’s a delicate balance with my artworks, which always need some kind of explanation or they are lost to themselves, but too much detail can be diluting. Locus+ really supported and allowed a clarity of vision throughout this process.

Working with the designers Fraser Muggeridge studio was also key to balancing the visual impact with quite sparse and often near-invisible artworks. They designed a special font for the book, plus the full stops are shaped like scaled miniature planets. I’ve had a relationship with the designers for years, they understand the styles I’m drawn to but can’t quite easily explain. Kerber Verlag also had a great attention to detail throughout the process, and as an absolute perfectionist, this couldn’t have been better.

Another key element was the writing of the Ideas. This three line text form appears throughout the monograph, describing the works that exist, that are yet to exist, or that may only ever exist through the mind. I have a lot of ideas. The form of the three lined haiku-like text is something I’ve been working on for a several years now. It’s how every work begins, as a few words, a few lines, and then they always loop back to those few lines, though often via circuitous routes.

The title is available to buy now: www.locusplus.org.uk 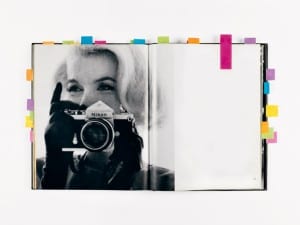 Representations of pop, advertising, psychology and autobiography through the eyes of photographer Anne Collier. 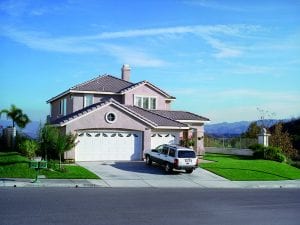 The Whiteness of the Whale at Bombas Gens Centre d’Art brings together three bodies of work by Paul Graham. 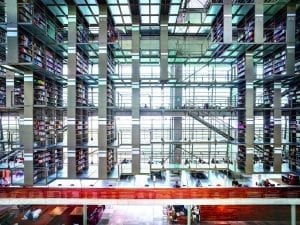