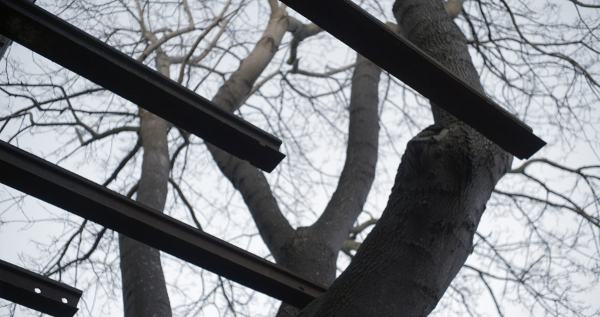 Bringing Scandinavian Noir to the English coast is John Skoog’s stark yet poetic film Redoubt. Towner Museum and Art Gallery, Eastbourne, has commissioned the 2013/14 ars viva prize winning photographer and filmmaker to create a film for his first solo UK gallery exhibition. Redoubt will be shown from 25 January to 6 April and will be accompanied by Near Dark, an exhibition curated by Skoog himself.

Building on the current vogue for Nordic thrillers, Skoog employs the traditions of Scandinavian filmmaking with the use of bleak and haunting landscapes, powerful studies of character and slow-pacing. With its quintessentially Scandinavian minimalist style, Redoubt echoes the films of legendary directors Victor Sjostrom and Mauritz Stiller. The film is set in the flat farmlands of southern Sweden and focusses on the lifework of a rural farmer, Karl Goran Persson who died in 1971.

Following the death of his parents in the 1940s, Karl became increasingly paranoid about the threat of Soviet invasion and so obsessively fortified his rye farm with concrete and junk – bicycles, spring beds, anything he could cheaply purchase at the scrapyard was mixed in concrete and cast onto the farm building. As the years pass, the concrete outer of this monument is worn away to reveal the inner artefacts of Karl’s manic fear. Despite an emotionally bare approach to narrative, Redoubt captures Karl’s nature through the stark yet intriguing landscape and argues that there are many different ways to live life.

Redoubt references two of Skoog’s earlier films which will be shown in Towner’s Collection Gallery between 8 February and 4 May, allowing viewers to watch the films in dialogue. Alongside these films, Skoog will curate Near Dark, an exhibition of paintings, drawings and prints from the gallery’s permanent collection. Near Dark compliments Redoubt as it plays on his atmospheric depiction of Sweden and investigates on the twilight hours between day and night when time stills and the land is silenced. 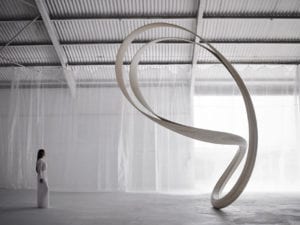 Design Miami / Basel takes Elements: Earth as its theme, looking at how approaches to making must evolve in response to the climate crisis. 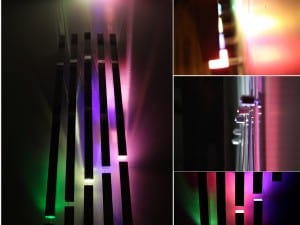 Hyung-Gyu Kim was selected as one of last year’s finalists for the Aesthetica Art Prize, capturing the judges’ attention with his installation Chromaphone II that examines sound/colour associations.