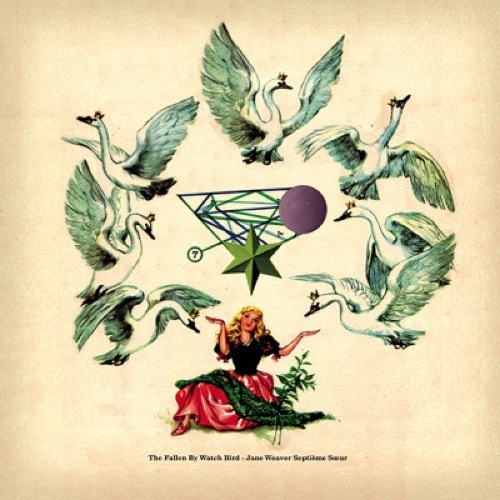 Jane Weaver’s 5th LP is the first to be released on her own label, Bird Records, and as a result, is a personally more fully-realised concept album than her previous offerings.

Inspired by Eastern European children’s cinema, 70s television music and 80s synth-pop, Weaver has created a misty-eyed folk album, which transports you to another time and place. My Soul is Lost, My Soul is Lost, And No One Saved Me begins with a pipe sound that isn’t far from Jim Henson’s 1982 fantasy The Dark Crystal soundtrack. This similarity is reinforced with the spoken voice over abstract music of harps and acoustic guitars in A Circle and A Star. Ethereal choirs on Hud A Llefrith complete the mise en scene.

Not for those who prefer loud guitars or run-of-the-mill Indie, or one to rock-out to in the car, but try it out if you want something conceptual, full of 80s fantasy film synths and mysticism. The Fallen By Watch Bird was out 14 June 2010.