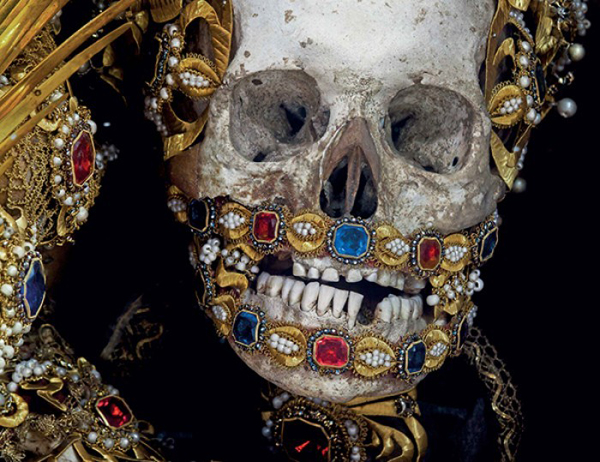 Adler & Gibb, a new play due to open at the Royal Court Theatre, focuses around two conceptual artists, Janet Adler and Margaret Gibb, who worked in New York at the end of the 20th century. As with Tim Crouch’s previous works, the play returns to his interest with form and marries it to a thrilling story of misappropriation. He has produced pieces for the Royal Court before, his credits include The Author, which toured across the UK and abroad throughout 2010 and 2011. We speak to Crouch ahead of the opening of Adler & Gibb about his attraction to visual art and his unique approach to the audience.

A: Adler and Gibb are two conceptual artists – can you tell me what inspired you to write this play and set it within the visual art world?
TC: I describe my work as a ‘”dematerialised” theatre. This is a loose and imperfect term but, for me, it suggests a theatre that is closer to being a conceptual artwork than a figurative or representational form. I have taken great inspiration from visual art (without destabilising my belief in the potential of theatre). My play An Oak Tree is named after Michael Craig-Martin’s piece from 1973. My play ENGLAND was written to be performed in visual art exhibitions. The eponymous figures at the centre of my new Royal Court play, Janet Adler and Margaret Gibb, were two New York-based visual artists who attempted to make a practice that resisted materiality, and instead resided in its audience, which meant their work could not be capitalised or commodified. The play charts the failure of their attempt and explores our culture’s devotion to the act of acquisition.

A: You are fascinated with form in performance, how does this interest come out in this piece?
TC: I have described the form of Adler & Gibb as being like a sub-plot to the play – or a character in itself that develops and evolves as the play progresses. It begins in abstraction and reaches its apotheosis in perhaps the most figurative medium we have. This play pushes an exploration of form further than any of my previous work – but it is there to support and illuminate the story being told. For me, form is a uniquely contemporary expression. Form talks about “now” – about how we are and how we communicate to each other. It can speak more forcefully than the stories it contains. It is theatre’s loss not to think more rigorously about form. Visual art has moved beyond all recognition in the last 100 years. Theatre is still mired in notions of realism. There’s a great quote from the American scenic designer Robert Edmond Jones: “Realism is something we practice when we aren’t feeling very well. When we don’t feel up to making the extra effort.” The form of realism is about an attempt to capture reality – and it is this acquisitive aspect of realism that I am interested in exploring.

A: In the past your audience has played its own role in shaping the performance. What should audiences expect this time?
TC: I try to make theatre that places the audience at the centre of its processes. This is not audience participation in the traditional sense – no one will be brought up on stage. As with most of my work, the audience can expect a piece that invites, to some extent, their role as co-authors. Space is left for the audience’s input – contradictions that require an audience to resolve. The play is complete but remains as open as I can make it. This openness is there to allow the audience entry. This sounds heavy duty, but it’s very playful in its engagement.

A: You write and direct this piece, what do you see yourself as first, a writer or director?
TC: There are three directors on Adler & Gibb. Me and my two long term collaborators Andy Smith and Karl James. (Karl works with dialogue in non-theatre settings; Andy has a theatre practice based in Lancaster.) The three of us have worked together on most of my plays for adult audiences. The demarkation of roles is fluid and determined by what needs to be done. Adler & Gibb is the first of my adult plays in which I have not been an actor. Usually I would say I was an actor first – an actor as the sharp end of communication between the audience and the stage; an actor who, as any actor should, recognises the authorial and directorial role in each performance they give.

A: What do you have planned next?
TC: A bit of a lie down. Adler & Gibb has been a big project for me. It was co-commissioned by the Center Theatre Group in LA and, we hope, it will be traveling next year. I’m touring a lot of my other work this autumn – including a tour to China in October. Andy Smith and I have been commissioned to write a book for 2015. I’m developing new work. It’s a good mix of new and old. 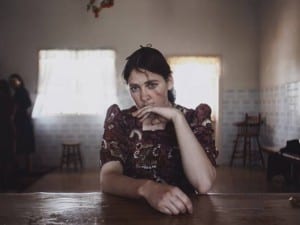 This year’s Taylor Wessing Photographic Portrait Prize has been awarded to Jordi Ruiz Cirera. The winning photograph captures a Bolivian woman who was clearly reluctant to sit for the camera. 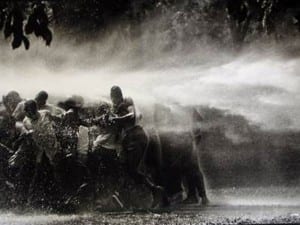