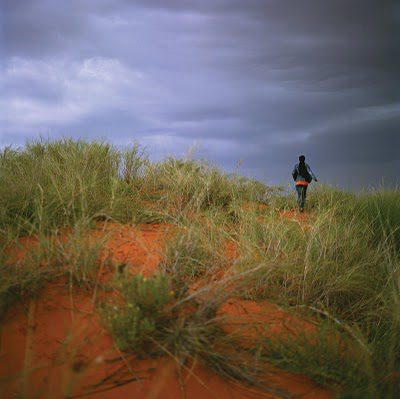 Lost Languages and Other Voices is Joy Gregory’s first major retrospective. The exhibition charts the artist’s career over two decades and confirms her position as one of the most important artists to emerge from the Black British photography movement of the 1980s. The title of the exhibition refers to the works Gomera (2008) and Kalahari (2010) in which Gregory highlights the cultural importance of marginalised African indigenous languages. Split into 14 sections, the show deftly explores themes of identity, gender, race, post colonial identities and stereotypes, and while the topics are intense, Gregory’s tone and presentation are quite the opposite. Her use of text combined with video installation explores these concepts in a skillful, honest and playful manner. Her sense of humour and sardonic wit are particularly evident in Journey to Kuona (2009) and Six Weeks (2009).

Journey to Kuona takes shape through a series of blurred photographs, which are printed onto foam canvas-board, and slotted together like a panorama, each photo varies slightly; a dirt track road, red soil and creamy white villas are unassumingly juxtaposed. Refreshingly, there is no accompanying text, the photographs take the air of documentary transcending the boundaries of fine art, however Six Weeks brings the sweet sound of clarity to this torrent of imagery. A collection of scribbled notes and doodles are traced onto 42 scraps of paper, and as the viewer follows the spider-like handwriting and cartoon diagrams a narrative and journey unfolds. The story goes likes this; Gregory was invited to Nairobi to be Artist in Residence at the Kuona Trust. She then realised she had forgotten the charger for her camera. Not to be thwarted, her mobile phone became her camera and pen and paper became a tool for documentation.

The blurred photographs and scribbled notes are poignant, acting like a diary of the artist’s experience. This creates an immediate relationship between the artist and the viewer, making the work all the more so personal and relevant. The notes give the still images depth, movement of thought and offer an acute observation on the creative processes. The text re-assembles specific and transitory moments that occurred between each shot, resulting in the mapping of Kuona.

Autobiographical work is often criticised for being self-indulgent and can be used as an excuse to skim over technique and quality. However, Lost Languages does not fall into this pit. Gregory uses her personal experiences to ask key questions which not only provoke, but evoke debate. Bottled Blonde (1998) examines the complexities behind the female desire to be blond and the associated racial implications. Sites of Africa (2001 – present) documents the relationship that London had with the African continent and the notion of absent histories. Throughout the exhibition it is striking to notice how many continents are represented in Gregory’s collection; Europe, Africa, Asia and the Americas. Such is the richness of this exhibition that it requires several visits to absorb everything that Gregory has to offer. This shouldn’t be a problem though, since, like all good things in life, entry is free.

Lost Languages and Other Voices continues at Impressions Gallery until 19 February 2011. Opening Times Tuesday to Friday 11am to 6pm. Late openings Thursdays until 7pm. Saturdays 12pm to 5pm. 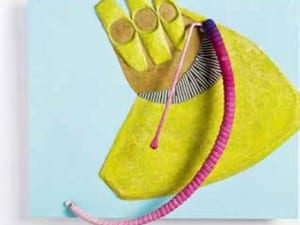 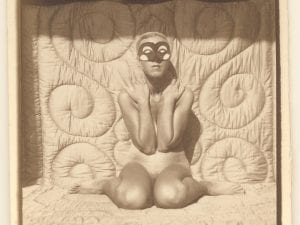 Filling all three galleries at the Camden Arts Centre is Nigerian fashion designer’s Duro Olowu’s debut curatorial venture. Making and Unmaking is a collection of beautiful and/or interesting items. 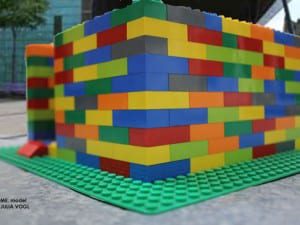 As a society we are less fixed on living in one place, Julia Vogl’s latest work HOME is a large scale public art work, audio and visual, that reflects Peckham’s residents’ ideas of why London is their home.