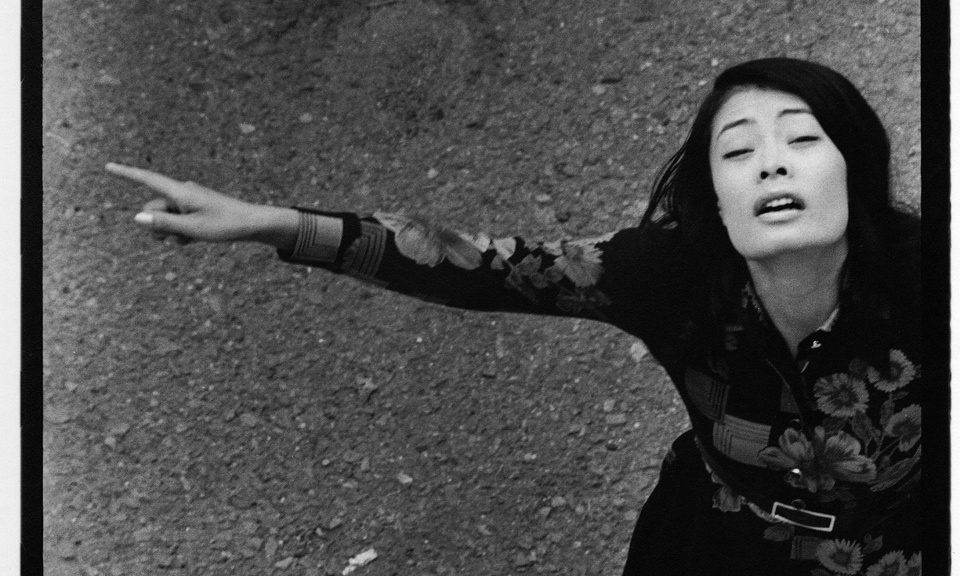 Founded in 1970, Les Rencontres d’Arles is a summer photography festival of more than 60 exhibitions installed across a selection of the French city’s outstanding heritage sites. Often co-produced with both French and foreign museums and institutions, the shows offer a prime opportunity to reflect on contemporary photographic practices. This year, the festival pays close attention to eight Japanese photographers in Another Language. Comprised of over 200 prints, both vintage and contemporary, the exhibition presents previously unseen bodies of work by well-known practitioners such as Eikoh Hosoe and Daido Moriyama, and also by lesser-known historic figures like Kou Inose and Masahisa Fukase. We speak to Simon Baker, Curator of Photography and International Art at Tate, about the show, which seeks to shed new light on photography in Japan from the 1960s to the present day.

A: What is it in particular that you believe makes the work of Japanese photographers so compatible with Les Rencontres d’Arles?
SB: Well, the idea behind Another Language is to present things that have never been shown in Europe, so we selected works from 8 Japanese photographers which had never been shown before. We weren’t specifically trying to say that Japanese photography is Arles, but that these are things that the Arles visitors will really enjoy seeing and that they won’t have seen before. The idea was to follow an exhibition which happened in New York in the 70s, which was the first major show of Japanese work outside of Japan. We took this idea and thought, what would it be like now to try and find lots of bodies of work that hadn’t been seen before and make a show? We returned to that original exhibition in New York, so some of the photographers are the same ones that were shown then, some of them are different, some of them have become very famous, like Moriyama and Hosoe. Others that were in that first show in New York have , in a way, disappeared, so it’s great to reconsider them now, 40 years later.

A: Can you discuss your experience of curating a show of photographic works largely unseen in Europe before? As a curator how do you believe each culture responds to contemporary art differently?
SB: I think that some of the works that we are showing look like the kind of thing our audience would expect to see from Japan – black and white street photography and so on. Other things look very different and correspond with things that are broader questions and interests at the moment. There are two series, by Hosoe and Fukase, which are really performative. I think that performance is something which is very exciting at the moment in art in general not just in photography, so it’s quite nice to be able to branch out and reach across different kinds of levels of interest. That’s something the new director of Arles has tried to do; there are shows that connect with music, there are shows that connect with architecture, and there are different kinds of connections between photography and other media – which I think is really important. In terms of curating the show in Arles, what we tried to do is to make the installations of each artist’s works look different. We’ve got some very classic lines of small vintage prints, as you might imagine they would have been shown in the past, then other things very large grids, designed by the artist to fill the space. You get the idea that photography can have many different formats as well as many different subjects and many different approaches.

A: Another Language displays the work of well-known practitioners alongside images by lesser-known figures. Are there any pieces in particular that audiences should look out for?
SB: The things that will be interesting will be interesting to different people for a variety of reasons. The Hosoe series looks a lot like his other work, but it’s never been seen. For a famous photographer, like Hosoe, to have a body of work that hasn’t been seen in Europe before is really amazing, and the same can be said for Moriyama. The two very famous photographers we included have a lot of fans, who will go straight to look at those pieces. But for me there are some great new discoveries. The work of Kou Inose has been attracting a lot of attention. There aren’t very many pieces, about 10 or 12 prints, but they are really remarkable. I had a walk around the show with Stephen Shore and he said: “who is this guy? He’s amazing. How did we not know about him?” Another stand-out piece is the series of work by Fukase of his wife, which was published a very long time ago and since then hasn’t really been seen. He photographed her everyday from a window as she was at work, and sometimes she looks back up at him and pulls faces. She looks really annoyed in some of them, and in others she’s giving him a beautiful smile. We’ve shown the works in a line, so you can really see her changing expression from day to day. That’s my favourite piece in the show, because it’s very sweet, very funny, and the photographs are amazing. I like the fact that we are able to show photographs with smiles in them.

A: In 2013, you curated major joint exhibition, William Klein and Daido Moriyama, at Tate Modern. What is it about Moriyama’s photographs that made you want to revisit his practice?
SB: This series of works at Arles are pieces that he made in his home of women, which is unlike anything he’s ever released before. He made the works over many years. It’s kind of a revelation. We never knew hat Moriyama did any work like that. It’s very intimate; it’s very personal; it’s very different to the kind of street photography we think of when we think of Moriyama. When I saw the material I thought, wow, people are going to be really surprised by this. It’s really very different, and that’s important. We want people to be surprised by the things on show here. This is just one piece shown alongside lots of other artists’ works, so it’s very different from the presentation at Tate. It’s nice to put him in context with photographers that he loved. There’s Hosoe who was his sensei, his teacher, then there are people who were influenced by him, like Daisuke Yokota and Sakiko Nomura. It’s a show that both bridges a generation and reflects an important lineage.

A: Spanning from the 1960s to the present day, Another Language unites a variety of subjects from landscapes to theatrical performances. Did you curate the show with any thematic trends or dialogues in mind?
SB: There are some. There are ideas of performance, which I mentioned before in the works of Hosoe and Fukase. I guess the key terms that connect all of the works are private and public, inside and outside, the streets and the personal. There’s also a lot poetry and collaboration. A lot of the artists have used literature to inspire them, or collaborated with an actor or a writer. There are these sort of avant-garde ideas of literature, but the thing you notice most when walking around the show is the contrast between inside and outside, between very intimate personal spaces and the streets as sites of performance and activity.

A: How does your work at Les Rencontres d’Arles feed into your role as Curator of Photography and International Art at Tate?
SB: The Tate wants to have a world class collection of photography, and a major part of that is Japanese photography. We’ve identified that strategically as something we want to be expert in, so this helps with that. And I have other colleagues who are busy becoming experts in Latin American photography, and that will help with another part of the strategy. It’s to do with enriching the expertise that we have, and our ability to work with artists. We’re building relationships with artists, which is really important. Another Language is, in a way, considered as research for an upcoming photography show on performance at Tate, where we will present two of the series featured in the exhibition in Arles. 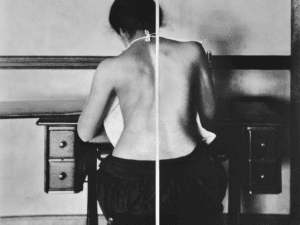 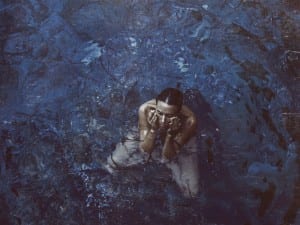 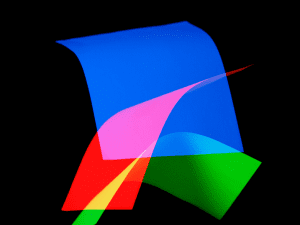 The Finnish Museum of Photography celebrates a centenary of controversial and subversive photographic abstraction.