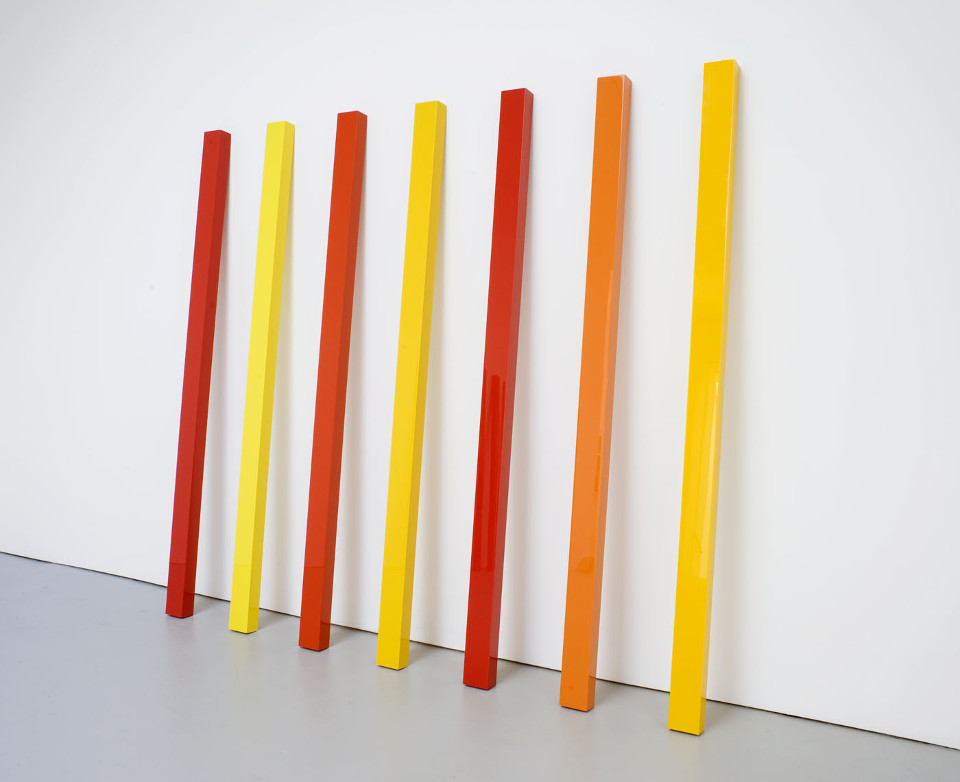 This week David Zwirner presents a collection of work by celebrated artists John McCracken and Franz West at the annual Frieze New York art fair. Representing over 40 artists and estates, the contemporary art gallery has expanded its reach from London to New York. Establishing itself as a leading specialist in minimalist work, David Zwirner hosts a variety of dynamic exhibitions throughout the year across three locations. We speak to Greg Lulay, Director at David Zwirner New York: 20th Street, about the gallery’s selection for this year’s art fair and it’s upcoming programme of events.

A: David Zwirner has returned to Frieze New York for its fourth consecutive year. Can you talk a little about the gallery’s presentation for 2015?
GL: David Zwirner is pleased to present the work of John McCracken (1934-2011) and Franz West (1947-2012) in a two-artist booth. We also have the great privilege of now being the exclusive distributor of the furniture designed by Franz West. At Frieze New York, we have the artist’s club chair Clubfauteuil and a couch Diwan. The gallery is also selling other designs, including a chaise lounge, a pouf, and another type of couch.

A: In your opinion, why are events such as Frieze New York important to David Zwirner?
GL: In 2014, our gallery participated in 17 art fairs on 4 different continents, in 8 different countries, and 12 different cities and this year we will do more. In 2015, we will be close to the same stats. Each fair has its own character and purpose. In the case of Frieze New York, we enjoy the opportunity to curate solo and two-artist booths. Last year we presented paintings and sculptures by Yayoi Kusama alongside sculptures by Donald Judd, the year before a historical type survey of photographs by Thomas Ruff.

A: Are you looking forward to a particular part of the Frieze New York programme?
GL: I always look forward to seeing what Cecilia Alemani organises for Frieze Projects. Our gallery in Chelsea is located just adjacent to the High Line, and we also appreciate what she does with the various art installations on the High Line, from large-scale sculptures to wall murals to film projections.

A: What do the New York 19th and 20th Street spaces have planned for the rest of 2015?
GL: Currently on view in New York is a true masterpiece by Richard Serra, a major new installation in forged weatherproof steel, which is on view through the end of July. Then this summer, also in New York, the gallery will have an exhibition of works from the 1960s and 70s by De Wain Valentine (b. 1936). A key member of what is often referred to as the Light and Space movement, Valentine is distinguished in particular by his in-depth scientific understanding of synthetic materials and his ability to manipulate these industrial products to achieve works that reveal his fascination with light, transparency, reflection, and surface. This show will focus on the artist’s pioneering achievements in polyester resin and present the key forms that he articulated and returned to during this period.

A: David Zwirner also has a gallery located in the heart of Mayfair. What’s on offer for audiences in the UK?
GL: In London, Belgian painter Michaël Borremans will have his first show in our Mayfair gallery. On view this summer, Black Mould includes small and large-scale paintings that feature anonymous, black-robed characters. Alone or in groups, they perform mysterious acts within monochromatic spaces reminiscent of an artist’s barren studio. Exquisitely painted with dramatic contrasts between light and dark areas, the series reaffirms the tension between representation and empirical reality that exists within Borremans’s oeuvre. 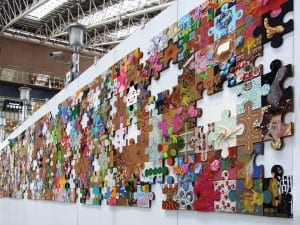 The city of Santa Fe welcomes artists from around the world for its annual celebration of contemporary art and culture, this year marking the 15th anniversary of renowned festival, Art Santa Fe. 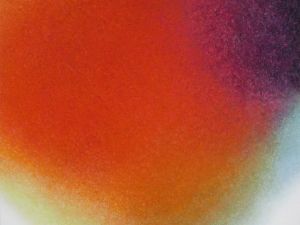 Art Kaohsiung, now in its third year, will open in the Southern port city of Taiwan on 11 December. Established in 2013 with 62 exhibitors, the fair has grown to cater for around 110 exhibitors with 700 artists from across the world this year.