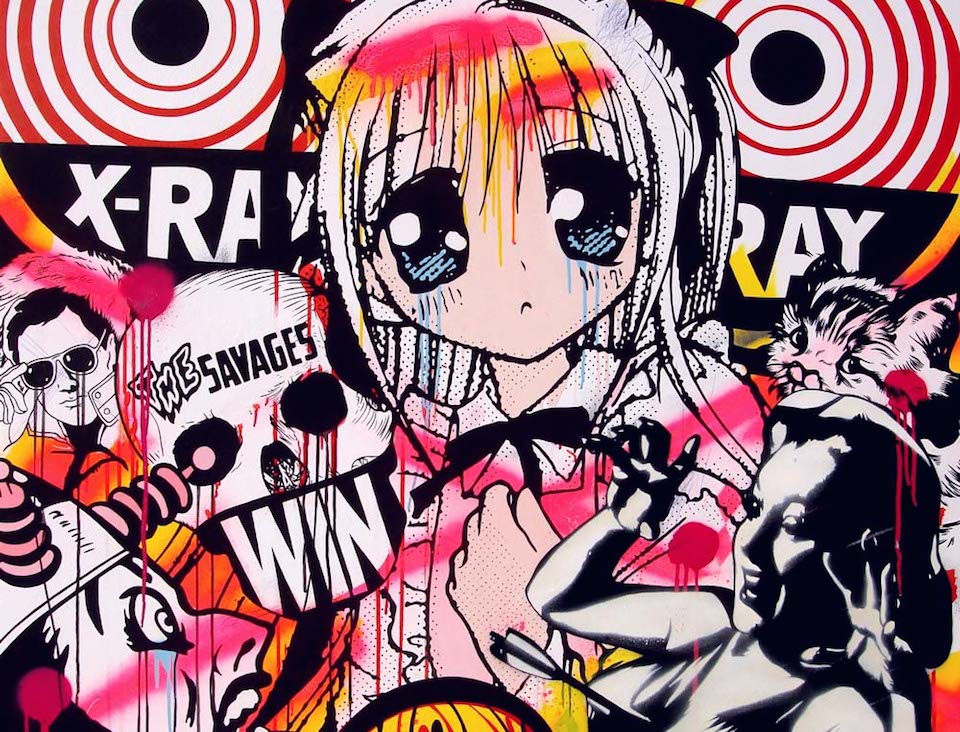 London Fashion Week is a who’s who of the international fashion world with major designers, models, and fashionistas flocking to London to see the latest and the best on the runway; in much the same way the second week of October could be called London Art Week. Not only do the major auction houses (Sotheby’s, Christie’s, Phillips de Pury, and Bonhams) hold their contemporary art auctions during the period, but there is also an extensive list of art fairs staged within London: Frieze, Scope, Zoo, and Pulse are but a few, with Kounter Kulture as the newest to hit the contemporary art fair circuit. The brainchild of Opus Art Gallery, this fair is an attempt to focus the attention back on the artists themselves — rather than the galleries, which in some cases become the main talking points. Walking around a fair such as Frieze, you are more likely to hear the words, ‘Have you seen [insert gallery name]’s stand?’ as opposed to “Have you seen [insert artist name]’s new work?” Kounter Kulture aims to change that.

The fair, which is meant to counteract the big names, bright lights feel of Frieze, will focus on exhibiting new and established international artists. You might be thinking, “Sounds a bit the same as any art fair?”, and fair enough. In essence an art fair is a market, so one cannot stray too far from established conventions, yet what Kounter Kulture is proposing is to present the artists and their work with a little less pomp and ceremony: to let the work sell itself. Don Smith, of Opus Art, says, “The core art fairs such as Frieze and Zoo seem to have moved their focus away from the artists and their work, which is what Kounter Kulture is passionate about reintroducing. By showcasing some of the best emerging and established artists on an international scale, we are providing our visitors with a cutting edge fair that appeals to a broad market and injects excitement into London’s art week.”

Art fairs are commercial ventures, so the attraction of collectors, wealthy collectors specifically, to them is of paramount importance to fair organisers and exhibiting galleries. Frieze, though it has been condemned by some for being too glitzy, works because it is slightly over the top — collectors flock there not just to buy art, but to be seen. The fair, comprised of over 150 exhibiting galleries and staged in a temporary structure on the south end of Regent’s Park, has had to battle Zoo, comprised of over 50 galleries and initially staged in the London Zoo at the top end of the park. Are they worried about other fairs encroaching on their toes (and their clients)? They should be: every year new fairs, events and exhibitions are cropping up offering more competition to these two fairs. Within the London art fair circuit they are probably the two most well known, and the two opening previews that committed collectors, dealers and critics frequent without fail. That being said, having that instant name recognition isn’t necessarily a good thing. Collectors and gallerists are always on the lookout for the next Damien Hirst, something you probably aren’t going to find at the large established fairs: the artists exhibited are already represented by a gallery and the very fact that their gallery has a stand at Frieze or Zoo shows a certain cachet. Emma Poole of Opus says, “You kind of see what the established artists have been doing that’s new and that’s it.” — but that’s not enough. Therefore, collectors need somewhere to turn to: Kounter Kulture being the antidote.

As an entity, an art fair needs to have fresh, exciting works in order to attract clients. This isn’t as easy or simple as it seems. Art fairs must be able to adapt, as did The European Fine Art Fair (TEFAF) Maastricht, when they opened their notoriously difficult and lengthy waiting list this past year to allow the presence of five new contemporary exhibiting galleries. TEFAF, which was founded by, and is run by dealers, changed with the market rather than to try and dictate the way in which it runs. Though criticised by some collectors, dealers, and attendees, who felt that the inclusion of “new” contemporary galleries was antithetical to the approach of the fair, TEFAF board members realised that in order to attract young wealthy collectors they needed to appeal to a different type of clientele. In reality, the age bracket targeted (20-40 years of age) does not typically collect silver, porcelain, or antique armour — they are much more enamoured with, and appreciative of, contemporary art. Place them in a situation where they can obtain the contemporary works, but at the same time, are exposed to antique silver, porcelain, or antique armour, and the odds instantly increase of them gaining an understanding, and hopefully passion for, these types of works of art.

Kounter Kulture, which specialises in contemporary art, is a slightly different case, but the same basic idea holds true: attract the collectors, critics, and gallerists, and the fair cannot but be a success. The inclusion of graduates and Chinese contemporary artists, relatively undiscovered markets within contemporary art, is an obvious way to go about staying fresh (which Poole points out they are doing), but further than that they are inviting a guest curator. “We’ve got an artist, Pure Evil, who is curating the urban part of the fair, so that’s something we’d look at; bringing in guest curators. Because that way you are bringing in fresh ideas.” As well as offering a fresh perspective on the art works, this allows the artists to take a controlling role in the organisation of the fair: “I think that artists are always looking for new opportunities as well. Rather than just kind of curating art works it’s nice for them to bring in new artists as well.”

Kounter Kulture deconstructs the idea of the fair, with specific stands for each gallery, and instead organises areas within the space according to an almost thematic-based arrangement. Urban Art, Contemporary, Recent Graduates, Prints and Chinese Contem­porary are all included. Fairs, which can be fiercely competitive and stressful for both the artists and gallery owners, breed an atmo­sphere of almost forced productivity. Artists feel pressure from their galleries to produce work, to deadline, for the shows, and gallery owners are often left at a loose end when the work is not ready in time and they are forced to substitute other works or exhibit with a limited stock. Can Kounter Kulture avoid this by including such a large stable of artists? Perhaps — but only time will tell.

What Kounter Kulture is counting on, as do most art fair organisers and exhibitors, is that even though the market is perhaps slightly over-saturated with fairs, exhibitions and parties during London Art Week, the amount of people visiting London specifically to attend these events is increasing exponentially. There is by no means a lack of collectors and even with the economy as it is, top quality art works are holding steady as desir­­­­able purchases and those with money who want to buy will buy.

Kounter Kulture will be held 15– 19October at the Truman Brewery on Brick Lane, London, a fitting venue as not only is it wedged in amidst the East End galleries and art scene, but it often plays hosts to exhibitions, festivals, and markets. Is this enough; location, artists, strategically placed to occur within London Art Week, to make it a success? The optimism in Poole’s voice is catching, “I think in October in London, you know, that’s where the art world is; the gallerists, the artists, the dealers, the collectors…. I think it’s really exciting, London is really buzzing.” There isn’t a sense of naivety though, you get the sense that Opus Gallery is hyper-aware of the risks and the competition that exists within the contemporary art fair circuit. It sounds more like an absolute belief and conviction in their artists work, rather than a misguided faith in the absolute bullish power of the contemporary art market, and that’s what will make Kounter Kulture a success. What was Poole’s reply to whether they would stage a Kounter Kulture 2010? Without hesitation she states, “Absolutely.” www.opus-art.com. 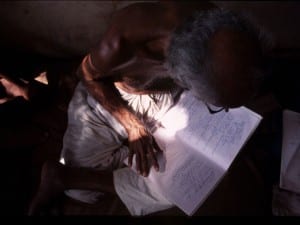 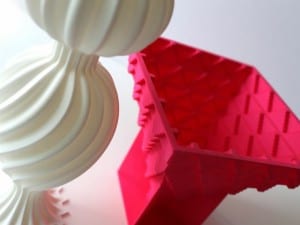 Introducing the 2013 Designers in Residence at the Design Museum

The Design Museum’s annual Designers in Residence programme provides a platform to celebrate new and emerging designers at an early stage in their career. The programme is now in its sixth year. 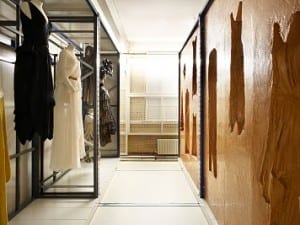