The rock and roll lifestyle may be all glitz and glamour to an outsider, but rockumentary Hit So Hard shows precisely how one musician paid the price for fame and fortune.

Alcohol, narcotics and inner turmoil seem to be, unfortunately, synonymous to varying degrees with a successful career in rock and roll. Maintaining the highs received by playing to hoards of supporters, and emulating the adoring eyes when not in the spotlight, is often assisted by other substances to make the lows not so frightening. There has been a bounty of documentaries on this subject spanning the ages, due to the fact that some of the real-life drama is so infinitely rich it sounds fictitious. Some of the films’ end results adhere to the fans’ well-loved, teeny bopping, preconceived sensibilities, while others delve deeper into the inner demons that might have, or should have, otherwise been left uncovered (Metallica in Some Kind Of Monster, 2004).

The key to a successful, engaging music documentary is honesty. With all the glitz and glamour that surrounds the entertainment industry, the rock doc must do away with the veneer and grapple with the heart of what it takes to be a notable musician. As long as, from the outset, the audience can see that the journey that has been made by the protagonist is one of overcoming struggle in an ultimately human and familiar way, then you are on to a winner.

In this very way, Hit So Hard ticks every box, intricately detailing a life pushed to the very brink of destruction. A film documenting the career dips and dives of Patty Schemel, drummer with the 1990s grunge band Hole, it is an entirely earnest representation of an adult life nothing short of difficult, due to the negative offshoots of fame, namely the influence of illegal substances. Director P. David Ebersole has approached this film in as delicate a manner as humanly possible, only touching tastefully on Patty’s sexuality, and focusing on her status as an “extremely good drummer” rather than a “female drummer.” In a style reminiscent of Martin Scorsese’s No Direction Home: Bob Dylan (2005), Ebersole interweaves talking-head interviews with archival footage and unseen, priceless tour footage which darts through epochs, flouting all the rules of chronology. Hit So Hard is Ebersole’s entrance into the world of documentary filmmaking; his debut is emotive, educational and ultimately harrowing.

Initially meeting Patty Schemel through mutual friends within creative circles in Los Angeles, Ebersole wasn’t directly involved with the mid-1990s grunge scene. Describing himself merely as a “fan of Hole, and a bit of a fan of Nirvana”, the friendship between the two was not rooted in the complexities of the music industry. They became close and at one important point, Patty raised the topic of a vast treasure trove of lost tapes she had filmed during her days with Hole. “She brought over a box of tapes shot on Hi-8 basically asking if I could help her preserve them. It started as me doing a friend a favour, and before we knew it we were watching them together and talking through all the things that had gone on around the time of filming them,” says Ebersole.

The intimate and personal nature of what Patty captured had a naturally forming, very personal and intimate story, which tied together the narrative. “It was amazing to have a peek into a rock and roll world,” Ebersole continues, “one that not many people ever got a chance to be there for. The footage to this day, even the raw footage, you just find yourself immediately compelled and drawn in by.”

Being slightly removed from the die-hard nature of being a hardcore fan in fact benefited Ebersole in his fact-finding interviews: “Someone who was more of a fan might have become overwhelmed by the idea that they were going to see backstage footage. I was more interested in the story, which allowed me to ask questions I didn’t necessarily know the answers to. It helped the film because it had to communicate to more people than those who were immersed in that scene from the get-go.”

Patty liaised with celebrities on a daily basis, which is part and parcel of the fame that partnered her success. Opting to avoid the star-struck potential completely, there are only hints, with the briefest of shots of the likes of Drew Barrymore. “There were times where they might be out at a restaurant with, say, Michael Stipe and the footage wasn’t anything other than that. If it didn’t add to the story, there really wasn’t any point in showing any celebrities.”

Even with so much unseen footage of the white-hot celebrity aurora of Kurt Cobain and Courtney Love, the film’s main challenge was not to show too much of the couple in order to avoid overshadowing Patty’s narrative. Instead, they played their role as Patty’s close friends, with intimate, touching, familial moments. “Our challenge was to portray them as regular normal people; a young couple in love with their new baby. We felt that if you could humanise the icons, you could better understand the danger of the scene to someone like Patty.” Ebersole continues: “They were such big personalities. Courtney could take over the film in just five minutes because she is so much fun to watch. We have a tonne of really great footage of her just doing something outrageous and fantastic, but we had to show the surrounding chaos and how it was hard on Patty.”

The one-to-one interviews with Courtney Love are some of the most fascinating, electric moments of Hit So Hard. Adorned with bright lipstick and doll-like blusher, Love manoeuvres and writhes throughout the sessions. Almost climbing into the skin of a caricature of herself, she actually surprises, and despite the theatricality, she exudes a warmth and likability. Ebersole agrees: “Courtney Love is a force of nature. It was really fun, but it was also an insane experience, as you might expect. It’s funny because she makes fun of it herself. She doesn’t know why she wore that eyeshadow or ate cookies throughout the entire interview. She gave us a very personal and real interview about her dear friend. Courtney didn’t do the interview for us; she did it as a gift to Patty.”

Hit So Hard is edited in a fast paced, almost jarring manner, fitting with the 1990s grunge ethos of being completely rough around the edges, uncompromising and harsh. Playing like a movie-length trailer, occasionally the softness of some of the narrative strands are lost in the haze of the editing, specifically when the voice-overs clash with on-screen text. Although, as Ebersole explains, there is method to the madness: “The film feels very fast because there’s so much to look at. The camera was Patty’s, which means she was shooting a lot and often not in frame, so when she wasn’t talking we found we wanted to pull her back in to the story. Getting to know her character, you see that her expressions are so funny, so we wanted the audience to fall in love with her like we did.” Drawing inspiration from the Woodstock (1970) documentary, Ebersole paid homage to its split screen editing and interviewing techniques.

There is a great, and yet subtle, strand of female and sexual empowerment that runs throughout the film. Schemel’s sexuality and her evident struggles because of it were a necessary part of the story. Describing himself as a feminist, Ebersole found it “only natural for me to be interested in that part of Patty’s story. We felt like there was an incredible uniqueness to what Patty went through, and there were many important political statements being made intuitively by the people making the music coming out of Seattle. Although, if you speak directly to them, most will say that they weren’t really into politics at the time.” But their movement and message was inherently political, whether it was intentional or not. The fact that Patty is a female, openly gay drummer sent an overt message to a patriarchal music industry, and the reckless swagger of Hole as a (mostly) female band challenged modern American notions of women as the subordinate: “This is still something that needs to be addressed in the industry.”

At its simplest, Hit So Hard makes you abandon your thoughts of the protagonist rock star the film is based upon, and leads you to focus on a story that is rooted in the loss of not one, but two very close friends in a short period of time. It’s this rich, emotive angle that makes Hit So Hard so unique, and a very moving portrait of a woman whose life has been at once enriched, destroyed and rebuilt by rock and roll.

Hit So Hard was released in select cinemas nationwide on 9 November. 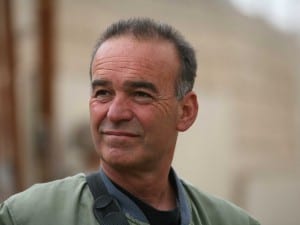 Nick Broomfield is somewhat of an enigma, favouring the participatory approach to documentary filmmaking, thus making a profound mark on his films. 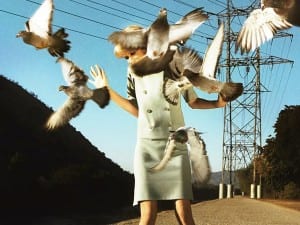 A new solo exhibition of the work of American photographer and filmmaker Alex Prager, opens at the National Gallery of Victoria. Founded in 1861, Australia’s oldest public gallery introduces audiences to Prager’s photographic projects. 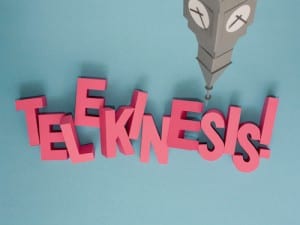 From the very first sun-drenched guitar chord, Telekinesis! is imbued with an overarching immediacy – wrenched, quickly, from somewhere raw and honest.