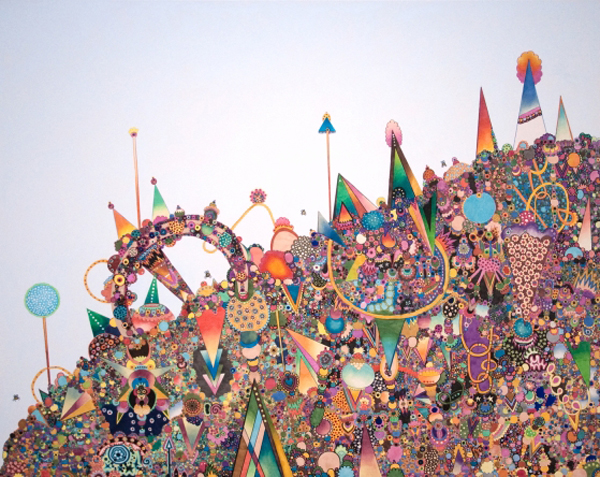 Running until 16 March 2014, Arcana is a vibrant exhibition which draws on the mystic origins of the word ‘arcana’ as a celebration of secrets. While these artists are all different in their style, choice of medium and execution, the works are being brought together to unify a sense of sanctity as well as the notion of the revealed, concealed and of portals and the mystery.

Nelson’s hallmark is her creation of illusory spaces through carefully constructed and highly detailed paintings. Working with Indian ink and mixed media, she weaves together fairy tales, sexuality and the idea of webbing along with drawing on the aesthetics of patterning.

Using colour sparingly in her work, Poppe’s muted canvases expressed in milky hues and delicate brush strokes create a luminous floating effect. The artist works from photographs which she refers to as “Seredipitous rather than staged”, her paintings have a sense of immediacy to their making and within them information and sources are both revealed and concealed, creating distance between the original subject and the finished work.

Finally, Stephens presents all new works, inspired by a recent residency in the Sultanate of Oman. Working in subtraction, the artists often creates minimalist line drawings and sculptures that invade and interact with the architectural space in which they are installed.

Together these three female artists have created their own arcana using different media, mixing them all together, just as they combine mysteries, secrets and visual stimuli.

For more information about the Arcana exhibition please visit www.artecogallery.com 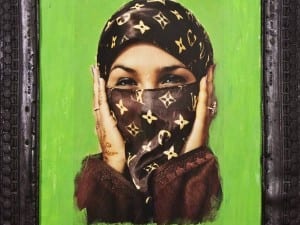 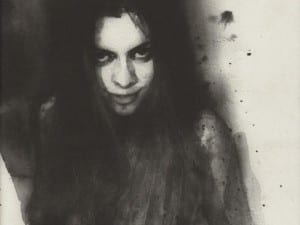 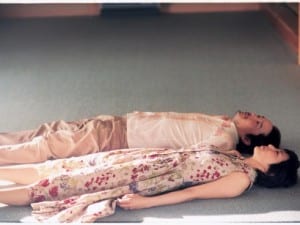