“I’m not a film purist, for me it is about my own enjoyment; I really don’t feel part of a debate between film and digital.”

Purists may argue that film should be displayed as film – the Lumière Brothers adapted the camera they shot with to become the projector they would display with. The debate between film, digital and display is regular discussion point around artists’ film and video, yet some artists’ work questions the relevance of this debate. “People should just use the medium they are comfortable with, which responds to their ideas and their practical means”. Ben Rivers films on a wind up 16mm Bolex camera and develops the film in his kitchen sink, occasionally he has the film teleclined and edits digitally on screen before reconverting the final article to film, with which he usually exhibits.

This flexible attitude regarding his medium corresponds with the various ways Slow Action, a new commission by Picture This and Animate Projects, has been displayed. Currently at Matt’s Gallery, London, Slow Action is presented as a single channel 16mm projection. The gallery accommodates individual bean bags and wireless headphones for a comfortable, cinematic and solitary appreciation of the work. The works premier, at Picture This, Bristol, was screened as a four channel video installation. The viewer sat in the centre of four screens hanging from the ceiling on to which the film was digitally projected from behind.

The form of each display renders a different reading of the work. The single channel presentation administers a narrative sensibility, more in tune with a cinematic experience. The film has a defined beginning and end point and the awareness of cinema is heightened by the presence of ‘the projector’, on display entering the gallery. The four channel installation feels more consciously like a gallery experience, encouraging the feeling of an audience sharing the film. The narrative of the film in this context becomes fragmented and offers the possibility to go off on a tangent. Online, viewing is more reminiscent to the experience one might have with iPlayer. Comfortably at home, you can choose to play and pause as desired, flipping between tabs or windows of each of the four films, you have the freedom to tailor your experience of the work. The online display of the work amplifies this potential to become sidetracked from watching the film and, in this sense; the work becomes more integrated with the audiences’ day to day.

Each configuration of Slow Action has been effective, so is there a best way to view Slow Action? We asked Ben Rivers to find out.

You seem flexible with your use of 16mm, this confidence in shifting techniques is also evident in your display. As well as Picture This, Matt’s and Animate, I also understand Slow Action was screened at the Rotterdam Film Festival. What was that like and what is your favourite presentation of Slow Action?

I am still very much interested in showing my films in the cinema and in festivals – I am interested in how showing work in different spaces can change the work based on an audiences expectations of those spaces. So I would find it hard to say I have a favourite because both cinema and gallery offer something different, while neither being perfect. Though at a push I would say I am most happy, in terms of Slow Action specifically, with the presentation at Matt’s gallery – what you get is a very thought-out environment, which also has the immersive darkened and shared space of cinema, a captured audience because of the timed screenings (and as far as I’ve been told the majority have stayed the 45 min duration), as well as being intimate because of the cordless headphones – and very comfy with the beanbags.

How happy were you with giving up all control of viewing Slow Action to the masses online?

This was the first time I tried this and I’m unsure about it. I like watching things myself online, but knowing how I do that, and how everyone else does, it bothers me a bit. I prefer people to see my films from beginning to end, which is also why I have always tried to find ways of encouraging audiences to watch from start to finish in the gallery, either with timed screenings or with push buttons to start the film which automatically stops at the end.

Each of the four films which make up Slow Action were released each fortnight on Animate, rather than all being launched as a collection in one go. Some audiences may have been misguided into thinking, for example, Eleven was a film in it’s own right…does this bother you?

This was my idea. I wanted to make it clear that this wasn’t actually the real article as such, or at least was a very different experience to the other ways of seeing the piece. What I really hope is that this way of seeing is a precursor, and if someone is interested by it they will come and see it at the gallery or at a screening, or it can be used as a reminder after seeing it projected. I think this film in particular, partly because of the scope aspect ratio, needs to be seen big.

Slow Action, commissioned by Picture This and Animate Projects, is available to view online at animateprojects.org 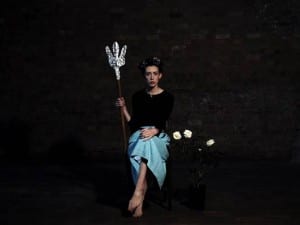 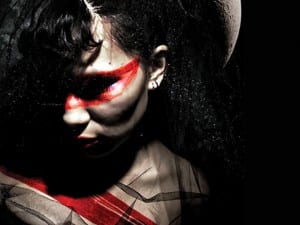