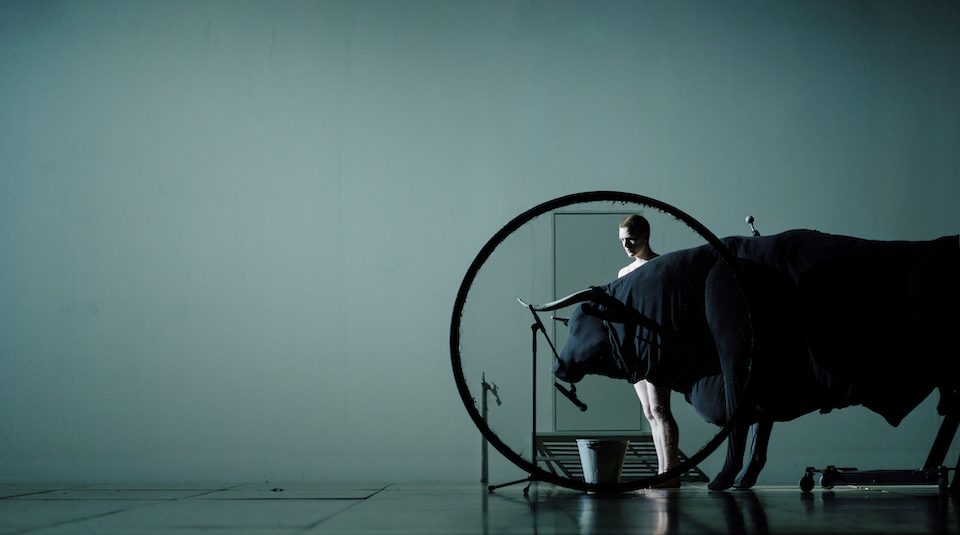 Ladders leading to nowhere. Suited figures scrambling walls. Folded bodies, crumbling bricks and dancing silhouettes. This is the world of Dimitris Papaioannou (b. 1964), a Greek artist best known for his direction of the 2004 Olympic ceremonies in Athens. His latest work, titled Transverse Orientation, is part of Dance Umbrella, London’s annual international dance festival.

From 21-23 October at Sadler’s Wells, Papaioannou will blur the lines between theatre, experimental choreography and live performance – transforming bodies and objects through illusion. In this way, Papaioannou proves himself as “a true master of visual spectacle”; bold lighting, minimal objects and shadows clash and collide.

But Transverse Orientation is not only about visual trickery. It is deeply rooted in mythology and art history – with humans and bulls and parading against deep orange backgrounds. Every scene is filled with surreal moments; at times, the 20th century avant-garde films of Jean Cocteau (1889-1963) come to mind.

Above anything, Transverse Orientation is a deep dive into the human condition. It explores existential themes and our compulsion to find meaning on the journey of life. Taking inspiration “from the natural behaviour of moths to seek light”, it holds up a mirror to human desires and our relentless pursuit of answers. As performers intersect with metal chairs, planks of wood and doorways, audiences are presented with vivid – yet often humorous – images.

The piece is co-commissioned by Sadler’s Wells and Dance Umbrella, whose festival returns with in-person performances for the first time since 2019. There are also a number of digital events taking place, aimed at sparking conversations, inspiring creativity and celebrating choreographic talent. The 2021 edition runs until 24 October. 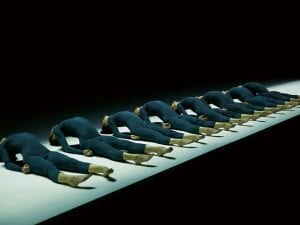 The inventive performance group return to Sadler’s Wells with an exploration into their own potential both physically and existentially. 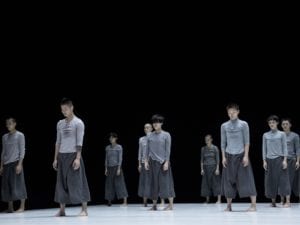 The innovative TAO Dance Theatre is recognised for a minimalist approach to performance. The inventive studio returns to Sadler’s Wells.