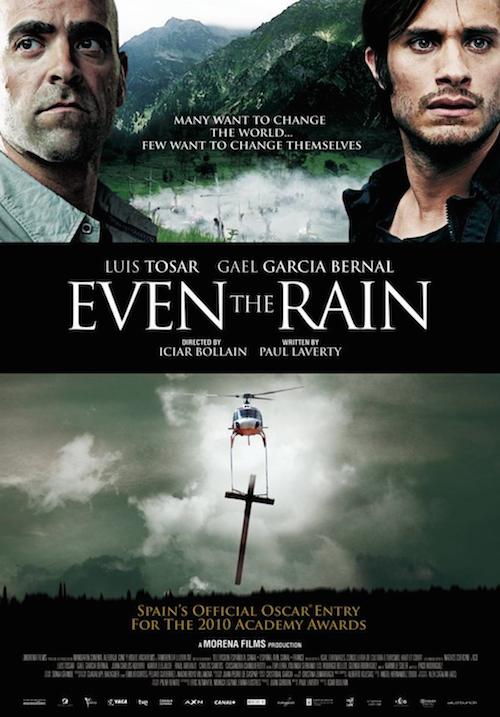 Paul Laverty’s script could so easily have been made by Ken Loach. If so, this very human story may well have been overwhelmed by overt politicising, flag-waving and the importance of The Message.

Set in Bolivia in 2000 at the height of the civil unrest as peasant folk demanded the right to receive clean water, Even the Rain begins with a film-within-a-film construct as a writer and director team (Gael García Bernal and Luis Tosar) begin shooting an epic take on the life of Christopher Columbus.

Soon history and current events are crashing into one another with such violence that our heroes, having blundered into a revolution, face no option but to become involved.

Laverty manages to draw parallels between 16th century invaders and 21st century oppressors. Always it’s the little people who suffer. Echoing films like The Year of Living Dangerously and Salvador, Even the Rain avoids becoming an exercise in brow-beating. Instead it allows its characters time to breathe and to listen to their consciences, which wake up screaming in frustration and disbelief.