24% of UK adults have a cat, with an estimated population of 10.9 million pet cats. 26% of the UK adult population have a dog with an estimated population of 9.9 million pet dogs. Even still, according to PETA, at any given time there are an estimated 100,000 dogs without homes in the UK. The aim of Smith’s project is to modernise the dog re-homing experience – making it more convenient and informational for both the adopter and the rescue shelter volunteers. Smith was inspired by working for the RSPCA, wondering why a larger quantity of people in their 50s and above were re-homing animals, but not many from the younger generations. Smith wanted to help find a solution to normalise the idea of rehoming animals. 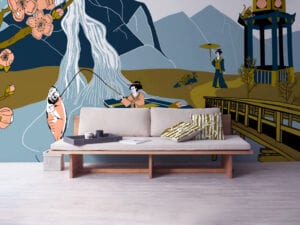 Gemma Singleton explores how visuals can replicate the experience of a bio-organic world, through the duplication of plantlife or bodies of water. 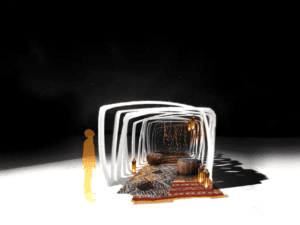 Louna Aissi’s work is an effort to design a cultural centre that provides for the existing local Moroccan community of North Kensington, London. 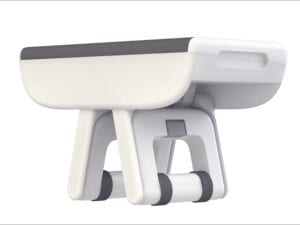 Rameel Siddiqui is a product designer with a strong focus on functionality and sustainability. He has always been naturally drawn to the world of design.