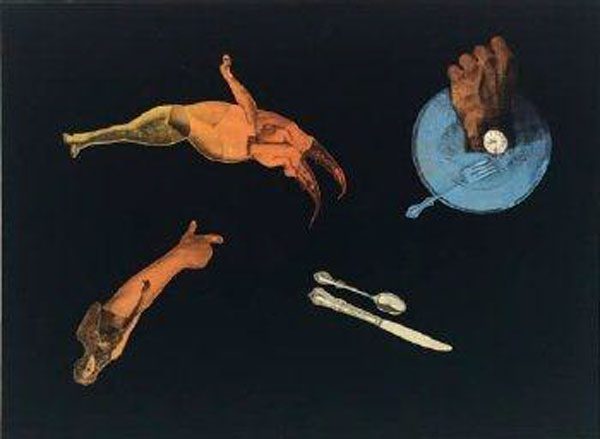 Thomas Dane Gallery, in collaboration with Corbett vs Dempsey, Chicago unveils the first survey of New York – based artist Dominick Di Meo’s work outside the United States tomorrow in London. Limp Voyeur in a Humid Landscape will provide a rare opportunity to encounter Di Meo’s surrealist paintings, sculpture and mixed-media reliefs from the 1950s and 1960s, when he played an active part in the famous “Monster Roster” – a group of painters and sculptors characterised by their mystical, fantasy-like works.

George Carlin once said that the best laughter is forbidden laughter – like when you’re kneeling over the casket. Something strikes you as funny, wickedly funny, but you know it shouldn’t be. Dark humour. Black Humour. Gallows humour. Sniggering in the face of a dire situation. Dominick Di Meo’s work embraces these contradictory energies. In the 1950s, as part of the group of Chicago painters and sculptors now known as the ‘Monster Roster’, he was at home making images of ontological angst and gawping terror. Di Meo was roommates with Leon Golub, chief ringleader of the Roster and no stranger to the dark side. Di Meo’s work was as fraught as that of Golub, Nancy Spero, June Leaf, or Seymour Rosofsky.

He grew into his own distinct artistic persona in the early 1960s, an evil sense of humour began to sneak into his work, a humour often aimed at himself, his physical body. A group of remarkable reliefs that he made in Italy from 1961 to 1963 features disembodied arms, floating in an atmosphere, cavorting with starfish, sometimes replaced by a fork or wizened to near bone.

Drawings from the same period often utilize rubbings, sometimes from the wood of his studio floor or license plates, sometimes from his own reliefs. Cartoonish heads are misshapen, bleak, blank, quizzical, but rich with detail and buzzing with vortical motion. Whatever ink he used on these is so dark it’s blacker than black, a terminal black, eating light and spitting out void. By the time he moved to New York in 1968, Di Meo was using a transfer technique he discovered to appropriate photographic images for his canvases. These are perhaps lighter in tone, less dire, but still as perverse. Torsoscape, for instance, sits a tiny head atop a landscape/body, the horizon made into big shoulders.

Limp Voyeur in a Humid Landscape buries a squiggly figure in a field of stencilled objects, the moisture oppressive and manifest. In one small canvas, structured much like Torsoscape, Di Meo swaps in his own face atop the pile, a mirror image at the bottom, separated by a rope wrapped around the painting. It’s like he’s looking into the water, narcissus literally bound to an image of his own limbless physique, at once self-deprecatingly jovial and deeply claustrophobic.

This December Coldharbour London Gallery will be exhibiting The Day The Factory Died, a collection of never-before published photos by acclaimed fashion photographer Christophe Von Hohenberg. 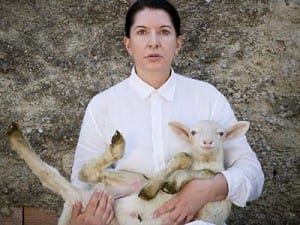 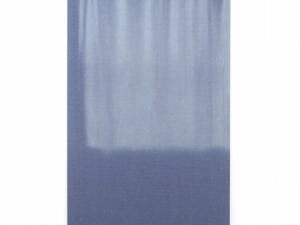