David Spiller: Walk on the Wild Side at Portland Gallery, London 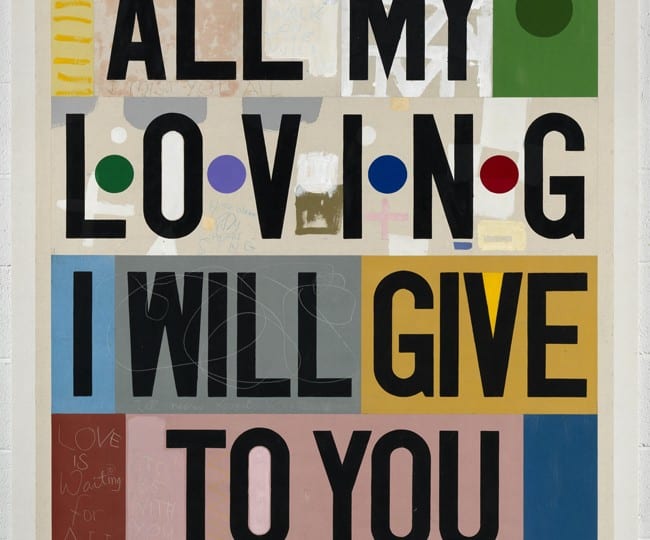 David Spiller’s first solo exhibition Walk on the Wild Side, opens tomorrow at Portland Gallery and will run until 18 October. The exhibition will focus on the British artist’s pioneering use of text, showing earlier pieces dating back to 1963 including I can’t give you anything but love and murder baby, as well as new works from 2013 including You must be an angel.

Spiller’s work can be closely aligned with Pop Expressionism; many of his painting’s titles derive from pop lyrics and cartoon’s including Popeye, Felix and iconic Disney characters from the 60’s. However, Spiller’s artistic style is unique, as he often stitches panels together to create canvases and tends to work on the ground, similar to Jackson Pollock. Spiller’s use of colour, patchwork, drip painting and stencilled text, as well as scribbled and scratched freestyle writing and drawing, distinguishes him amongst all other artists. Spiller has always used text in his work. Spiller went onto develop his use of text and took to using stencils after living in New York in the late 80’s. He still uses many of the original fonts in his work today and one of his first stencil pieces was Take my hand and dry your Tears.

Spiller’s use of text, line and form has always been his recognisable, signature style. His art is filled with life and passion, and compresses a world of influences, ideas and impressions. Spiller’s work is a blend of styles, mixing the hard-hitting immediacy of Pop Art – its bright colours, punchy texts and clean lines – with deceptively simple expressionism. To his striking images, he has added another layer of intuitive freehand texts that include lines from his favourite songs (by the Beatles, Bob Dylan and other recognisable pop figures that have seeped into his consciousness). He fuses cartoon characters that we know and love with elements of autobiography, songs, stories and memories, capturing the imagination of adults and children alike. 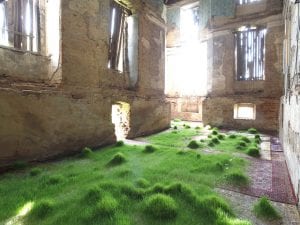 The Korean Cultural Centre UK (KCCUK) continues in its efforts to introduce Korea’s vibrant contemporary art scene to the UK with its new exhibition, Riptide. 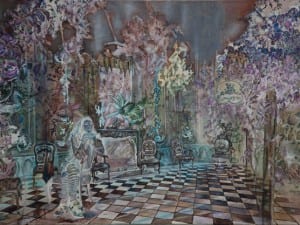