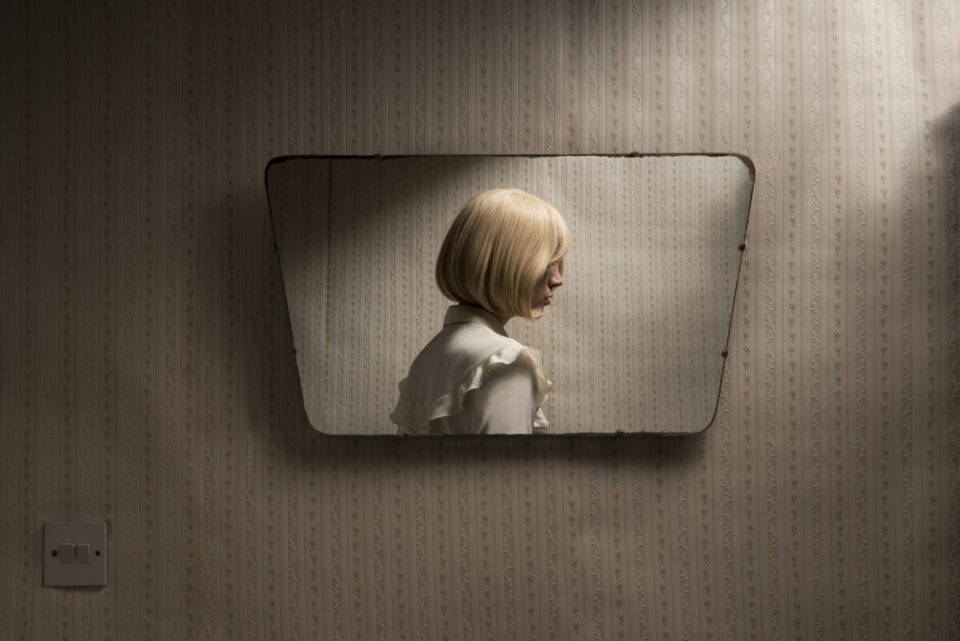 Working as photographer, set designer, model and stylist, she stages each image alone in her own home – taking inspiration from the silent theatre of Edward Hopper and the surreal paintings of René Magritte. In 2021, her work – which captures mundane events through a cinematic lens – has been recognised by the Lens Culture Art Photography Awards and was shortlisted for the Prix Levallois.

Distraction, consumerism and materialism are central to Bourner’s oeuvre, which is populated with symbols of passive entertainment: TVs, phones, computers. The series also taps into our contemporary fixation with productivity. On social media, we are constantly bombarded with adverts, apps and infographics about how to “work better.” How does this affect our wellbeing? Are we striving for the impossible? Bourner’s pictures seem to suggest so.

“The ‘ordinary’ is less and less desirable,” she says. “If you work hard enough, you can seemingly achieve anything.” In one image, a character looks up at a picturesque mountain landscape. The place in the poster feels entirely out of reach; it’s simply an image copied and pasted into a claustrophobic environment. After months spent in lockdown, these staged portraits feel like stepping into a troubling daydream. 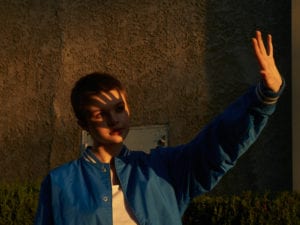 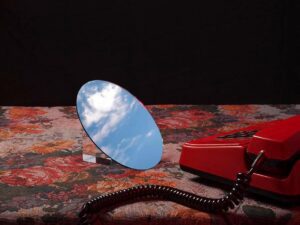 Telephones hovering in mid-air. Half full glasses of water. Clouds reflected in pitch-dark rooms. Zane Priede is a self-taught photographer based in Riga. 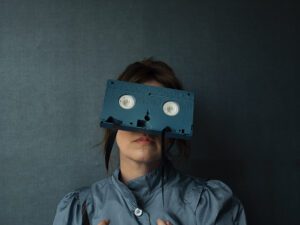 The Power of Colour

Memory, loss and family are central to Heather Evans Smith’s latest series, which is filled with visual metaphors surrounding the colour blue.